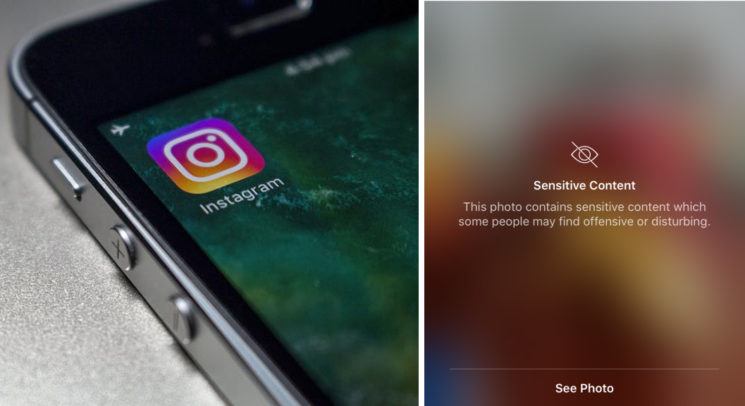 Instagram will soon show the newest feature, in an attempt to resolve the issue of “sensitive content.” A few days from now, what people report as the “sensitive” post will appear blurred and you’ll have to manually uncover it by tapping it. It seems useful, but there are some points to discuss. Will this raise the level of censorship on Instagram? And who can tell what’s “sensitive” and what isn’t?

According to Instagram Blog, the feature will work based on people reporting the images they find inappropriate:

As part of our goal to build a safe environment, we also have some updates to announce. Soon you may notice a screen over sensitive photos and videos when you scroll through your feed or visit a profile. While these posts don’t violate our guidelines, someone in the community has reported them and our review team has confirmed they are sensitive. This change means you are less likely to have surprising or unwanted experiences in the app. If you’d like to see a post that is covered with a screen, simply tap to reveal the photo or video. 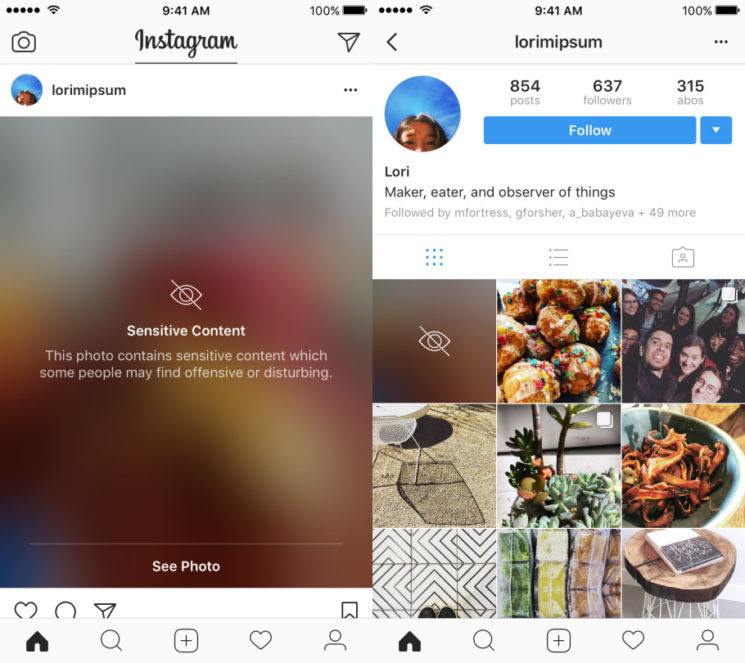 Now, this feature can be useful in some cases. If you’re in public, you’d probably feel awkward if a nude photo appeared all over your phone’s screen. Also, it’s useful for the images of animal cruelty and anything else that may make you feel uneasy or hurt you in any way.

On the other hand, this can affect some artistic expressions on this social network. This is, for instance, what Instagram’s Community Guidelines say about nudity:

We know that there are times when people might want to share nude images that are artistic or creative in nature, but for a variety of reasons, we don’t allow nudity on Instagram. This includes photos, videos, and some digitally-created content that show sexual intercourse, genitals, and close-ups of fully-nude buttocks. It also includes some photos of female nipples, but photos of post-mastectomy scarring and women actively breastfeeding are allowed. Nudity in photos of paintings and sculptures is OK, too.

So, we have the “artistic and creative” purpose of nudity, and the people who report the images they find inappropriate. Considering that a photographer was recently banned from Facebook due to the reports, I’m not sure how much this criterion is relevant. I’ll remind you, her images didn’t show any … naughty parts of the body. But some people still found them offensive and reported them.

This is why I wonder how this new feature will work, and how much impact it will have on photographers and anyone who wants to display their art on Instagram. Were photos like this removed in the past after the reports, and now they’ll only be blurred out but still available in the app? And after all, who is relevant to determine when the nudity is artistic, and when it’s inappropriate? Judging from the Facebook case – it’s not easy to determine for some people, and even for the social network moderators.

How to travel with sensitive film and developing paper