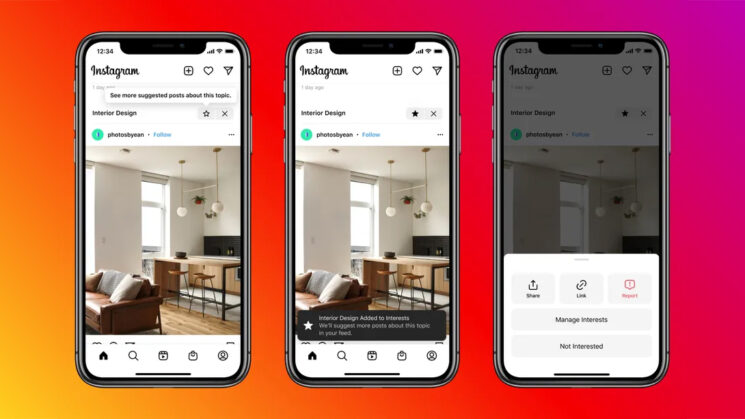 Suggested content and people to follow on various platforms is all well and good. But show it me after I’ve looked at what I wanted to see, yeah? Well, no. Not according to Instagram who is apparently testing a new feature that puts suggested content ahead of the people you explicitly chose and want to follow.

The Verge reports that the new feature mixes suggested posts along with your regular content, sometimes ahead of photos and videos from people you follow – instead of putting them all at the end when you’ve looked through the feeds from people you actually want to see.

Instagram told The Verge that the suggested feature has been very successful since it was introduced – although it feels quite similar to the “Recommended Posts” feature introduced in 2017. So they’re performing a whole bunch of tests, with this being one of them. But given how every other post on Instagram already seems to be an ad, this particular feature is going to dilute your viewing experience even more. But, it is just a test. For now.

They say that Instagram is also testing new controls that allow users to specify topics for the suggested posts that might appear. You’ll also have the ability to “snooze” recommendations for 30 days or remove them from your feed entirely on an individual basis. 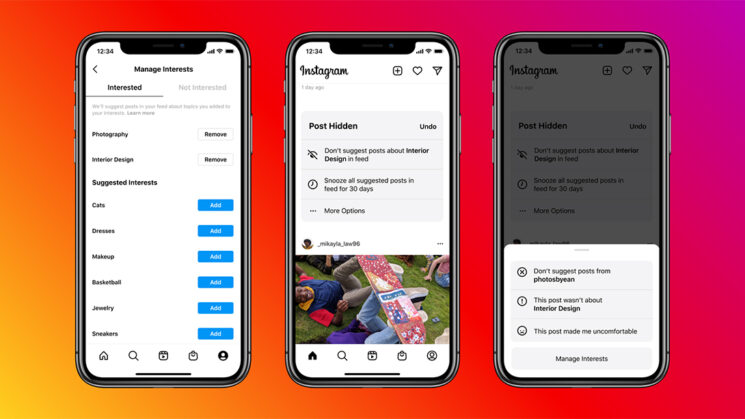 Even though you will be able to block individual posts and people from appearing on your feed, as with 2017’s Recommended Posts, you won’t be able to remove the feature entirely – assuming the feature passes its “test” and goes live – which such things usually do. This is going to become extremely frustrating for many users who follow very specific people for a reason and don’t want or need to see randoms popping up.

The Verge seems to think that this feature is a good thing. It’s giving users “control over the algorithm” they say. It lets people “feel empowered” and “select what they want to see”. Nonsense. If they were letting people select what they wanted to see, they’d introduce features like this with an included off-switch.

I can only speak for myself, but features like this just make me even less likely to use the platform if I can’t get to what I actually wanted to see quickly. The comments on The Verge article, however, seem to suggest I’m not the only one.