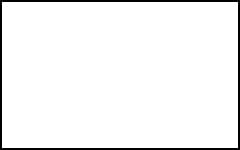 Did anybody say obsessed?

OK, I’ll admit it. Over the last month or so, I’ve been obsessing with home studio tweaks – backgrounds and seamless whites in particular. No wonder too. I’m about to enter my own kids place space studio in about a month now.

This setup has been around for over a year on the web. I can’t believe it went under the radar. It’s cheap, quick to build and kill and best of all it is continuous, so it is also good for video A-LA matrix style.

OK, so 235$$ is not really, really cheap as we like it here, but! The lights are still there to be used for other setups, and no amount of lights is ever enough. Clamped CFLs ROCK! They are cold; They give balanced lights; They don’t eat your money with electricity bills. Having a huge amount of CFLs is just a creativity boost for crating other projects. Of the top of my head, I think that the same lights can be used to create a huge flood light. Other ideas?

There is only one movie where Keanu Reeves is a bigger star than The Matrix. This is “Bill & Ted’s Bogus Journey”.

The thingy on the back is called Cyclorama, the idea is very similar to the ideas shown on S@H Full blown backdrop post. So if you already have/made a seamless white, you’re good.

Videopia Rocks! They are the guys who made this movie. Enter their site at your own risk – it is a time thief.

An Infinite and All adaptive (DIY) dolly system