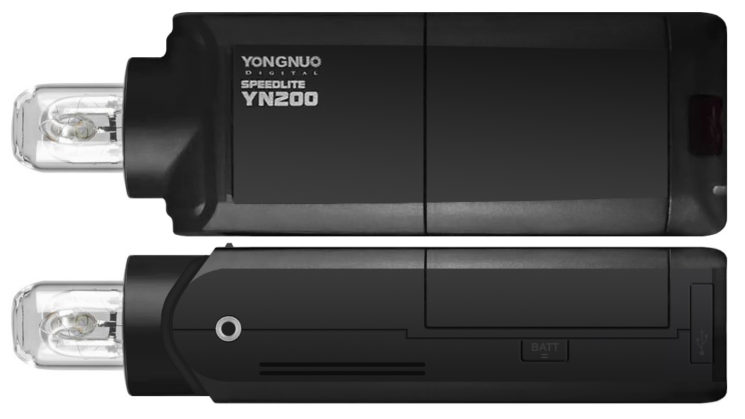 Yongnuo has just announced their new YN200 “Speedlite”. Following their tradition of making products that are highly “inspired” by other products made by other companies, this one looks almost exactly like the Godox AD200 – although with some slight differences.

The two main external differences are that the bare bulb appears to be fixed, rather than an interchangeable head like the AD200, and it has a very different looking battery pack which looks like it takes up almost half of the whole rear of the unit.

There are no specs listed on the Yongnuo website yet, although there is a placeholder page. But given the name and the design, we can hope that it’s a 200Ws strobe. FlashHavoc reports that it will have radio modes for Canon, Nikon and Sony with full TTL and High Speed Sync capabilities. Beyond that, we don’t know anything for sure with regard to its output or performance.

As for triggers, it’s expected to be compatible with existing YN622 or YN560 based Yongnuo transmitters and speedlights. But Yongnuo has also a new trigger on the way. The YN560-TX Pro. An update to what was once the very popular YN560-TX for the YN560 series of speedlights. The Pro version of the YN560-TX appears to be based on the same body design as their YN-E3-RT trigger, which was “inspired by” the Canon ST E3 RT design. 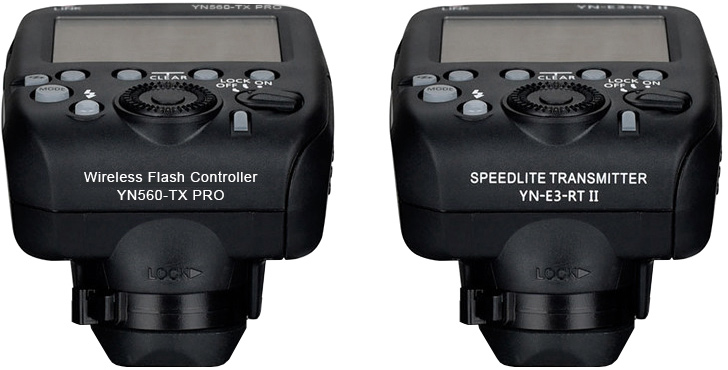 They also say it will auto-sense receiver modes for Canon, Nikon and Sony, and that YN-622/II triggers and YN685, YN968, etc. flashes will require a firmware update to be compatible. The RF603, YN560III/IV, YN660 and YN860 series (and presumably the RF602 as well) can already receive a signal from it. Obviously, this doesn’t add TTL or HSS capabilities to lights that don’t already have it, even if the trigger supports it.

It’s been a while since we last really spoke about Yongnuo on here with regard to flash. Sure, they’ve released a few nice low budget lenses for beginners to start shooting at a minimal cost. And they’ve even announced a couple of slightly odd, but interesting, cameras.

With the currently reported compatibility of the new trigger, and potentially the YN200, it seems that Yongnuo might finally be starting to unify their flash systems. But, it still feels like we’re going back to Yongnuo being a pale imitation of other manufacturers than finally stepping up to the plate on their own with something innovative.

Regardless, this is Yongnuo saying that they’re still in the game, but I think they face extremely tough competition from Godox, who now covers all budgets from the basic cheap manual speedlight (that also does HSS!) to 600 Watt strobes that compete with the likes of Profoto and Broncolor.

« Tamron can’t keep up with customers’ demand for their newest lens. Again
How I made an impossible photo of the Apollo 4 launch in 1967 »