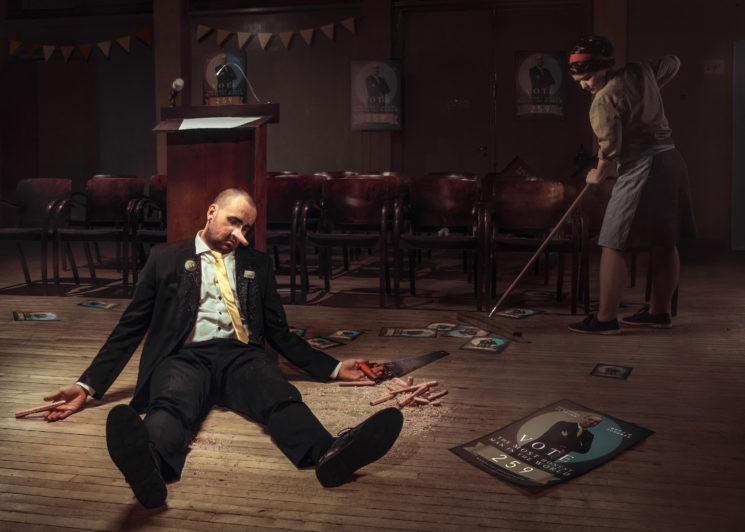 “Politricks is the word ‘politics’ altered to convey the empty-campaign promises often experienced after politicians get elected.”

About a year ago I had this thought of making a picture from this word. I needed a suitable location and model that looked like a politician and had no problem to come and act one. Finding the right location was quite challenging because many of the locations were actively used by political organizations and obviously the content of the image does not flatter this activity so I had to find a sufficiently neutral place for the photoshoot. 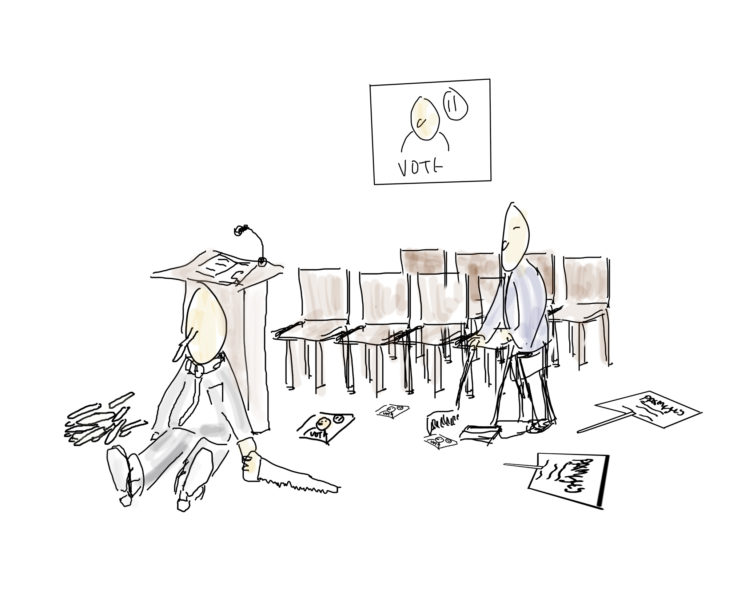 After I found a model to act the politician and the location, I started sketching the photo in Photoshop and build the props needed for the photo. Long noses were tricky one, at first I thought I use some kind of latex noses that I could buy from costume stores but then I figured out that Styrofoam could do the trick, it’s easy to shape and after coating it with water-based paint I sprayed little bit of lacquer to it to make it bubble and that way create the illusion of skin pores.

The lectern was simply made from glulam tabletop that I had and because I knew from which angle I was going to shoot the photo I needed to make it whole from one side only. The only props that I needed in addition to the previous ones were some blank paper and posters that I could finish in Photoshop by adding the “campaign” photo to them. 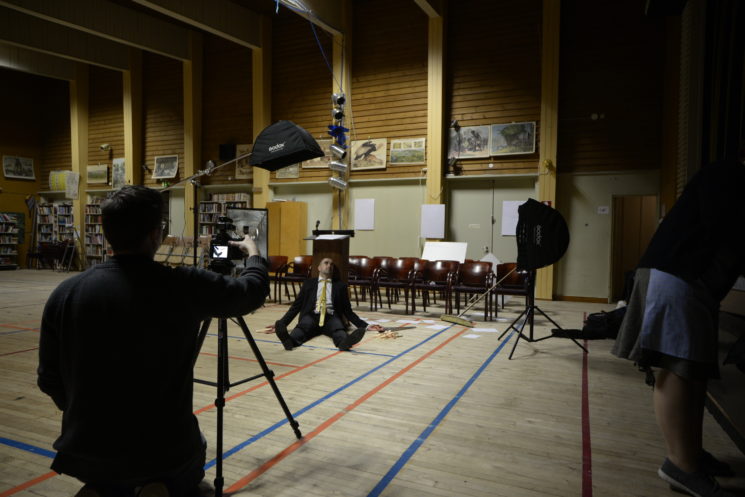 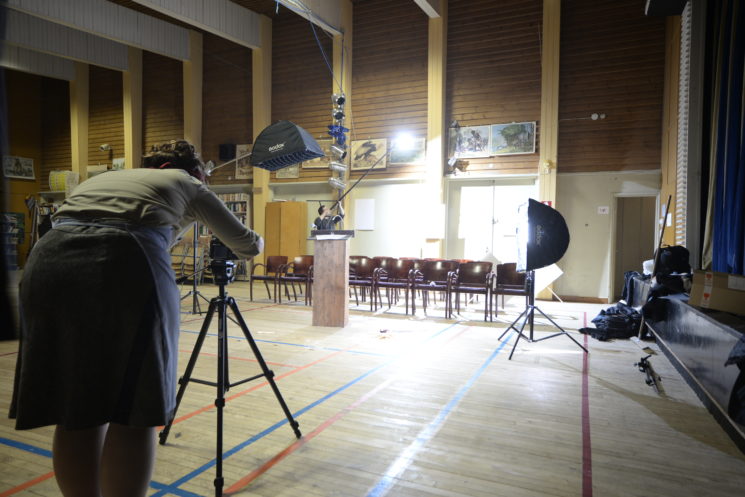 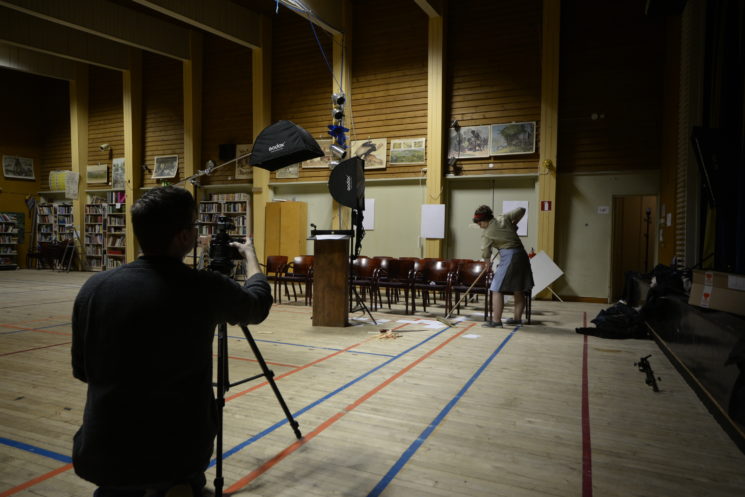 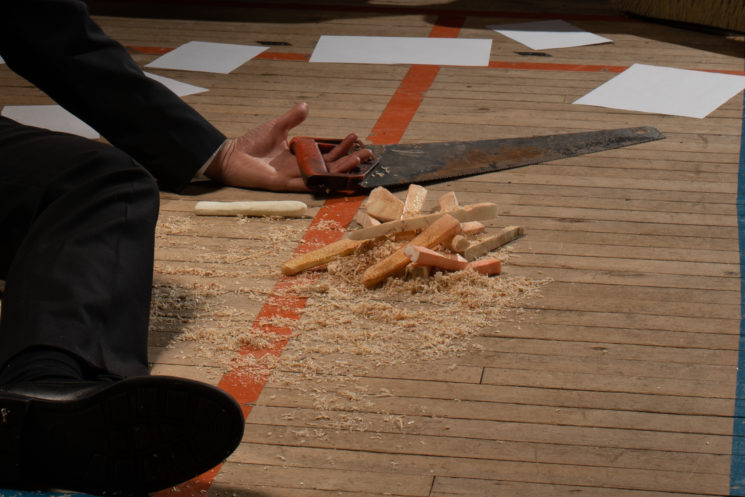 Because of the time we had in the location both models were photographed separately. This way I didn’t need so many lights and could work fast and efficiently. The lights I used in this photoshoot were two Godox AD360s, a Godox V1 and a Nikon SB24. The politician was photographed with three lights with a rectangular softbox, one with a honeycomb straight from the top, one from the right and one light on the left side of the model. I wanted the cleaner to be a bit in the shadows so I used two softboxes right behind and in front of her. 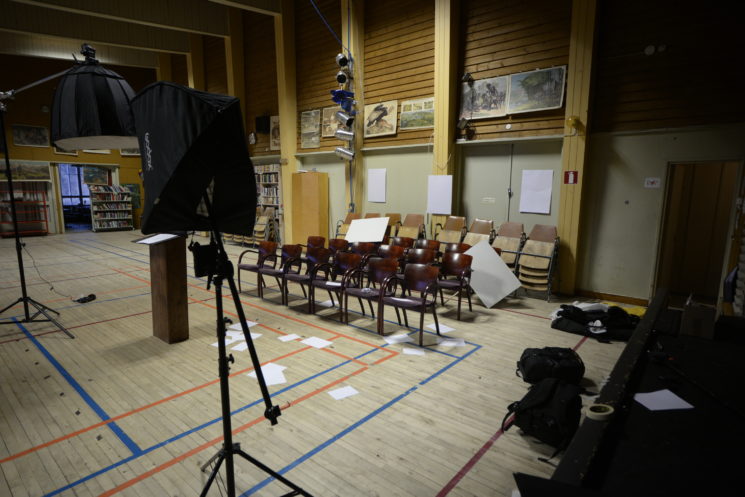 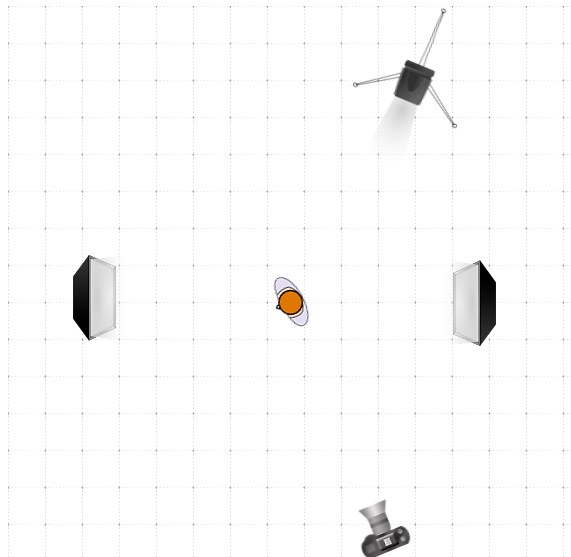 Light diagram for “the cleaner” 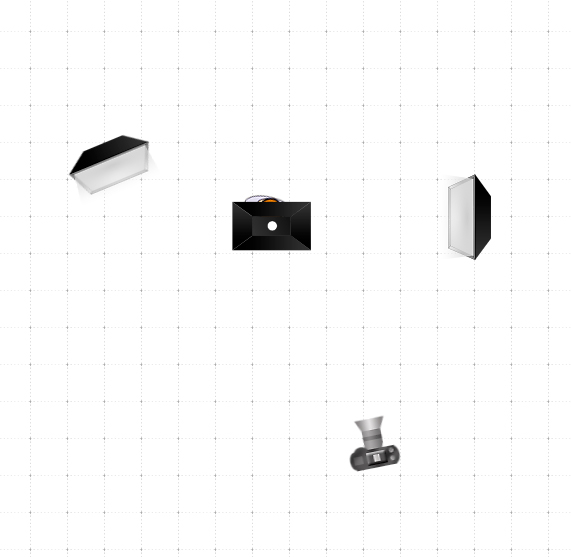 Light diagram for “the politician”

After the models were photographed I took a couple of shots from the scene with one flashlight in different places around the scene. The last thing of the photoshoot in the location was to take the “campaign” portrait from the politician and it was a wrap. The whole photoshoot was done in 2 hours. 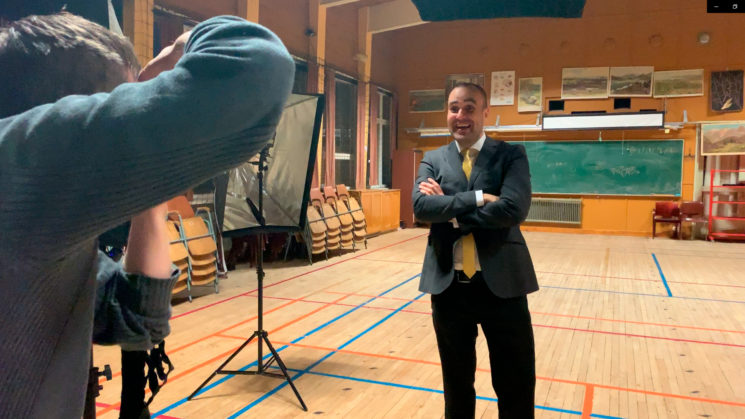 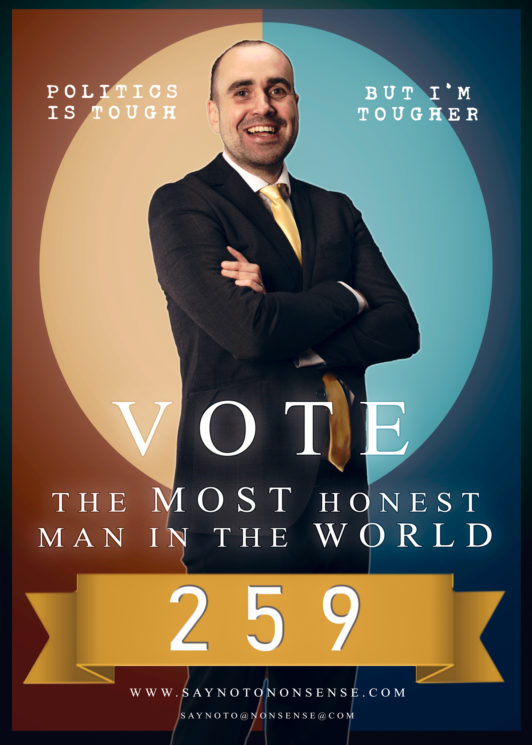 In the post, I made the politician nose longer, removed lines from the floor, combined the shots into one, and added little details like sawdust on the politician’s jacket, campaign posters to the walls and papers on the floor.

Behind the scenes video:

Juhamatti Vahdersalo is an amateur photographer based in Finland. He likes to tell stories through his photographs and work. You can find out more about Juhamatti on his website and follow his work on Instagram, Facebook, Behance, and 500px.