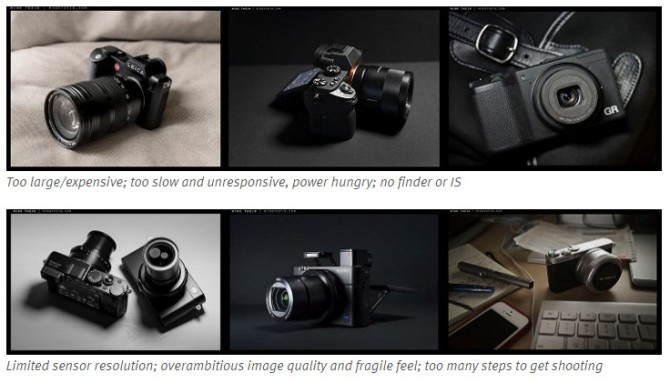 It seems that with the rise of phone and mirrorless, DSLRs are dying, or with eve of DSLRs comes a new dawn of mirrorless cameras. But many still argue that Mirrorless is not there yet. To all those advocates, commercial photographer and educator Ming Thein has some ideas on where mirrorless should be going to become completely mainstream domination.

Here is the interesting bit though Ming doesn’t say that Mirrorless is bad, and after using and reviewing over 20 cameras, he know. He is only saying that no camera maker has enough understanding to mix all the right ingredients into a single camera. If there was a Mirrorless superset that had all the good features from each camera, it would have been enough:

I still have not found a complete replacement for the DSLR, and I suspect there are many other photographers in the same situation. It isn’t for want of trying or stubbornness; it’s because the product simply does not exist. We’re not asking for the unicorn here, either: there are ergonomic/UI/UX/engineering solutions that have already been implemented and received well in other cameras – just not in the same one

More interesting is that in many cases Ming does not hold a finger against the imaging technology, but rather at UI, UX and ergonomics issues, that could (should?) have been migrated from the older and more experienced (d)SLR market. Here are some critical examples:

Sometimes the problems are because there’s been too much creativity and desire to change things for the sake of changing them: the Leica T’s UI was a great idea, but the ergonomics are a disaster and a good example of form over function. The Sigma Quattro is just uncomfortable to hold and pack, period. The Leica SL should just have been Q with a lens mount – but no, they started from scratch with the firmware and design and missed some fundamental things like the fact that the grip wasn’t really the right shape for 1+kg lenses, and exposure compensation is a critical photographic control

Ming goes on to list the features that he wants from a Mirrorless system. He covers ergonomics, Autofocus, Live view/ EVF, Sensor and image quality, system and Power, as well some miscellaneous items.  And if I was a camera maker, I would sure as heck read it today.

[Close, but no cigar: how to design mirrorless right | Ming Thein]

P.S. of course, some would always think differently.

Sandbags 101 – types of sandbags and how to use them properly

How to properly resize and optimise your images for the web