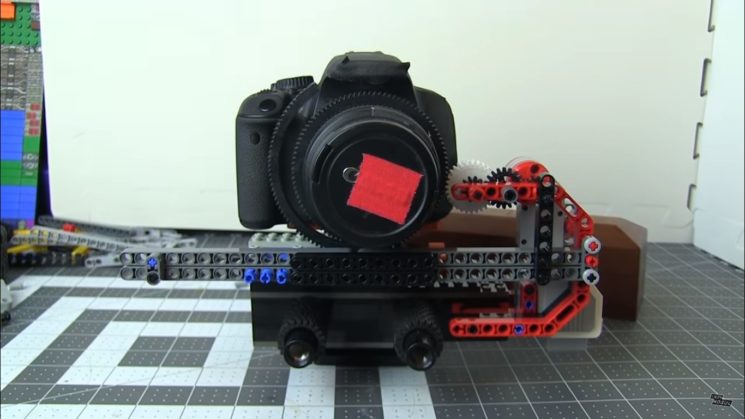 Other than being the greatest toy ever, LEGO bricks have been proven useful in photography and filmmaking. Some creatives use them as subjects, and some make sliders or stabilizers out of them. In this video, Jacob Kassnoff of Indy Mogul demonstrates how he made a DIY follow focus rig using LEGO bricks and a single 3D-printed piece. So if your stash of LEGO is gathering dust somewhere in the attic, here’s a chance to play with it again in this super-geeky project.

For his build, Jacob uses LEGO Technic bricks. Okay, I think only serious LEGO geeks used these as kids so maybe not all of us have them in the forgotten box of toys… But, you can always buy them if you like or snatch some from your brother’s old kit, he won’t even notice. LEGO Technic kits are pretty expensive though, but let’s hope you (or your siblings) have some of them saved from childhood days. If you want to buy an actual wireless follow focus system, it will set you back for about $1,000, or even more.

To build the follow focus rig, Jacob uses these components:

To start off, Jacob attaches the camera to a mounting plate and adds LEGO tires to the bars to help hold the gear mount in place. He creates a platform which he slides over the bars and adds more tires to hold it in place. 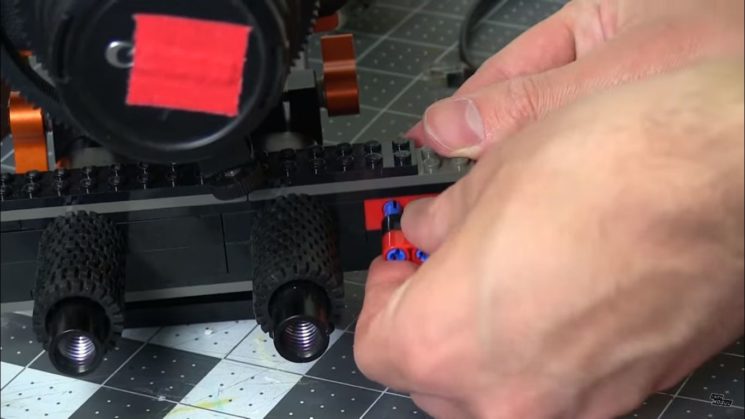 Using more LEGO Technic pieces, he creates a frame which will hold the motor. He adds the gears to this platform as well. He finishes it off with the 3D printed gear which matches up with the lens gear. He reinforces everything with additional bricks whenever it seems loose, adds an EV3 brick to the opposite side of the frame and connects it to the motor with a cable. 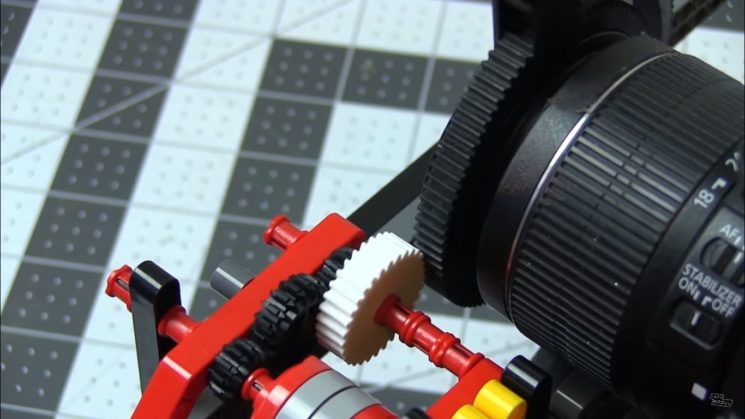 Next, it’s time to assemble the controller. First, he attaches the EV3 motor to the brick, replicates the same gear path as on the rig, and attaches a wheel to the final axel where on the other rig the 3D printed gear would be. Then he attaches the motor to the control brick with a cable. Lastly, he loads a code onto the brick using LEGO Mindstorm’s EV3 program, and the follow focus system is ready to go. Here is an example of follow focus on a moving subject:

And here’s an example when the camera is moving:

Although this kind of build needs some expensive LEGO Technic parts, it sure looks fun to build. So I hope you have some of these components at home (or at least someone to borrow them from), so the child in you can have fun with this DIY project.

Make a cheap DIY follow focus from a keychain