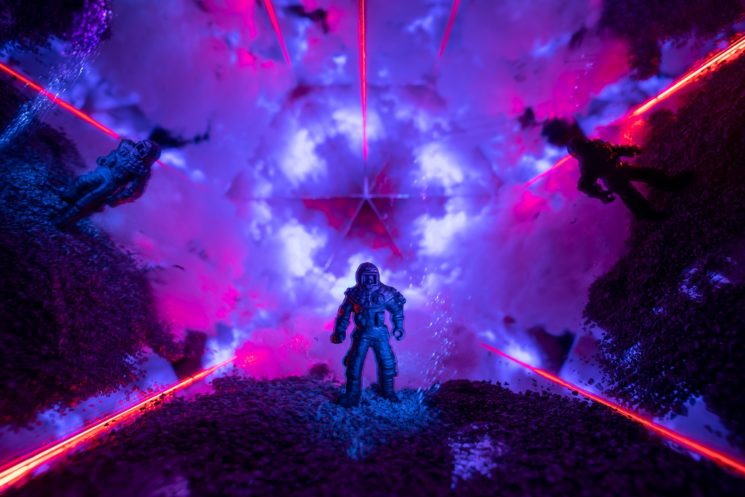 As long as you have your camera and some lights, you can never be bored. There are countless images you can create with light painting, and the only limit is your imagination. But if you need some inspiration to get you started,  Jason D. Page has an awesome tutorial for you. In this video, he creates a photo of a “time traveler.” All he uses are a few simple props and some lights, and it’s all done in-camera.

For this image, Jason uses a toy he found at a dollar store to be his main subject. If you have a kid, you probably already have a ton of these to choose from. Jason also uses a kaleidoscope, which is nothing but three pieces of mirror taped together. You can use something like this, and make sure to attach them with clear tape. This way, the light shines through the edges and creates the line effect. You’ll also need some pillow filling, like the one Jason used in this tutorial. He places it on a music stand, plus some inside the kaleidoscope behind the toy. He also adds some dirt in front of the toy.

As for the gear, Jason shot this image on a Canon 6D Mark II paired with Laowa 15mm f/4 Macro lens. He placed the camera almost inside the kaleidoscope and tilted it a bit upwards so it picks up the reflections nicely. He also uses a blue and orange color hood, and black fiber optic with color gels.

The settings for this photo are ISO 100, f/8, and Bulb mode. While it looks more complex than the photo Jason created in his previous video, this one is actually simpler to make. You don’t need to move anything nor change focus during the exposure. And instead of 4-5 minutes, the exposure for a photo like this takes around one minute. So, if you’re just starting out, this one may be easier to create. Here’s how it turned out for Jason: 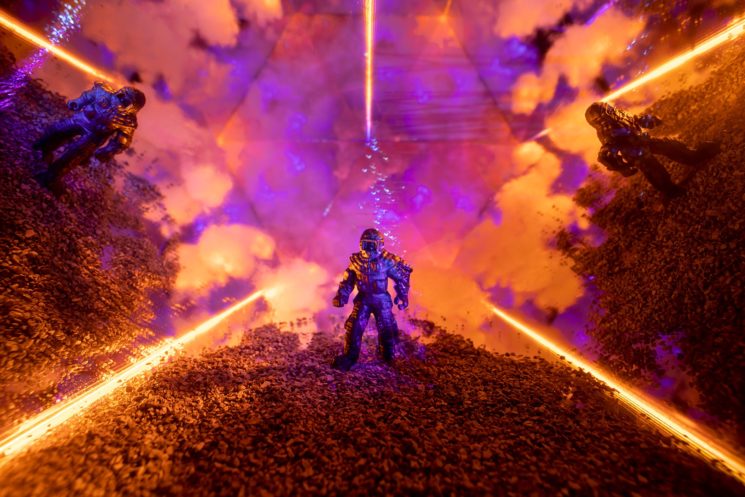 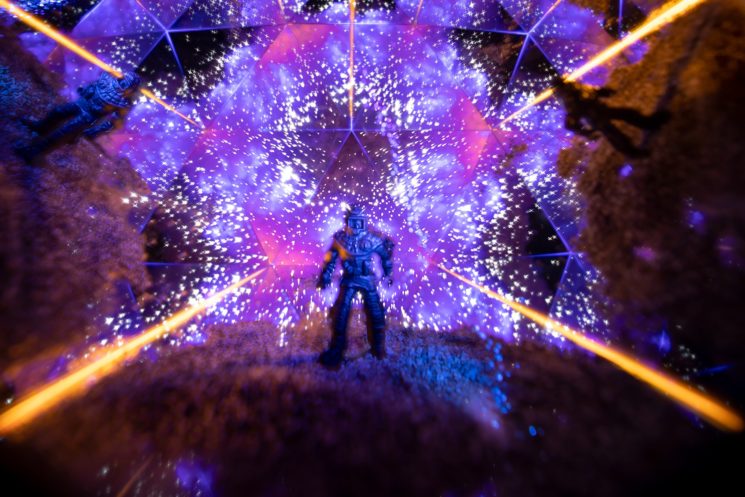 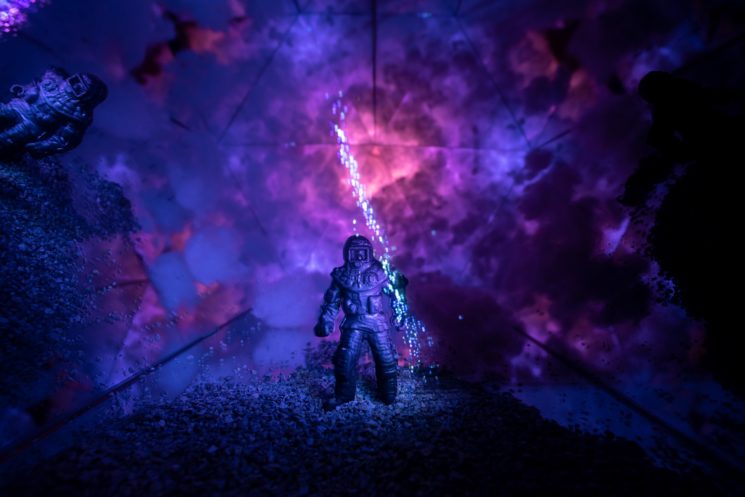 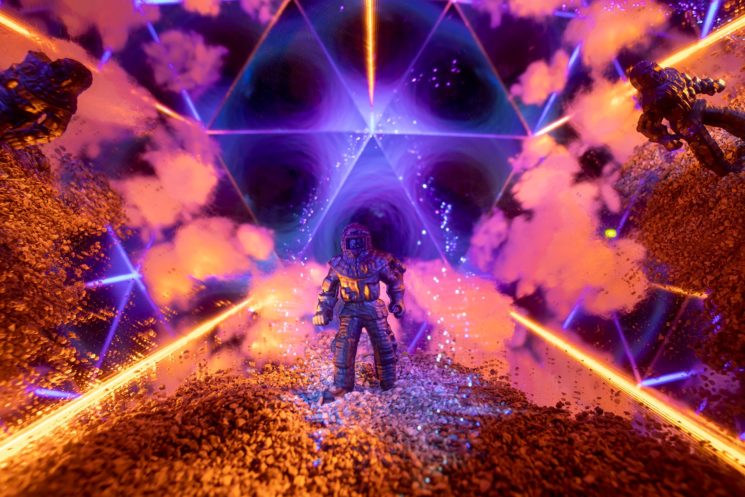 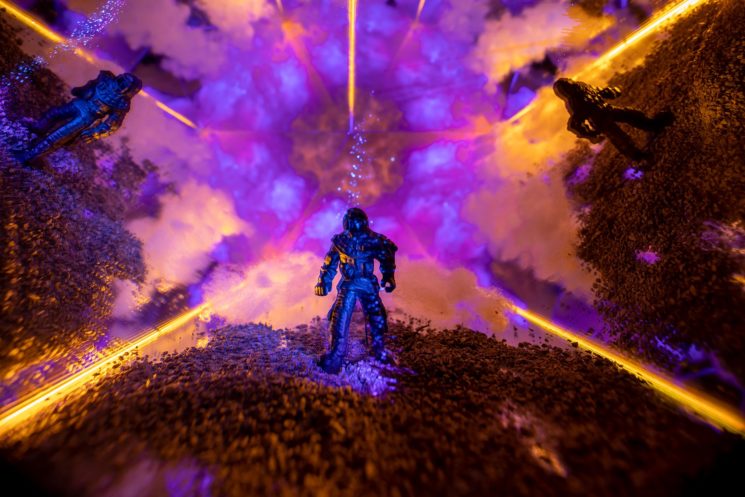