Let’s face it, nearly everyone has access to a camera of some sort. While that sort of access can be seen as a good thing, it also has it’s downfalls. With everyone and taking photographs of everything they see, it seems nearly impossible to get noticed as a street photographer nowadays. Even if your work is really good. So when I come across an upcoming–and entirely self-taught- photographer with the natural talent Norman Eric Fox has, I feel like I owe it to myself (and to the photographer) to stop and really pay attention to the work in front of me. And what’s more, Fox, a Vancouver based street photographer, has an especially heartwarming story to tell. 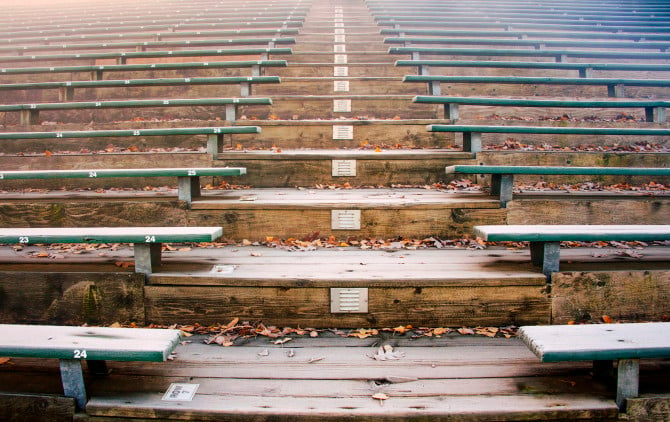 Though Fox had showed an interest in photography as a hobby about seven years ago, a series of  unrelated personal events forced him to put it on the sidelines, essentially abandoning it, as his life took him in a different direction. You see, just a couple years after he was bit by the photography bug, Fox found himself struggling with alcoholism, drug addictions, and homelessness. Things looked grim the 54-year old man. Facing despair, Fox had the notion to pick up a camera. He managed to save enough money to buy himself a Nikon D70, which he diligently carried around with him as he wandered through the city’s back alleys and decay. 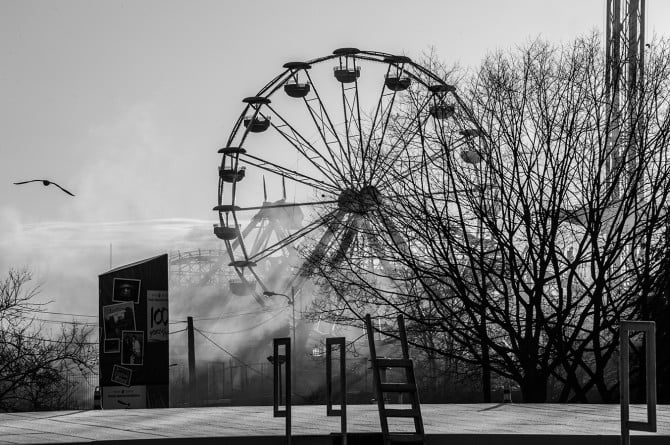 Suddenly, Fox had something he cared about. Something he was good at. Photography was not just something that inspired him to turn his life around, photography was exactly the kind of friend Fox needed to pull himself out of the rut he had been digging. 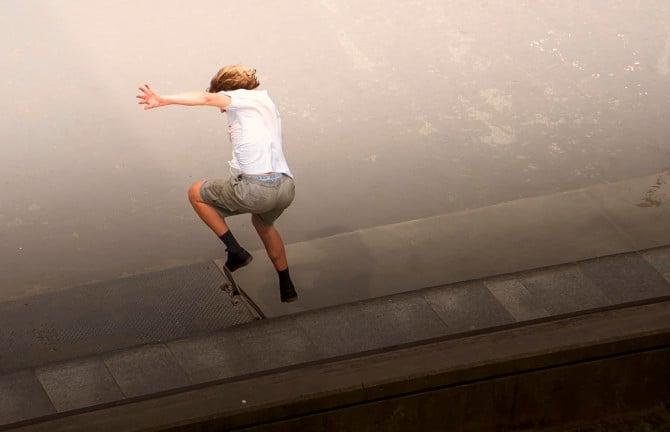 He scoured the internet watching every documentary he could on photography. He discovered the work of Henri Cartier Bresson. He scraped together what little money he had to make prints and create a portfolio. He went about it the good ‘ole fashioned way, knocking on the doors of art galleries in his hometown, listening to one “No, thanks” after another until someone actually noticed. Fox landed an opening at the Lost And Found Cafe. He hung a collection titled “Tracks” on the walls of the cafe. The exhibit featured 25 prints. Each and every one of them were quickly grabbed up–a sold out show. Things were finally looking up for the photographer.

But, like many good times in Fox’s life, things took a sudden turn for the worse. Last month the photographer had all his equipment stolen from him. None of the equipment was insured, an expense outside the realm of possibility for the struggling artist, nor does he have the funds to buy a new camera. His solution? A unique IndieGoGo Campaign, Smashed Window, that really gives back. Fox has teamed up with local businesses to offer donors the opportunity to get framed images from his collection, the chance to have a one on one photo session with photographer, even free meals. 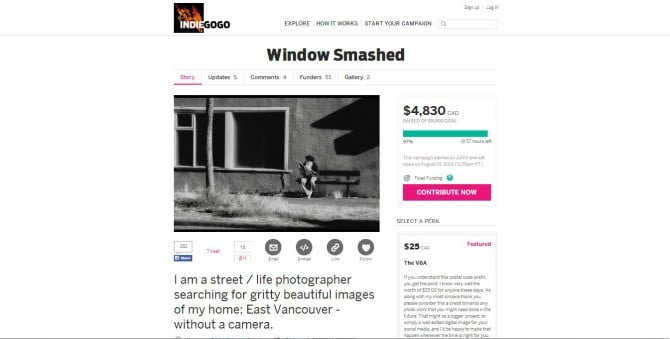 After his camera was stolen, Fox is reaching out to supporters for help.

Not a greedy man, Fox is also donating back some of his funding to an area food bank which provides food for the homeless. At the time of writing, the IndieGoGo campaign has about 50 hours left and is only a couple hundred dollars short of being funded. The goal of $5,000 CAD needs to be met or all of the funding raised will be released back to it’s respective donors. 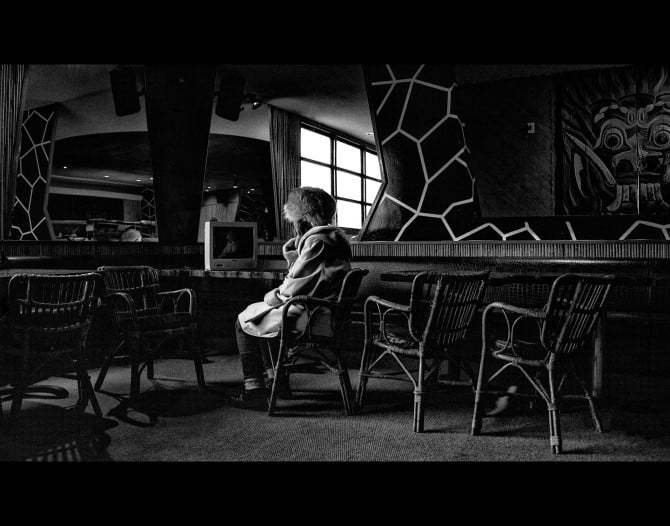 In an exchange of emails I shared with the photographer, he had this to say about his photographic journey and how his process has evolved though his experiences:

“…my life for a good three years was made up solely by wandering around…searching for an understanding of what had happened in my life. Eventually the solution offered me, which was to trust in a different power source so-to say, made sense: it was suggested that I would have to change how I lived my life and it started with a new set of principles. The surprise was that these same principles; brotherly love, integrity, courage and justice began to show up on my walk with the camera, to the degree that I became of aware of the truth about myself and of my experience in the world. I stopped hunting down images and began to see them. As corny as that might sound, I stopped thinking of life, and photography as journey and recognized that everything is already in place. The shot is there; I just have to trust my instinct, I practice integrity and hit the button.” 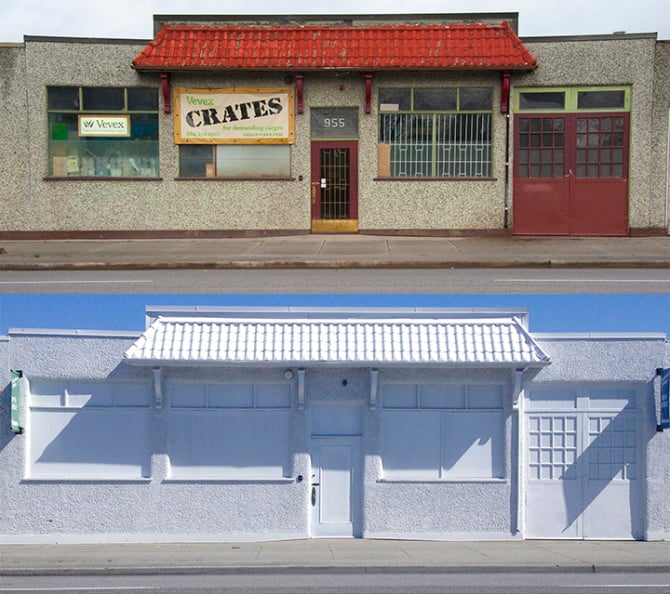 [Norman Fox via The Province]

Man takes selfie with walrus, pays with his life