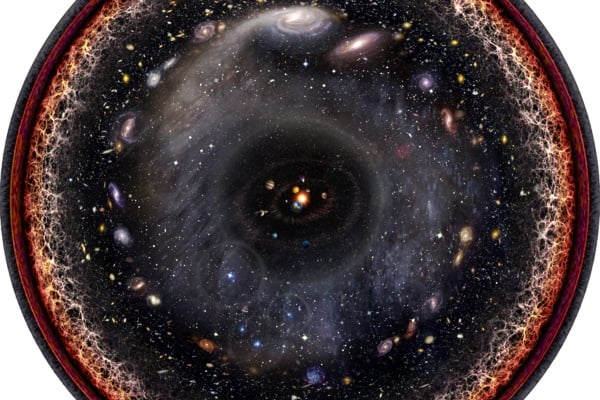 The release of Canon’s ultra wide angle 11-24mm lens and 360° cameras have allowed photographers to fit more in their frames than ever before. But, as wide as those devices go, they’ve got nothing on this next image.

An artist named Pablo Carlos Budassi crammed the entire universe into a single image, using logarithmic maps from Princeton and images from NASA. 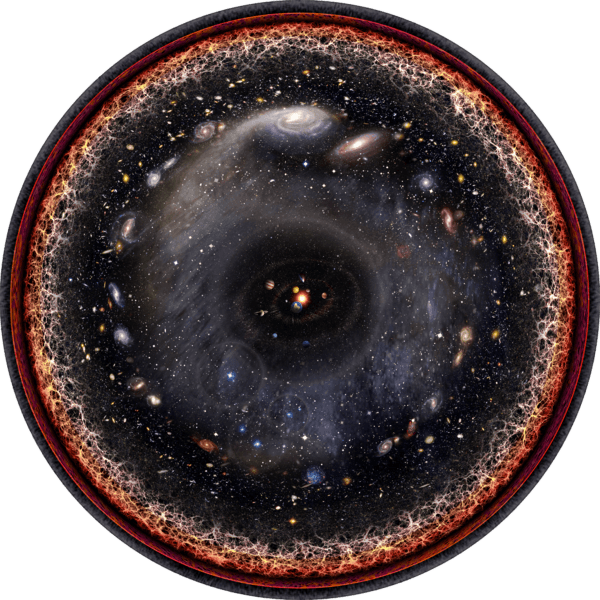 “Our Sun and the solar system are at the very center of this image. They are followed by the outer ring of Milky Way Galaxy, one of the two major arms of Milky Way, a ring of other closer galaxies like Andromeda, rest of the cosmos, cosmic microwave background radiation leftover from the big bang, and finally a ring of plasma also generated by the big bang.”

So how does one get the idea to create an image of the entire universe? For Pablo it was while he was creating hexaflexagons for his son’s birthday.

“When I was making hexaflexagons for my son as a momento, I started to make the central views of cosmos and solar system. The idea of making logarithmic view came into my mind and the next day I was able to set the images from NASA and some images I created myself to set them with Phototshop,” the artist said.

This image might not have the same resolution as the 1.5 billion pixel photo of Andromeda, but it still pretty awesome!

This Clever Double Exposure Technique Is Saving The Universe

It’s hard to believe this macro universe is not CGI

« Was This The Most Inappropriate Selfie of 2015?
Samsung’s T3 SSDs will put 2TB of storage in your pocket »