GoPro which is kinda the standard for action cameras today recetly released the GoPro Hero3+ (with + being the new part) after releasing the Hero3 late last year. 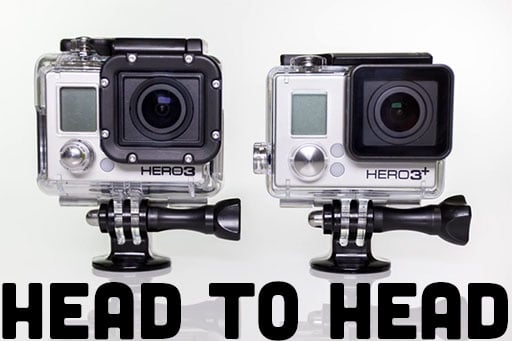 But is it worth the extra $70. Here is an indipendant test from Kyle Heart, who did not believe the GoPro specs and made a test of his own. Guess what? GoPro were on the dot with each of their claims.

To make the test Kyle 3D printed an adapter that mounts 2 GoPro cameras at similar view points (which gives them points right there – hey guys, release the files… :)

Wifi almost triples its range, sharpness (as viewed from a octa-copter) was superior, low light performances were better and battery lasted 30% longer to the second.

Interesting;y, the camera case did not change at all and all the changes were either done in the housing or inside the camera, which I guess is nice since it will fit all your old accessories.

It is pretty nice to see a 100% accurate spec after that horrible fiasco with rotolight.