It’s nice to see the band back together and pushing out content regularly again. Gav’s great n’ all, but I’ve missed seeing Dan on The Slow Mo Guys videos and the interactions between them – especially as Dan’s slightly less sane than Gav and willing to take more needless risks for the sake of an entertaining video. There’s not much risk in this video, though, as Dan spends his time living in a bubble. Literally.

Bubbles pop in what appears to be an instant in our real-time eyes. But when you slow it down to 50,000 frames per second, it looks like a weird jelly-like, glossy, transparent, stretchy fabric pulling in on itself and it looks surreal absolutely spectacular!

Even at a measly 1,000fps, where this video begins, the Phantom cameras Gav & Dan use to make bubble popping look way more beautiful, cool and interesting than we can see with just our eyes. When played back at 25fps, that’s about 40x slower than real-time. But as the video goes on, the speed cranks up to 50,000 frames per second, which plays the bubble bursts back at about 2,000 times slower than the speed at which they actually happened. 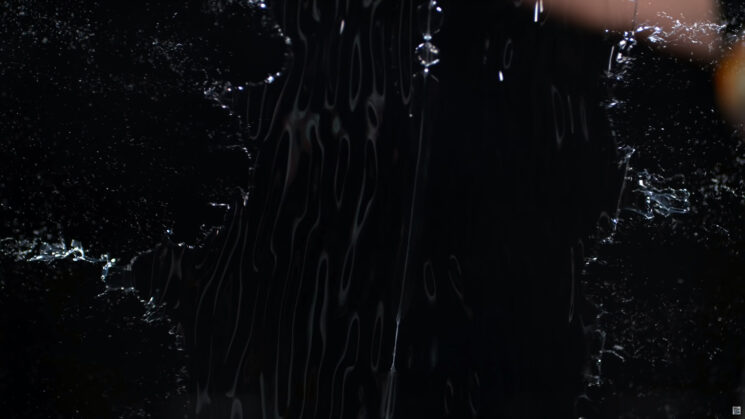 I’ve seen bubbles floating around in the air in slow motion a few times on video, but I’ve never seen them bursting in a video in quite this detail before and certainly not at these sorts of speeds. It’s fascinating to watch how it bursts out from the epicentre where it happens, but it’s also extremely cool to see how things meet up at the other side, in an almost fold fabric-like way before disappearing into vapour completely.

Yup, it’s definitely nice to see Dan back. I can’t wait to see what they’ve got lined up for future videos!

Lighting direction as a tool: Popping vs blending your subject within a scene