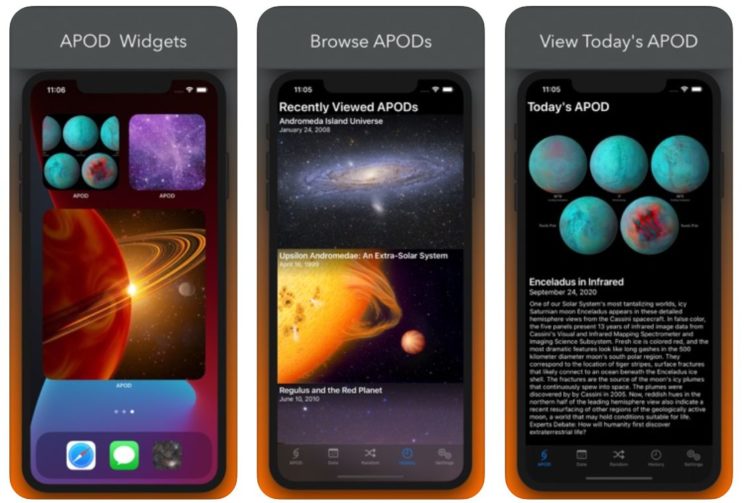 NASA’s gallery is full of astonishing photos of space. If you like them as much as I do, you can now get the selection of astronomy photos to your iPhone every day. NASA’s Astronomy Picture of the Day (APOD) project is now available as an iOS 14 widget, all thanks to developer Mark Hambly.

Hambly was inspired by a widget from iOS Reddit client Apollo. His APOD Astronomy Pics and Widget is basically APOD in the app form. It’s free to download, which is great. But it’s even better that you won’t have tons of annoying ads popping up. “Just pure APOD delight,” Humbly notes. You can donate $2.99 as an in-app purchase, but that’s optional.

The widget refreshes daily, just like the APOD website, to give you the best astronomy photo of the day. You can choose to view the current APOD, a random APOD, and make a collection of your favorite photos. There’s an option to browse through images by date, or hit “Random” and let the app surprise you. Just like the website, the widget also shows you additional info on the image. All you need to do is tap on the widget and it will take you to the app.

APOD Astronomy Pics and Widget is available through Apple Store. It requires iOS 14.0 or later and it runs on iPhone, iPad, and iPod touch. Sadly, it’s not available for Android, but there’s an idea for all developers out there.