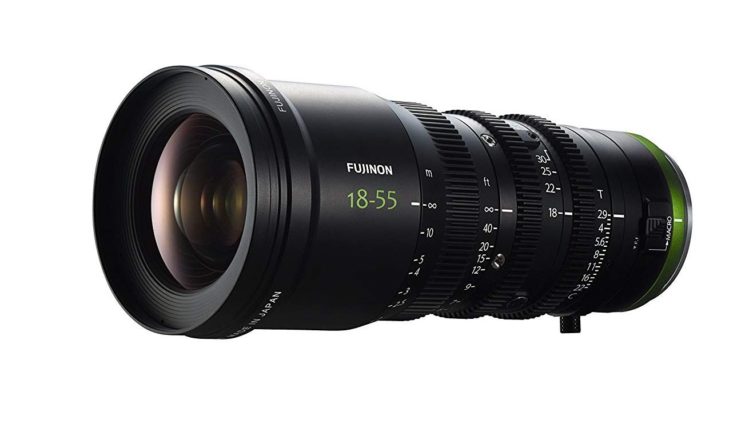 Fujinon released their $7,800 MK series of lenses last year to much fanfare. I’ve had the 18-55mm for almost a year now and so thought it would be a good time to look at back at how they have performed over the last 12 months.

What are Fujinon MK lenses?

The MK pair of Fujinon lenses are Cine zoom lenses which are super light and, for what they are, pretty light on the wallet. There are two lenses in the range: the 18-55mm and 50-135mm. At the moment, they have an e-mount mount, but Fujinon has said more mounts may be coming later. It’s worth noting that they do not cover the full frame range, so if you’re looking to use them on something like an A7 camera you would need to put it into S35 mode to avoid vignetting. I use them mostly on my Fs5, so not an issue for me.

Of course, when it comes to video/film-making gear, “pretty light on the wallet” is a very relative term. Each lens in the range goes for $3799 USD, which is not a small chunk of change, but when you consider that even a Cine prime, which are “cheaper” than zooms, go for around $5000 USD and up, well then, suddenly $3799 for a 18-55 seems quite reasonable.

Both lenses have a constant T-stop of 2.9 across the entire zoom range. A very basic explanation of the difference between T-stops and F-stops is that T-stops are consistent across lenses. So if you have both these lenses set to T4.7, then you know that both those lenses are exactly at 4.7. 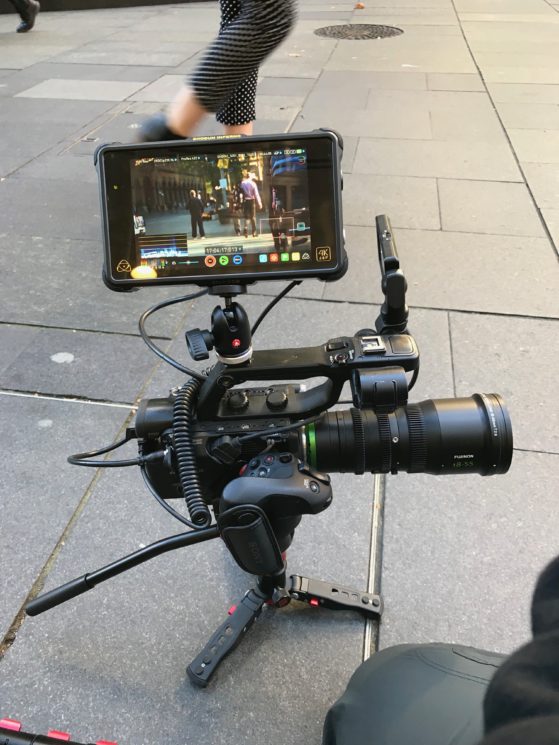 They are also parfocal, which, again in very basic terms, means that they don’t change their focus when zooming in and out. Most stills lenses will actually go slightly out of focus as you zoom in and out. This is one of the great selling points of Cine zooms. You can set your focus and then zoom across the entire range of the lens and your focus will not change. You do need to calibrate the lens when your first get it out of the box for this feature to work and you probably want to then re-calibrate every few months as it can “loosen” a bit over time but it’s a very useful feature to have once it’s set up.

The lenses are completely manual. So aperture, zoom and of course focus are all manual. The iris/focus ring, as you’d expect on a Cine lens, is declicked, which means you can smoothly change your iris.

This may seem a bit odd to folks who are used to smaller stills zoom lenses, but one of the show stopper features of these lenses is that they weigh only 980 grams each. To get a Cine zoom of this calibre that is so light is really cool and allows for some interesting opportunities.

They have a nifty macro feature that adds even more creative options for you.

I used these lenses on many projects in the last 12 months but by far the best thing about them was traveling with them. Being able to travel with just these two lenses and two small primes was a revelation. The only reason I take two primes with me as well as the MK lenses is that I sometimes want to have a very small foot print and even though the MK lenses aren’t huge, they are a bit more noticeable than a small prime.

If not trying to look “small”, the 18-55mm pretty much just lives on my camera.

Even though they are small and light, they still feel well made. The focus throw has a 200 degree rotation which is about right, so that you don’t have to hyper extend your wrist to do a focus pull without a follow focus. I am a bit of a snob when it comes to focus rotation. I like a lens that gives a decent amount of resistance and the MK lenses do just that. 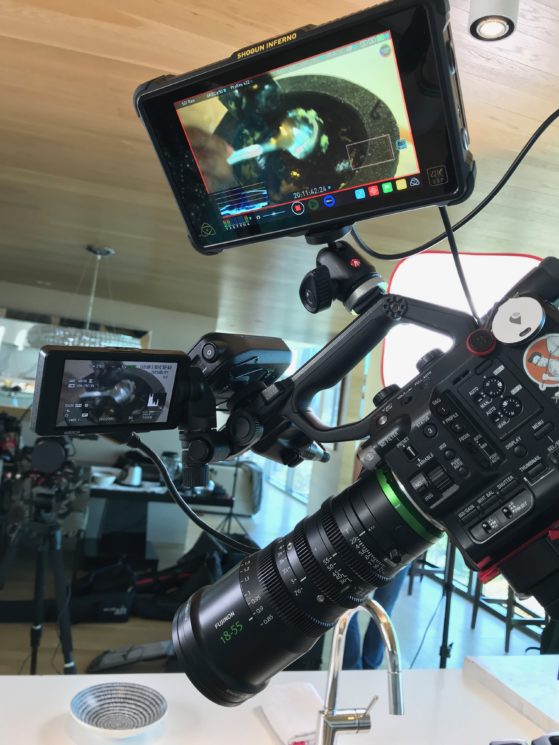 Even though I don’t use it on every shoot, it’s good having the macro function. How it works is that there is a macro button/switch towards the back of the lens that you switch and that activates the macro mode.  This does bring me to one of the few negatives I’ve found with the lenses. The minimum object distance (how close you can get a thing to the lens and still be in focus) is not that great without using the macro mode. I’m used to being able to get objects very close to my lens and still being able to focus on them, with the MK lenses, you need to use the macro mode to do this.

It’s not really a big issue as you have the macro mode to overcome this issue. I mention more because the first few

times I couldn’t focus on something close, I forgot that the macro mode was there. So you can learn from my mistakes.

Close on $8K for two lenses is a lot of money. But I am a big believer of the phrase “You get what you pay for” and with the MK lenses, you totally get that. Being able to cover a range of 18-135 at T2.9 with macro with just two lenses is pretty cool.

Of course, I could say that I would like the lenses to be a bit smaller, I’d like them to be faster (hello T1.5), but all those things would either mean the lenses would cost more or the laws of physics no longer applied. I think Fujinon has hit it out of the park with these two. I am very glad I got them and have really enjoyed using them over the last year.

While I am never going to say that these are the only two lenses you’ll ever need because then the wife may see it and decide I don’t need any other lenses either, but If I was going to be on a shoot on a desert island and I could only take two lenses with me.Well, no prizes for guessing which ones I’d choose.

Here is a sample reel I’ve created of some shots I’ve shot with it. I know some shots are a bit shaky, I’ve left those in on purpose so you can see that it may be shaky, but not that shaky when you consider I am shooting handheld at 55mm with no stabilization.