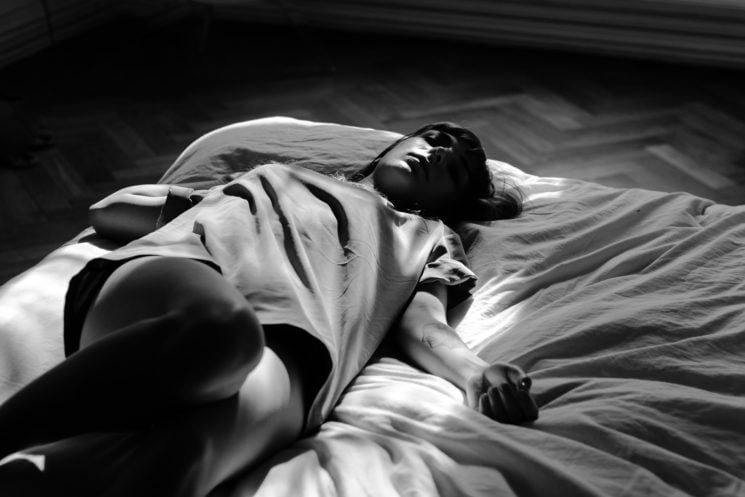 The way women are depicted in ads and fashion magazines has been a hot topic lately. Nudity has been used to sell products for ages, and this trend lives on. It also often causes a lot of attention (just remember the “Hadid sisters” case). Former fashion photographer Jennifer Moss has analyzed fashion magazines over the years. Aside from depicting women as sexual objects, Moss found a few other common poses that seem disturbing. But she argues that the most alarming one is depicting women as corpses.

As Moss tells the BBC, she was able to categorize the unsettling poses into four categories:

This category refers to a woman who looks scared. She’s pulling away from a man or looks like she’s dead.

2. Woman as a sexual object

The second category depicts a woman as a sexual object. Her legs are spread, she is on a bed and/or she is undressed.

The third category is the one where a woman is depicted as a child. Her body language shows submission and weakness. She is looking away and her upper torso is hunched.

Finally, the fourth category depicts a woman as a replaceable product. She is one of many, her face is obscured, and there is no individuality.

When I think about these categories, I realize I’ve seen them all in magazines and on social media. But the ones that I’ve particularly noticed before learning about this categorization are the first and the second ones. I guess we’ve all noticed (and often discussed) the sexual objectification of women for the sake of selling a product. Sometimes it goes pretty far – I remember seeing a huge billboard with a nude lady, and it was advertising car tires.

As for the “woman as a corpse” category, I’ve noticed photos like this too. Models with a bland looks on their faces, staring into the distance… Maybe it’s just me (and Jennifer Moss), but photos like this make me feel a bit uneasy.

Despite the unsettling or inappropriate posing, Moss believes a new, better trend is emerging. It’s the trend of depicting the empowered woman. In these photos, she is looking straight at the camera and is often shot from below. She is depicted as successful and happy instead of scared, victimized, sexualized or dead. Marie Claire’s Fashion Director confirmed this for the BBC, saying that this new trend is replacing the old ones. I also think it is a growing trend, as far as I can see. But I think it will take some time before it becomes the dominant one.

What do you think of the categories Moss describes? Do you think there’s a chance that they might become less popular and that “the empowered woman” takes their place?