The video above is yet a perfect example on how following one’s passion can lead to greatness. It is also a story about one event can change a photographer’s path completely. For Clark it was a UK magazine putting up his photos which led to his appearance on the Good Morning America, the Today Show and several others.

Clark started with an Canon Powershot SD500 (yea that) and a $150 diving case, and on his story he tells that more often than not he’ll take a beating rather than a photo. 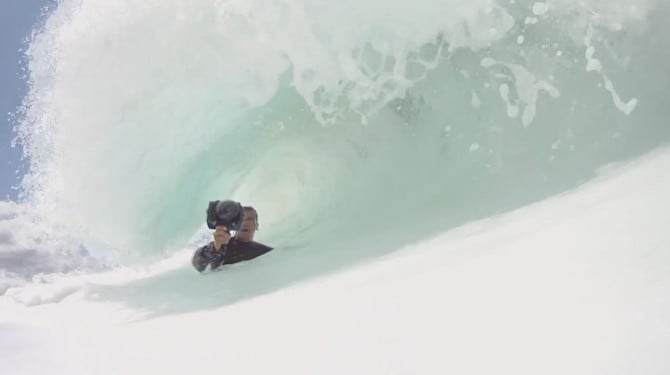 Here is a short description of Clark’s career from the video:

Getting tossed around by shorebreak and slammed into the sand day after day is a rough go; Clark Little wouldn’t have it any other way. In fact, for the North Shore local, it’s all in a good day’s work. But the Waimea addict didn’t grow up snapping shots with his father’s camera like so many photographers do. He instead set out to capture his longtime stomping grounds when his wife came home with a framed photograph of Waimea shorebreak, an image he figured he would be able to easily replicate. Having never owned a camera, he threw a cheap “waterproof” casing over a cheaper point-and-shoot and headed out to the beach. Since that first attempt, Clark has not only emulated his wife’s purchased wall art, but — with a gallery in Haleiwa and international recognition — has become a heavily respected fixture of wave photography

[CREATORS: Clark Little on Staring Down Shorebreak for The Perfect Shot via ISO 1200 Magazine]

« Can Models Suffer From Fear Public Speaking? Apparently Yes
Breathtaking Surreal Photographs Taken With A $50 Camera (And 100 Ton Of Talent) »