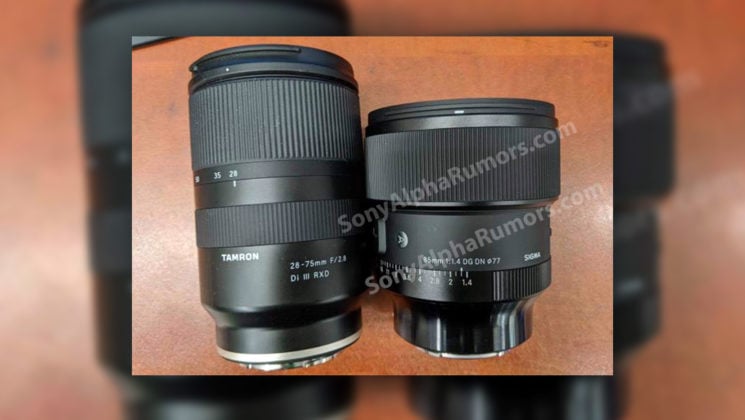 Last Thursday, rumours of a new Sigma 85mm f/1.4 DG DN Art series lens designed specifically for Sony and L mount mirrorless cameras was leaked, with an announcement expected for this week. Now, the first real-world image of the new lens has also leaked, courtesy of Sony Alpha Rumors, and boy, is it tiny!

It’s shown in the image next to the Tamron 28-75mm f/2.8 Di III RXD for full-frame Sony E mount, so we can get a rough idea of the size. In the image below, the line on the Tamron lens measures 463 pixels. The actual lens is 117.8mm long, according to the Tamron spec sheet. The new Sigma 85mm f/1.4 DG DN Art measures 377 pixels in the image, which after a little maths brings it to around 95mm long. That’s really short. 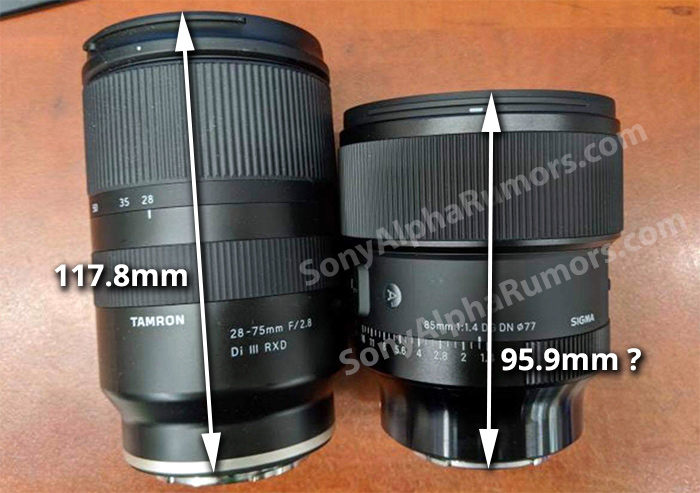 Obviously, the photo above was shot on a fairly wide lens pretty close to the two lenses, so there is some level of perspective distortion in there, but it should be relatively close to the real-world length. 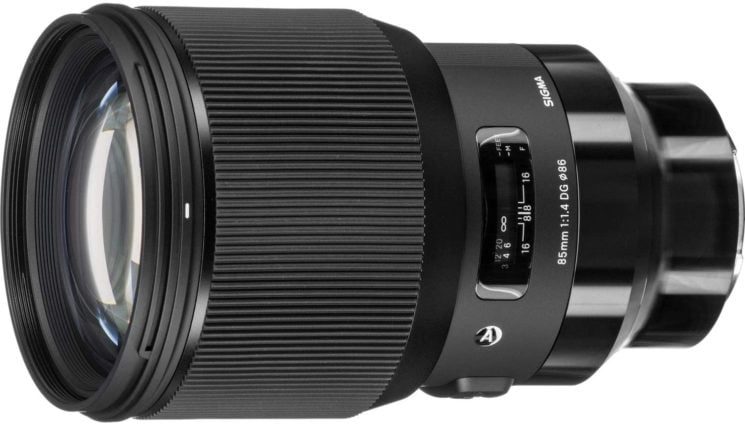 By comparison, the Sigma 85mm f/1.4 Art DG HSM for Sony E mount (the modified DSLR lens), is 126.2mm long. While it’s not quite the “half the size” that was originally rumoured, it’s still a pretty significant size difference.

The rumours also said it would be “half the weight”. With the existing 85mm weighing around 1,130g, there definitely seems some room for improvement given the small stature of the new lens. Whether or not it’ll be “half” or not remains to be seen, but I think Sony shooters will be glad of any weight savings the new lens could offer.

Sigma is expected to make an announcement live on August 6th at 2pm CEST, so stay tuned for more!