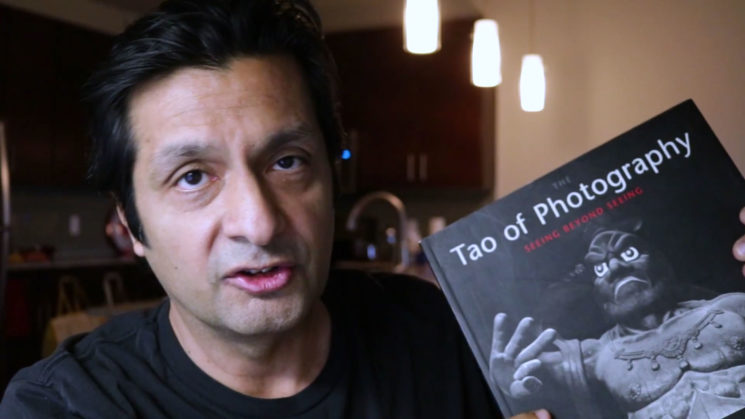 Photographer Ed Verosky admits in the opening line of this video that he’s not a creative genius. But then, very few of us are. Just coming up with something creative out of thin air isn’t easy. We need inspiration. And I’m not suggesting we copy. Just something that inspires us, gets us thinking and starts those creative juices flowing.

Different things inspire different people. What might inspire me may not inspire you, and vice versa. For me, it’s often movies and music, but I can be inspired by all sorts of things going on around me. Ed talks about what inspires him in this video. Maybe it’ll give you some ideas you hadn’t considered.

It’s probably not much of a surprise that I’m a member of quite a few photographer groups on Facebook. The question “Where do you find your inspiration?” is one I read every every single day in those groups. So, obviously it’s something that people struggle with, and need help.

Ed says that there’s three main places he looks to get inspiration for his photographer.

The book store, that’s actual physical books, prints, stuff on paper, that’s the stuff that would really get me excited.

Within half an hour, he says he’s inspired and motivated to just go and shoot. If that wasn’t possible, he’d venture off into other areas of the store, with books on different types of art.

The Internet is an obvious one, but I think you have to be very selective about where you go and what you look for. Some people scour sites like Flickr and 500px. Ed looks for documentaries. There are a few documentaries in particular that Ed recommends in the video. Some are freely available on sites like YouTube and Vimeo, while others are paid services through specific websites.

Personally, I look for vloggers in industries in which I really have no interest. Because if somebody can win me over to a topic I have no desire for, based solely on how their content presents itself, then I know it’s worth watching. There’s one person in particular I’ve been following on YouTube recently. His channel has absolutely nothing to do with photography, but it inspires me anyway. And that’s 19 year old British blacksmith Alec Steele. His passion for what he does, willingness to take risks, to challenge himself and try new things. That inspires me.

The last one Ed mentions is kind of an extension of the videos on the Internet, but he touches on movies and documentaries about photographers. Specifically he cites the likes of Avedon, James Nachtwey, Annie Leibovitz, Helmut Newton, and others. Like the books, they make him want to go out and shoot.

For me, as I said, it’s primarily movies (not about photographers) and music. Music probably inspires me the most. I sit here listening to music while I write, and sometimes I’m listening to something that makes me feel something and puts an image in my head for an instant, and then I have to write a note or two down before I forget what it was. Movies, too, are more about the feeling and the story, although I do look at them for visual ideas, too. Some movies just have lighting setups that are too good to not try.

I’m also in a fortunate position that I have people message and email me their work every day. They want to be featured here on DIYP. Some of it is very inspiring, just listening to the stories of what it takes to get the shot. The effort they sometimes go through to get a single image pushes me to work myself harder, to try out new things. Or to retry old things in a different way.

Sometimes, I get inspiration just walking down the street. It could be a certain colour car driving past a row of houses of a different colour that gives me an idea for a colour scheme on a shoot. Once while I was out walking, a unicyclist (yes, really) passed me on a bridge and it put an image in my head that I just had to create.

I haven’t made that image yet. It’s on the list, though. I’m just waiting for the right unicyclist to come along.

Overcoming Creative Dry Spells and where to find inspiration

Still NYC is a Fun Experiment in Flowing Motion

« This guy destroys Instagram food photos for his friends, and their reactions are hilarious
Yes, Khloe Kardashian really did bring her own lights for her drivers license photo »