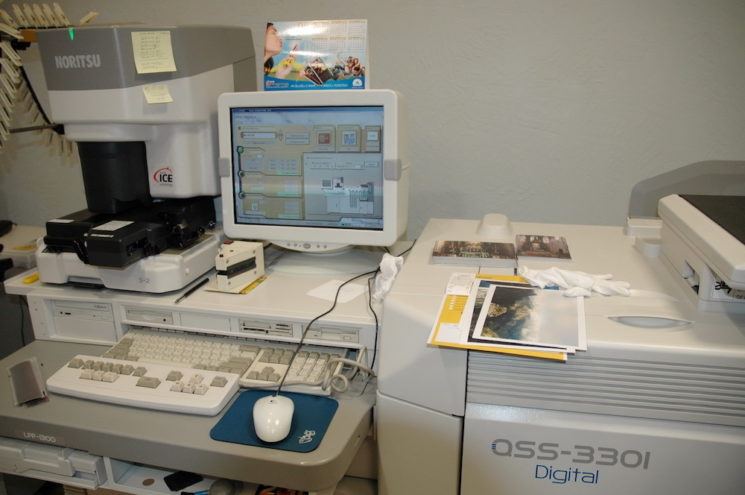 We all have seen some very encouraging news recently coming from major film companies bringing back or releasing new film stocks. Some promising accessories, like the “Lab-Box Film Tank”, have also emerged and it seems that nothing can stop the return of film at the front stage.

The present and near future seem very promising for film photographers and you can read everywhere that film is back…but aren’t we celebrating a bit too fast? I recently had an interesting talk with Juho Leppänen who’s behind cameraventures.com about the future of analog photography and its whereabouts in the next 15 years.

Juho studied the situation over 9 months and interviewed over 300 people directly involved in the industry – from CEO’s to famous film photographers or even teenagers – just to have a global picture of the current situation and how we could make sure that film won’t die a second time. He looked at the situation from his baby boy’s eyes and asked himself :

This question made him look at the situation from a broader point of view and wondered what happened to the major actors of the industry. Because saving film is one thing but who’s going to process all these rolls once the last mini-lab will stop working?

The truth is that most labs are relying on old equipment (often running on Windows XP) and parts are becoming more and more difficult to find. Another forthcoming obstacle will be to find staff skilled to maintain these pieces of equipment.

So he decided to knock on their doors and ask what are their plans for the coming back of film? When he could find them, the answer he received was nothing but a cold shower and seemed unanimous…none of them seems to have a plan of bringing back new solutions or at least updating the existing machines. We are on a sinking ship and the captain is long gone!

My guess is that none of these companies has anticipated this comeback and they are now waiting to see if it’s not just another fashion that will fade in the next years. I believe they are well aware of the situation but don’t want to risk investing too much in a technology that could potentially re-disappear as quickly as it came back.

Sure, there will always be some labs capable of processing films and incurable photographers developing at home but that won’t be enough to keep up with the current dynamic in the resurgence of film.

Another sad truth is that every day, there are fewer analog cameras available and without cameras, there is no demand for film (and all that gravitate around). This is another endangered species because of the collectors with cameras molding on their shelves or simply because it cost too much to repair or CLA. The point is not to blame anyone or point fingers but rather draw a realistic portrait of the situation and what are the difficulties coming up on the horizon. 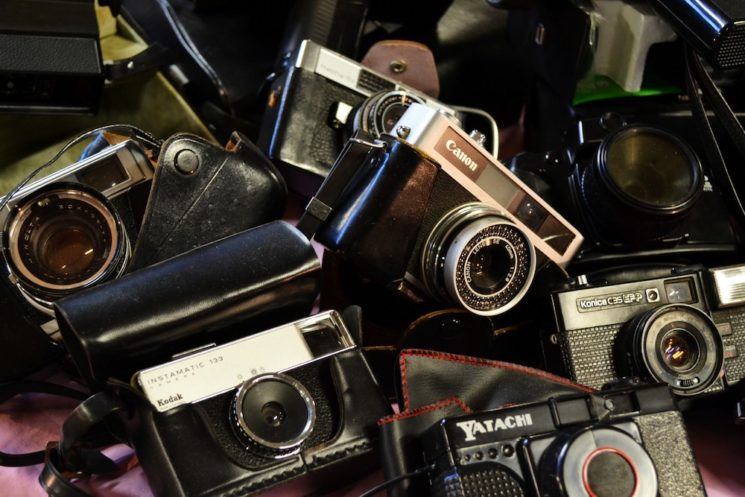 In today’s society where we have been accustomed to replacing our equipment frequently, I don’t see why manufacturers (like Nikon or Canon just to name a few) would bring back to the market new analog cameras capable to last for decades, when they count on us to replace our equipment every 2 or 3 years. That would go against their business model and shareholders would start raising eyebrows.

Sure we can always play with cameras from Lomography or the recently re-introduced Holga but that will never be enough to fulfill everybody’s needs.

Since we are not ready to see new durable mechanical camera anytime soon, the solution is to maintain the ones that already exist. To make this possible we have to help photographers to easily get in touch with qualified individuals or shops. There are plenty of people that still know how to CLA a camera but we still need to know where to look for them. By ensuring that a maximum of cameras is in circulation and working order, we can help to preserve a constant demand for films stocks and supplies that come along. This also keeps the fabrication costs at an accessible level so a maximum of photographers can afford the luxury of the analog workflow.

Nowadays, everything happens on the Internet and building an online presence takes a lot of time and energy (I know what it takes!). I can certainly imagine that small shops or individuals don’t have the resources or knowledge to do such a tedious task.

That’s where Cameraventures.com comes to save the analog world!

The idea behind this website is to create a global platform where photographers, store, labs, printers, service center, individual repair guys etc… can connect locally or internationally with each other. Everybody who has something to bring to the film community is welcome to join and propose its services.

For people who’ve just joined the party, it can only be a plus to have instant access to a network of professionals who can bring solutions when we need assistance with our gear, processing or when looking for equipment for example.

This is not something new to Juho, who already owns a shop of second-hand cameras since many years. On top of that experience, he has successfully created a solid online network of shops, labs, film distributor and is also training a team of technician in Finland, but it’s time to bring this to a larger scale if we want to save as many cameras as possible.

His approach and determination to keep film alive make me think about a story that is usually shared among environmentalist but fits perfectly the situation:

One day a terrible fire broke out in a forest – a huge woodland was suddenly engulfed by a raging wildfire. Frightened, all the animals fled their homes and ran out of the forest. As they came to the edge of a stream they stopped to watch the fire and they were feeling very discouraged and powerless. They were all bemoaning the destruction of their homes. Every one of them thought there was nothing they could do about the fire, except for one little hummingbird. 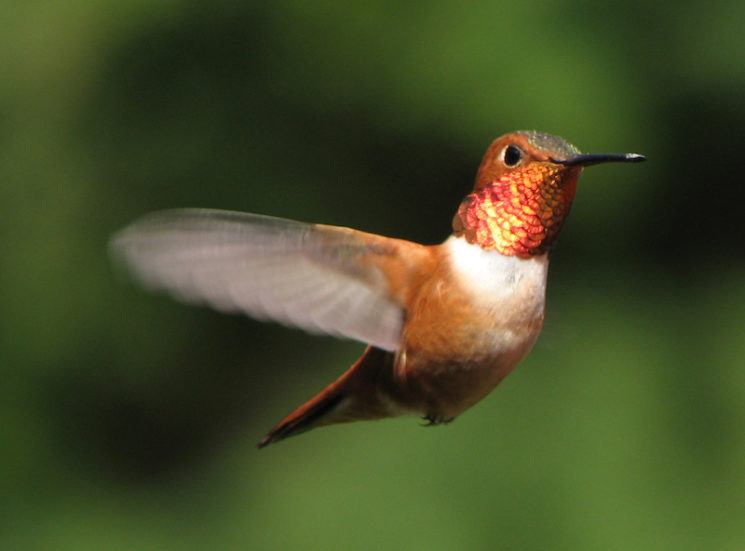 This particular hummingbird decided it would do something. It swooped into the stream and picked up a few drops of water and went into the forest and put them on the fire. Then it went back to the stream and did it again, and it kept going back, again and again, and again. All the other animals watched in disbelief; some tried to discourage the hummingbird with comments like, “Don’t bother, it is too much, you are too little, your wings will burn, your beak is too tiny, it’s only a drop, you can’t put out this fire.”

And as the animals stood around disparaging the little bird’s efforts, the bird noticed how hopeless and forlorn they looked. Then one of the animals shouted out and challenged the hummingbird in a mocking voice, “What do you think you are doing?” And the hummingbird, without wasting time or
losing a beat, looked back and said, “I am doing what I can.”

To me, Juho is the hummingbird of the film community (I hope he won’t mind the comparison!) that can make this come back sustainable for the next decades. He’s showing the example to follow but won’t be able to succeed if he’s alone. That’s why he needs a massive support from everybody who believes in his project and wants to go from the seat of spectator to Actor of the future of film photography.

Until big players decide to come back in the game with new cameras or processing machinery, we are all by ourselves. That doesn’t mean we can’t survive without them! We’ve seen the power of crowdfunding so we must federate our forces together if we want to give Juho’s son the chance to shoot film when he’ll turn 15! 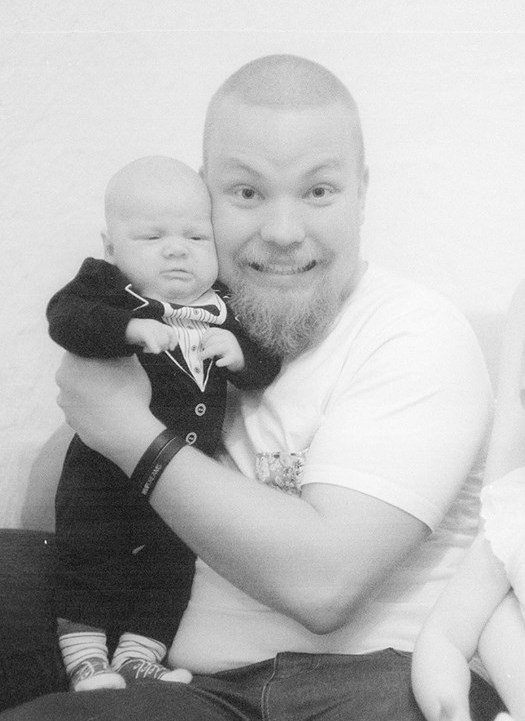 He’s looking for enthusiastic companies and individuals to join and become partners of cameraventures.com . So if you think that you have something to bring to the film community, let him know by filling this quick survey. His team will review your application and get in touch if they have a collaboration opportunity for you. You can also read here the summary of his study which is really interesting too

I wish all the best to Juho and his team for the future. They’ve put a lot of efforts in making this happen so it’s important to encourage them in their fight to keep film alive. Spread the word and let your family or friends know about Camera Ventures! Talk you soon and keep shooting.