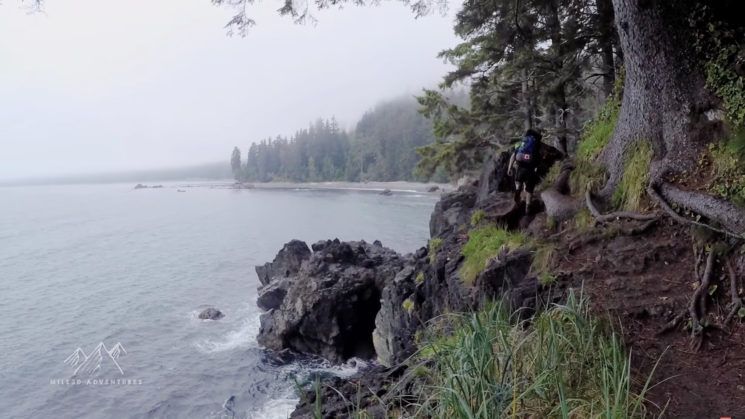 Deciding what gear to pack when you’re travelling to shoot photos of videos is often tricky. Different destinations and plans can require different items. You’re not going to need crampons, for example, if you’re going into the desert. But you might, if you planned to explore the Scottish Highlands in winter. There are some things, though, that are very useful regardless of where you’re going or what you’re shooting.

We’ve covered Filmora’s travel video series before, but I felt this latest episode deserved a post of its own. In this video, filmmaker Justin Brunelle covers the best accessories to pack. Not all of it’s related to photography or video, either. Some of it’s for general safety that you might not even have considered.

When travelling, sometimes you’re shooting in dark places. You need a little assistance to be able to get exposure that aren’t packed full of noise. Whether shooting stills or video, an LED light can become invaluable. Justin prefers the Lightpanels Croma LED light as it gives him adjustable power with temperature control.

Personally I pack an Aputure HN-100 Halo LED ringlight. It’s not quite as bright as a larger LED panel, and you can’t adjust the colour temperature. But, it’s enough to serve my needs when I need a little extra light while travelling. Though it’s designed to go on the end of a lens, it’s not mandatory. I can use it off-camera, too.

This is a big one. Because you don’t want to find out that your memory cards till up or your batteries go flat in the middle of the day. For memory cards, I use the same style waterproof case that Justin shows in the video. They come with a variety of different inserts for different formats. The one I use holds 12 microSD cards and 12 regular SD cards.

I have a short lanyard attached to that case with a Lexar Lightning microSD adapter on the end. This also allows me to backup any photos of video I might’ve shot with my iPhone while I’m out, too. Don’t underestimate the iPhone for quick clips and b-roll. Sometimes it’s less hassle than trying to pull cameras out of the bag, especially if you need to respond quickly. 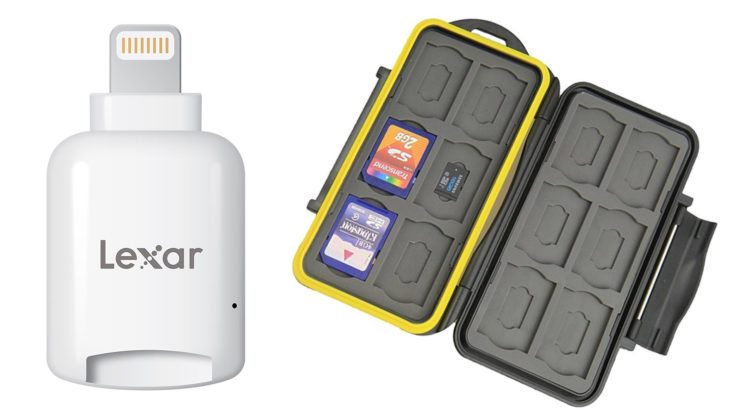 I go through far more batteries when I travel now than I used to. Mostly this is due to the addition of video. Even if all I’m doing is exploring I usually have two cameras with me. A Nikon D800 and a Nikon D5300, and I take 5 batteries out for each camera. If I’m actually doing a shoot and documenting behind the scenes from multiple angles, I’ll have a couple of Nikon D7000 bodies, too. And there have been days where I’ve needed all of those batteries.

I also pack a couple of USB batteries into my bag, too. If I’m going away for a couple of days camping in the middle of nowhere, I won’t have access to electricity. Chances are that my phone is going to run out of juice at some point. They can also be used to power many cameras, too (more on that in a future post).

Extra food and water is at the top of Justin’s list. Sometimes you may end up being out far longer than you’d expected. Perhaps you’re just enjoying the moment too much and want to stay a little longer. Or maybe bad weather forced you to hold out and shelter for a while, delaying your return.

Also high up on the list is a personal first aid kit. Accidents can happen when you’re out in unfamiliar landscapes, and in extreme conditions, minor issues can become very serious. 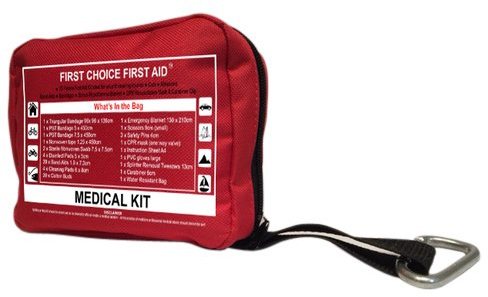 Justin also suggests bringing a communication device. This might seem redundant as most of us don’t even get out of bed without our phones these days. But I also take a second fully charged phone in my bag as an emergency backup. As mentioned above, accidents can happen. Your phone could easily get lost or damaged, and if you need to call civilisation, a backup might literally save your life.

Finally, a headlamp. The Aputure Halo I mentioned above is usually in an easy to access slot on my bag. Both of the phones I take also have a built in LED light I can turn on as needed. So, I tend not to bring a separate flashlight, although I probably should.

There’s a couple of other things I always pack in my own bag when I go out to shoot that weren’t mentioned in the video, so I’m going to list them here.

A tarpaulin. It doesn’t need to be huge or particularly heavy duty, but these can be invaluable. I usually pack one that’s about 2×3 metres. If the ground’s wet and I need to lay out clothes or equipment, it keeps them safe and dry. Or, if bad weather comes in, you can use it to cover your bags or even use it as a makeshift shelter.

Bungee cords and paracord. Bungee cords are extremely useful. They’re handy for attaching things like tripods to rucksacks that don’t have a dedicated tripod slot. They can help to hold lightstands to things to stop them blowing over in breezy conditions. And they can be used to hold the tarp in that makeshift shelter I mentioned above. Same goes for the paracord. You never know when you might temporarily need to tie a branch back to stop it ruining your shot.

What do you pack on every travel shoot?

7 Essential Accessories for Your First DSLR

Going away with camera gear? Here’s how to pack like a travel writer

« How photograph white products on white background like a pro
This stop-motion dance film features real people, and it’s brilliant »