Here is a way to easily take long exposure images with the Apps that come with your iPhone.

Apple’s iPhone has become one of the most used cameras in the world and, over the years. They have added some very cool features to their camera and photos applications on the phone.

Normally, their camera features are very well advertised and they market them very well, but with the latest realise of iOS 11, they seem to have buried the lead as far as I am concerned.

Did you know that if you have a iPhone 6s/6+ and up you can now take “long exposure” photos with your phone? Probably not I’m guessing because Apple seems to have buried the feature pretty deep.

So here is how to do it.

First you need to take a Live Photo. You probably know about Live Photos as it’s the roundish button at the top of the camera App in the middle that 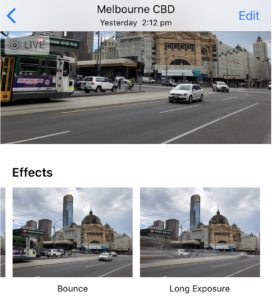 you keep forgetting to turn off and end up with Live Photos that start and end with an image of your feet. I don’t about you but I have found very few times I’ve take a Live Photo, I’ve actually wanted to take the Live Photo.

Well now you want to take a Live Photo. For long exposures, you want to have something moving and something not moving in your frame. This will create a nice contrast in the final image.

Once you are on the Live Photo, swipe up and you’ll see a selection of Effects. Swipe all the way to the right and the last option will be “Long Exposure”. Tap the option and there you go, easy as that.

Now here are some gotchas that I’ve found.

For the element that is moving in your image, you don’t want it moving too fast. I’ve found if it’s a car driving past at “normal” road speeds, it’s probably going to be going too fast and the blur it creates will be almost invisible.

So to overcome this, I tend to take images of cars as they are slowing down, speeding up or going round corners.

It goes without saying that you want to hold you camera as steady as possible the whole time you’re taking the Live Photos, but of course taping the shutter button adds some “wobble” to the phone as you tap it.

To overcome this I try two methods.

One is using the Volume Up button on your iPhone as your shutter button. This works by default, so you don’t have 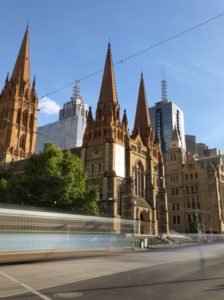 to change any settings. This also lets you hold your iPhone in a way that you would hold a traditional camera, so both hands can be holding it steady as you press the shutter button.

The second method is to use the timer which lets you tap the shutter button and then can give you 3 or 10 seconds to steady yourself as you hold the iPhone. The timer button is just to the right of the Live Photos button the Camera App. Very important, remember to turn if off once you’ve done, otherwise it’s going to confuse you next time you take a photo and you don’t want the timer on.

So, go out there and have some fun with Long Exposure on your iPhone. I’d love to see some of your results in the comments below. :) 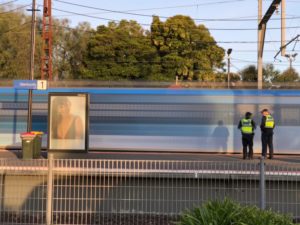 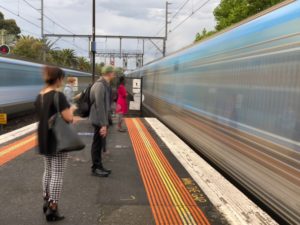