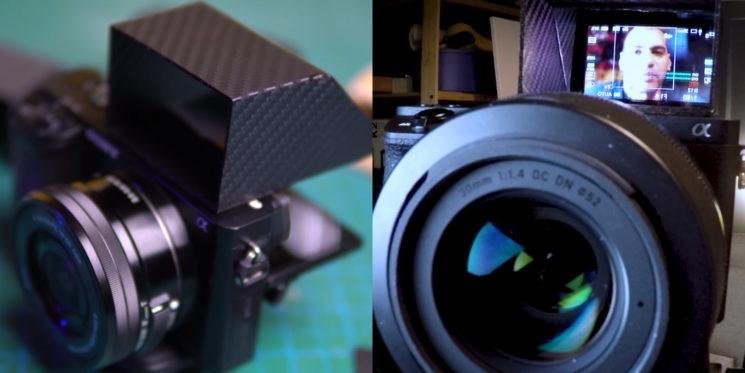 The Sony Alpha 6 series doesn’t have a tilting screen that covers 180 degrees. This makes it hard to use the camera for vlogging or selfies and makes you need to buy an external monitor. YouTuber Hozz of Hozz and Sarah channel has created a DIY solution to this problem with some cardboard and a mirror, and he built one of the best DIY hacks I’ve seen in a while.

Hozz made a small DIY periscope, which he places on top of his Sony A6500 so that he can see himself while recording. This solves two problems you might have with the external monitor and this camera. First, the external monitor doesn’t display all the recording information, such as the battery life or other recording settings. And another thing – well, the DIY periscope is way cheaper. Hozz calls it Alpha Scope, and he shares the steps to making your own piece and adding it to your Sony A6500, A6000 or A6300.

Here is how you should position the camera and the periscope so that you can see yourself: 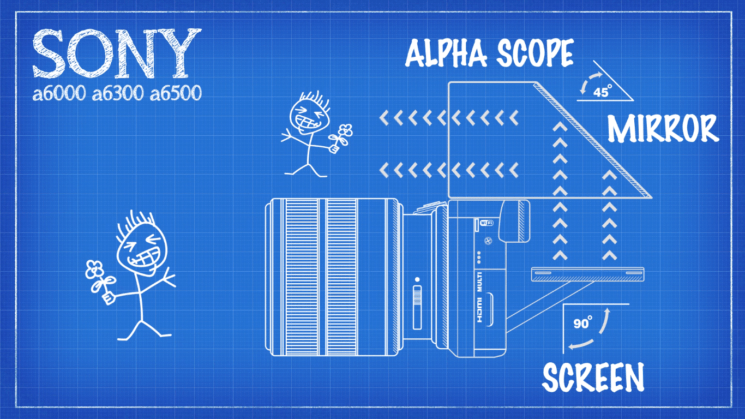 The only problem you’ll have is that the picture will be mirrored, so you may find it hard to read the numbers at first. But you’ll get used to it soon, and I believe this little periscope is still definitely worth making.

Start by drawing the shape of the periscope on a piece of cardboard, and then cut it out with the X-acto knife. Since it’s not a simple shape, Hozz made sure to draw it for you and mark all the dimensions. You can find the exact dimensions here and download the plan in PDF, and this is what the shape looks like. 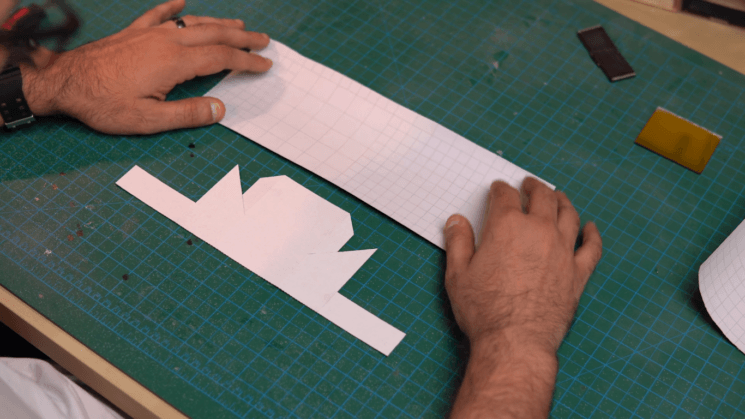 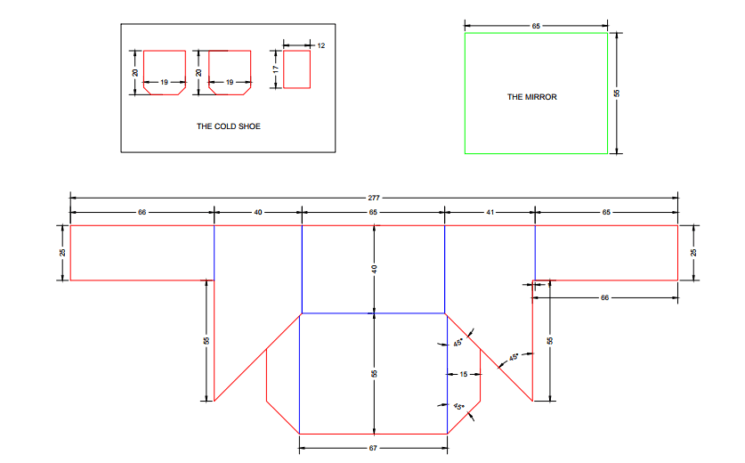 When you’re done cutting out the periscope, add the carbon fiber vinyl film on the inside. When you’re done, add some glue and assemble the housing. You can see in the video how it’s supposed to overlap. 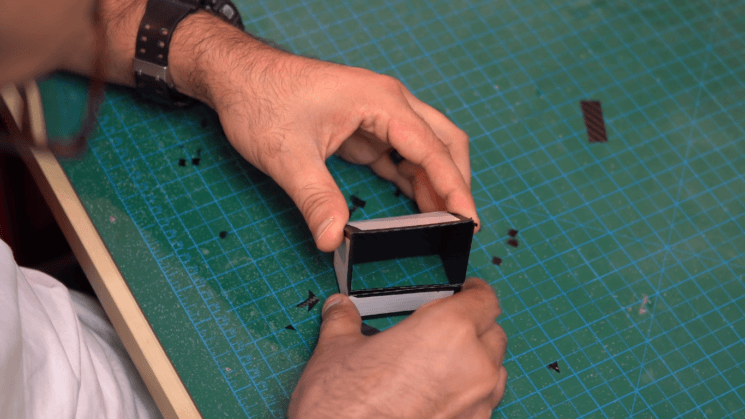 Now, add some glue on the inside, and attach the mirror to its place. After this, you’re almost done. 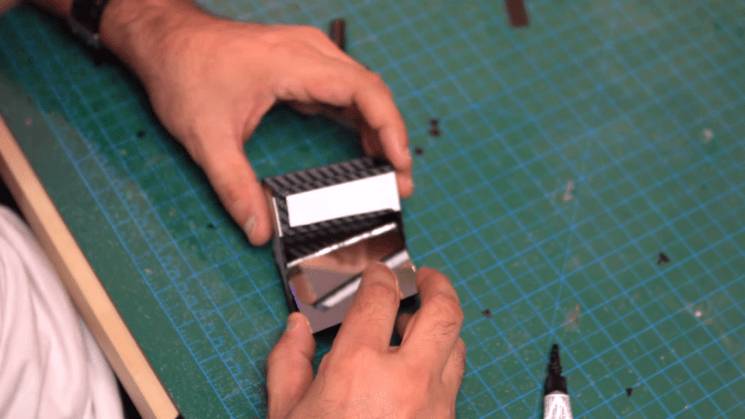 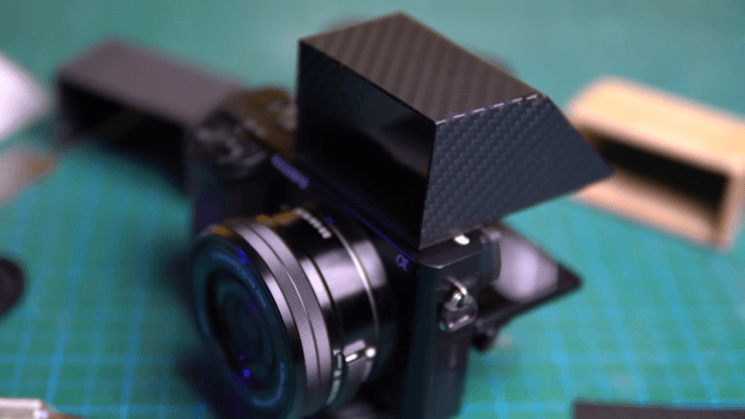 Turn any camera into underwater camera with this $10 DIY periscope