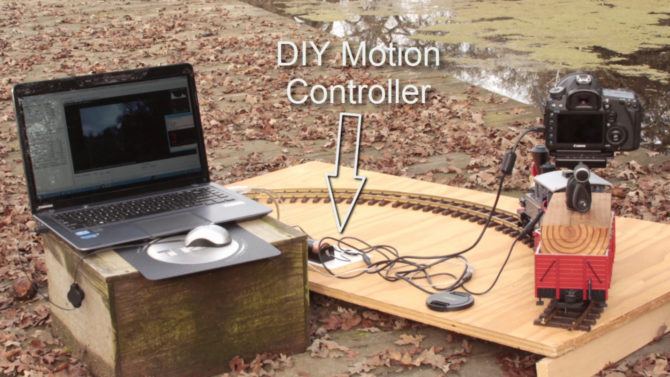 This is one of those unique repurposing projects that would have never occurred to me. Having never owned a train set in my life, why would it? I didn’t even know they came in such scales that would be capable of shifting a DSLR. It did, however, occur to the folks at Granite Bay Software, creators of GBTimelapse.

In this video, we see how the “Loco Moco” system works. A laptop running GBTimelapse powers the whole thing. Signals get sent out through a USB interface to the train and camera. This controls when the train moves, and when the camera takes its shots.

There’s not much information to accompany it, but the video offers some insight.

First, the whole rig connects to the laptop using a Phidget InterfaceKit 2/2/2. GBTimelapse sends signals to this through USB to tell it when to turn power on and off to the Phidget Relay Board.

One end of the relay board gets connected to output pins from the InterfaceKit. Then, the other end connects in series between a pair of D-Cell batteries and the train. This supplies power to the train when it needs to move. 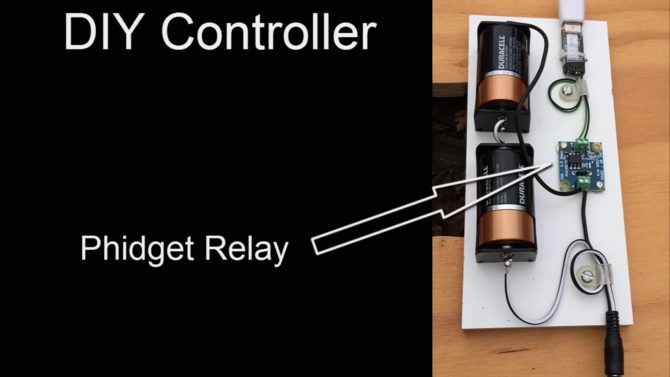 The camera connects up via a second USB cable, in the normal way. It’s a great quick setup. If you have an old train set laying around doing nothing, and you’re already a GBTimelapse user, it’s a relatively inexpensive one, too.

Unfortunately, GBTimelapse only seems to be compatible with Canon EOS bodies, which is  shame. I would’ve liked to have tested this out to see if it would work for similar setups with something like an Arduino. But, I can’t. If you shoot Canon, though, this looks like a neat solution for GBTimelapse users.

The great thing about this is that train sets are modular. So, you could setup your track in pretty much any shape you want. Do you just need a straight track pointing off to the side as you sweep across a landscape? No problem. How about a circular track with the camera pointing to its centre to record timelapse of a growing plant or rotting food?

What toys or items have you repurposed for your timelapse or photography? Are you a GBTimelapse users? Is this something you’ll try yourself? Let us know in the comments.

« Did GoPro just leak photos of the Hero5, Karma drone and a new handheld gimbal on their website?
8 year old girl knocks a drone out of the sky with a golf ball »