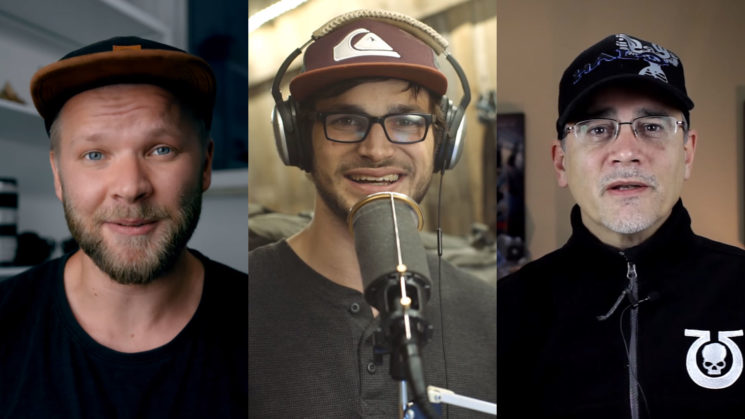 When it comes to video editing, there’s more than one way to do any given task. It doesn’t matter whether it’s organising your media, picking your selects, or assembling everything together on a timeline. And everybody has their own way. But when you’re new, learning from others, finding your own way can be a long, slow process.

In this video from TravelFeels, Matti Haapoja talks to us about his YouTube video editing workflow. He covers his complete workflow from organising his files to outputting the final render, and all the steps in between.

As Matti mentions in the video, editing is more of an art than a science. There’s no one method that’s best or even good for everybody. You need to take bits and pieces from different workflows to see which works well for you.

It’s good to try to follow one workflow when you’re starting out, but regularly look at the workflows of others. See if there’s tips and tricks you can pick up here and there to work into your own way of doing things.

Before you even start editing

Believe it or not, organising your media is probably the most significant step to having an efficient workflow. If you’re shooting with multiple cameras, a drone, external audio recorders, screen captures and other media sources, things can get complicated quickly. Especially when each thing has its own file naming convention. 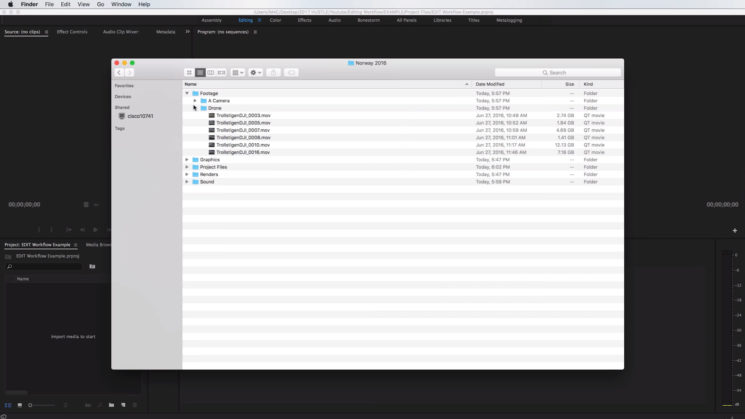 For me, I make a folder for the project as a whole, and inside this I have folders for each camera or drone, one for my audio recorder, one for images, one for music, one for other assets. Occasionally I’ll have a folder for desktop capture videos of software, if applicable, or 3rd party content that needs to be included. I’ll have another one for After Effects compositions that I might be including in the Premiere Timeline (handy for transitions, titles or other motion graphics).

If I’m pulling stock images or video, I’ll create a folder for those, and keep a copy of the license in the folder with the footage so that it’s handy for any potential future claims. That happens a lot on YouTube, even with legally licensed music. I probably have to dispute a claim once out of every 3 videos I upload on my own channel, despite having licenses for all the music I use.

Matti’s way isn’t the only way to do things, nor is mine. We both just use methods that work the best way for each of us. Finding your own way will be a matter of trial and error. Think about what’s frustrating to you when it comes time to find your files, and then think of a way you can organise them that makes life easier.

Having all your files organised at the start means that everything is easily accessible throughout the creation of your project. You immediately know where everything is. You’re not just sifting through folders containing hundreds of files, wasting time, trying to find what you need.

Sufficed to say, this is where the major bulk of your workflow efficiency troubleshooting exists. Are you commonly using the same effects with the same settings over and over? Premiere Pro and After Effects will allow you to make presets with settings you commonly use. Many other editing and effects applications allow this as well. There’s no point doing a repetitive task from scratch every time if you can speed it up to a couple of clicks.

The same goes for colour. If you’re regularly shooting with the same equipment, all your footage is going to come into Premiere with the same colour, contrast and tone. So, set up LUTs and grading presets that you commonly use with your footage.

Matti goes through each individual setting here for his output. I do things a little differently. For me, presets are the key here.

One might think “Well, I’m just doing 1080p for YouTube, and it has that”, but for me, that’s not all it is. What if I want to upload square video to Instagram? or vertical to Instagram Stories? Or an ultrawide horizontal as a Facebook cover video (now that we can do that)? What if we want to upload 360 footage? Or 3D stereoscopic footage?

I have made a bunch of different presets for all kinds of different types of video I may render. It’s a lot easier than trying to create and tweak them from scratch each time.

Like Matti, though, I queue everything to Adobe Media Encoder. I don’t render out from within Premiere Pro itself. That way, I can carry on working, and just leave a bunch of videos rendering out overnight. I’m not waiting for Premiere to render one video before I move onto working on the next.

Other editing workflows to check out

Matti’s video got me thinking about where I got much of my inspiration for my own editing workflow. So, here’s two of my favourite playlists. Between them, they contain so many tips and tricks for organising and editing your media, as well as things to take into account before you even start filming.

One person whose work and workflow I follow is Levi Allen at Leftcoast Media. Levi has a series on how he edits his vlogs, including some great time saving features. This playlist cut my video editing time pretty much in half.

Another fantastic, 23 part series comes from The Basic Filmmaker on how to make a YouTube video. This, too, has some fantastic insight, not only into editing, but the entire production process of a video, tutorial or vlog.

What slows you down the most in your own workflow? And what solutions have you come up with to solve it?

Five ways to speed up your Premiere Pro editing workflow