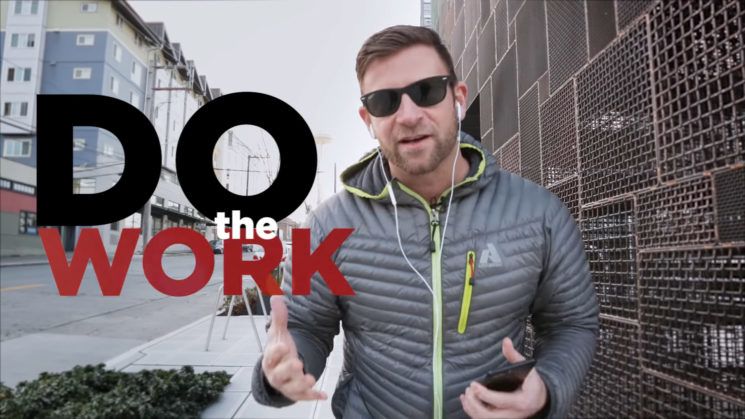 Using social media to promote our work and try to pick up clients is just the way things are today. Too many, though, aren’t seeing the return they’d been hoping for. They’re not seeing the interaction and community of their peers, and they don’t know why. They believe that simply creating it and posting it is all you need to do. Build it and they will come, right?

Well, not exactly. Photographer Chase Jarvis received this question recently. “How do I network? I put my stuff out there on social media, but no one is engaging. How do I build people into my community?” Questions on this theme are something he receives regularly. So, he finally weighed in with his thoughts on the matter. The short version? Do the work. You’ll only get out of it what you put in.

It’s a two part question, but “do the work” is pretty much the answer to both of them.

When it comes to people finding your work, simply creating it and putting out there to fend for itself just doesn’t work. Sure, it might work occasionally, if the right person happens to see it, but that’s extremely rare and your work has to be absolutely killer. The vast majority of the time, you have to “participate in the system”. It’s the long game. You can’t do it for five minutes and stop. It can take years to build up that loyal community.

There are countless millions of people creating content on the Internet now. Whether it’s text, images, or video, there’s more content being created every day than any single human can consume in a lifetime. And it’s all competing for our attention. You have to make the effort to push your content out there and get it seen. You can’t just hope that people will stumble across it. They won’t, especially when you’re just starting out.

As for networking, again, you have to put the effort in. Are you going to conventions or meeting up with people in your field? Or events where your potential clients will be? If you can’t physically participate with others, are you doing it online? Are you following and commenting on the work of others whom you admire? When you do receive comments on your own images or videos, are you responding?

Are you participating in forums and other online communities to help others? This helps build up the credibility that you actually know what you’re doing.

The people that you follow who are getting the kind of engagement you like, are they doing it? Are they going to conferences and events? Do they participate in online forums and groups? Are they interacting with those that do follow them? Look carefully, and you’ll see they’re doing at least some, if not all of these things, and more.

As I mentioned above, and as Chase mentions in the video, it’s a long game. It’s not going to happen overnight. Every “overnight success” you ever heard of probably has at least five years of hard work behind. The keys are hard work and patience.

Personally, I tend to agree with Chase here. I’ve seen both success and failure happen over and over again, and there’s common threads on both sides. The ones that succeed work their asses off to make it happen. Most of the ones that fail, don’t. Sure, some do, but you can’t promote the crap out of bad work. You still have to produce an awesome product, or you’re hyping nothing.

And it’s not something that’s limited to photographers or filmmakers. It’s becoming true with more and more businesses these days. Just look at all the big names who’ve moved their customer service to places like Facebook and Twitter so they can engage with customers. Before, there was only the business customer relationship. Now there’s whole communities based around these companies and their products.

What do you think? Do you agree with Chase? Is there more to it that Chase didn’t mention? Let us know in the comments.

The problem with camera phones that nobody talks about

If nobody cared, would you still take pictures?