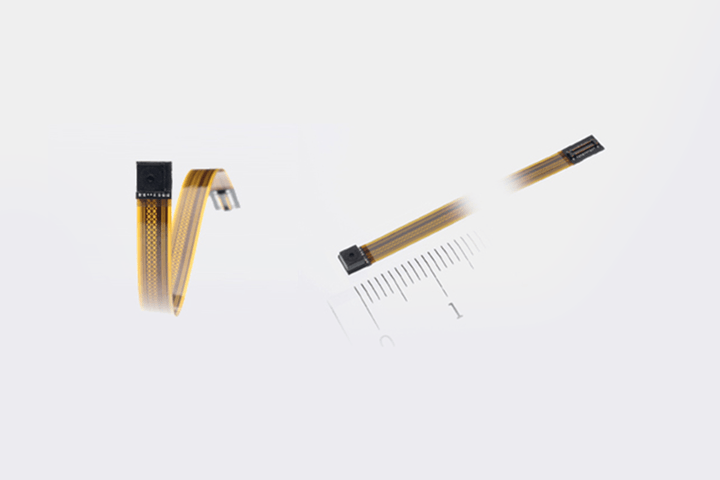 While some companies are trying to make the sensors in their cameras bigger, Sony are doing the opposite. They’re going smaller. Really small. Their new 2mm sensor is capable of a single megapixel, 1,296 pixels along the longest edge. Paired with a 2.6mm lens, the circuit that connects the whole thing to a device is also extremely tiny. The 20 pin connector is shrunk down to a minuscule 3.3mm. And the whole setup weighs just a tenth of a gram.

This sort of sensor isn’t all that useful for the handheld cameras most of use, but it does hold a lot of possibility for very small devices. Like smartwatches. These typically don’t contain any camera at all. Not even a front-facing one for things like Skype or Face time. Sony say the new sensor also boasts very low power consumption. So, it’s something that many smartwatch owners have been waiting for. 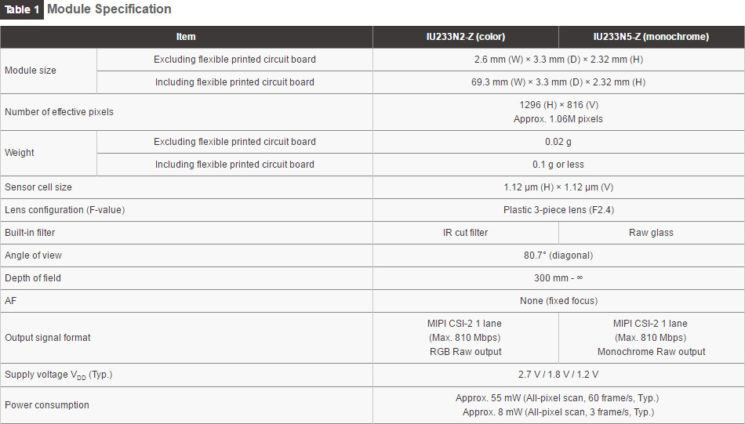 With reduced framerates, the camera uses as little as 8mW. Although the camera is capable of shooting up to 60fps at its maximum resolution (a little bigger than 720p). When it does this, though, that number bumps up to around 55mW, although that’s still pretty low. To give you an idea of how much this is, the 42mm Apple Watch contains a 940mWh battery. Even the smaller 38mm Apple Watch contains a 780mWh battery. So, it really is a fraction of its capacity.

At its fastest framerate, Sony say it shoots up to 240fps, but the resolution drops down to a measly 324 pixels. That kind of resolution might sound like technology stepping back a couple of decades. Although, we never had framerates like that when 320×240 was the pinnacle of digital home video.

It could also shape up to be a great sensor to start adding collision avoidance and other detection features to tiny drones. At such a small size, weight and power consumption, it could also become the future of FPV for racing drones. It might take a couple of generations to bump up the resolution enough to meet the demands, but I think it can get there.

We may also start seeing it implemented in other wearables, such as the recent Snapchat Spectacles. Of course, with smaller sensors and lenses, like these they wouldn’t need to look quite so ugly and obvious.

There’s been no official word on what products this sensor may find itself in, but it holds a lot of promise for the future.

Are you a smartwatch user who wishes it had a built in camera? What other possibilities can you see for such a tiny camera? What devices would you like to see them put into? Let us know in the comments.

What’s the future of cameras and what’s coming in 2021?

Photography From The Future: Tiny Camera Sensor May Equipment Anything And Everything With A Camera