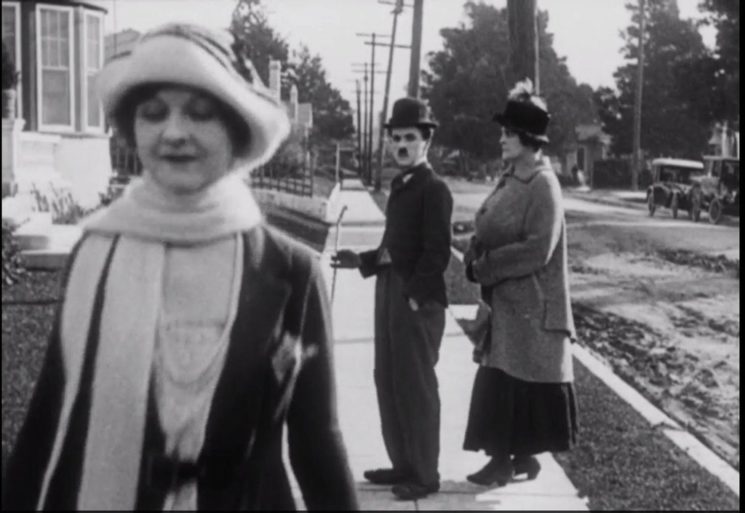 I’m sure there aren’t many of you who haven’t stumbled upon the “Distracted Boyfriend” meme somewhere on the Internet. It caught fire last year and ended up having thousands of hilarious variations. And although we connect it with the present time, it seems like Charlie Chaplin invented it way back in 1922.

Film writer Peter Goldberg posted a screenshot from Charlie Chaplin’s short film Pay Day, where he turns around to check out another woman in the street while his wife is next to him.

I'm very sorry for this, but… pic.twitter.com/iewtkmUmkG

Tom Ryan “fixed” the screenshot by flipping it horizontally, so it resembles more the 2017 “Distracted Boyfriend” meme we all know.

I didn’t take long for the people of the Internet to start turning the 1922 scene into a meme. Personally, I like the modern “Distracted Boyfriend” meme, so the vintage one gave me chuckles, too. Especially this “meta” meme:

Here are a few other examples:

sorry if this has been done pic.twitter.com/lAFSceiBLj

I see internet memes as a very interesting phenomenon. I guess I’m not the only one, considering that they even sparked some academic research. I believe Antonio Guillem, the photographer behind the original image, couldn’t have ever imagined that his stock photo would turn into internet sensation. And I wonder what Charlie Chaplin would think seeing that his movie from 96 years ago is gaining this weird kind of popularity in the 21st century. : )

The girl from the “Distracted Boyfriend” meme is always totally shocked

« Print your photos before they become everything you have left
We are giving away over $6,500 in gear to help you kick-start your cinematography passion »