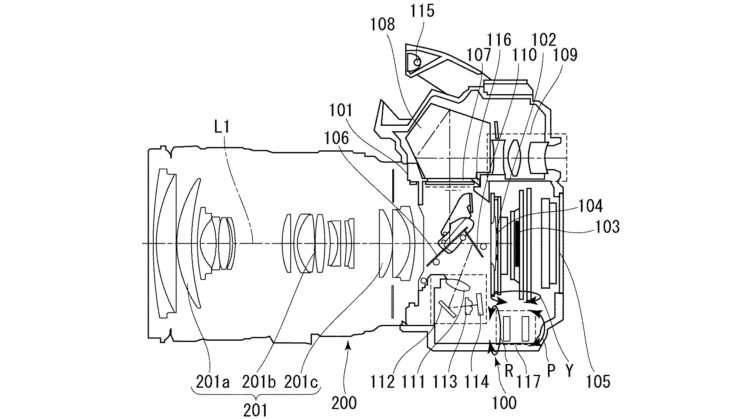 According to a patent unearthed by Japanese blog Hi Low Note, Canon appears to be working on a new IBIS system. Great news for those who were annoyed by the distinct lack of any kind of stabilisation in the new Canon EOS R Mirrorless camera. There has been statements about why Canon didn’t include IBIS, but it was never ruled out as a possibility in future models.

Interestingly, though, this patent doesn’t actually show a mirrorless camera, but a DSLR.

A Google translated section of the patent reads…

Along with a number of images to illustrate the various points addressed in the patent.

While the patent doesn’t specifically mention DSLRs, it doesn’t specifically mention mirrorless, either. And there is that DSLR cross-section image to think about. Whether or not it will be possible to use the tech for both DSLRs and mirrorless cameras is unclear, but it does seem a little odd that Canon might be considering IBIS in their DSLRs now.

Only time will tell, I suppose.

If you want to check out the full patent, you can do so here.

It looks like Canon is bringing IBIS to its DSLRs, too