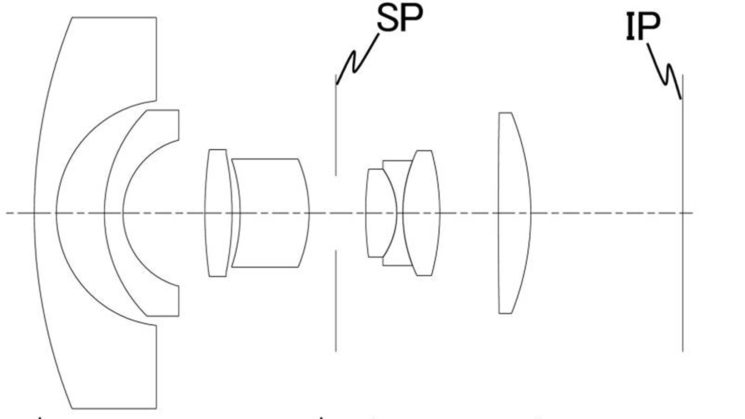 Canon has stated that their new full-frame mirrorless line will sit alongside their existing systems in their product lineup. That an APS-C format mirrorless in the EOS R is essentially not possible, and that EOS M will continue to live on and see development.

True to their word, a new patent has just surfaced for a potential 10mm f/2.8 Fisheye lens design. The short backfocus distance suggests that it is for a mirrorless camera with an APS-C projection size. Given that it’s APS-C, it won’t be for the EOS R, but for the EOS M line.

Japanese patent number 2018185386 (sorry, the site won’t let me link it directly, you’ll have to hit the search) describes the build and function of the lens, along with a bunch of mathematical formulas – although the computer generated translation isn’t that great.

It is called for that the optical system for imaging is smaller than before. Since a camera body is becoming small, also, for example in the lens replacement-type camera, the needs of the miniaturization of an optical system are high especially in recent years. The wide-angle lens which can photo a wide field angle fits the person, the animal, and the scenery shot, and since peculiar drawing using distortion can be performed, especially the fish eye lens that can photo a wide field angle is liked.

Whether or not you really need a fisheye lens for your EOS-M camera, doesn’t matter. And while patents don’t necessarily guarantee a product release, the application of the patent does still at least demonstrate some commitment to the system.

So, if you’ve been worried about your EOS M kit not being able to keep up in the future, you might just be ok.