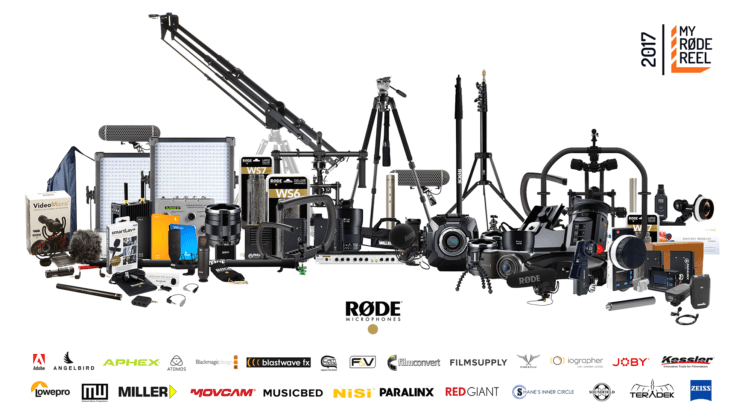 RØDE Microphones film competition, My RØDE Reel, is now in its fourth year. Established in 2014, it’s rapidly grown to become the world’s largest short film competition. With close to 8,000 entries from 89 countries, it’s become a staple amongst the global filmmaking community.

This year, the competition is back with a massively increased prize pool of more than $500,000 worth of equipment up for grabs. These prizes include one completely new one, membership to the RØDE Directors Club. This could net you every new broadcast and filmmaking category microphone that RØDE release for the next three years, and you get them before they’re even launched.

The competitionis open to anybody around the world at all levels from amateur to professional. All that’s required to take part is a short film of three minutes or less and a behind-the-scenes reel the features a RØDE product being used during production of the film.

The number of categories for this year’s marquee awards has grown from five to a total of six.

Each of the prizes for these awards is worth over $40,000. The BTS award is now two categories.

New genre awards for 2017 include…

You can see the full list of entries and grab the free entry kit now at the My Rode Reel website.

So, what are you waiting for? Get filming!