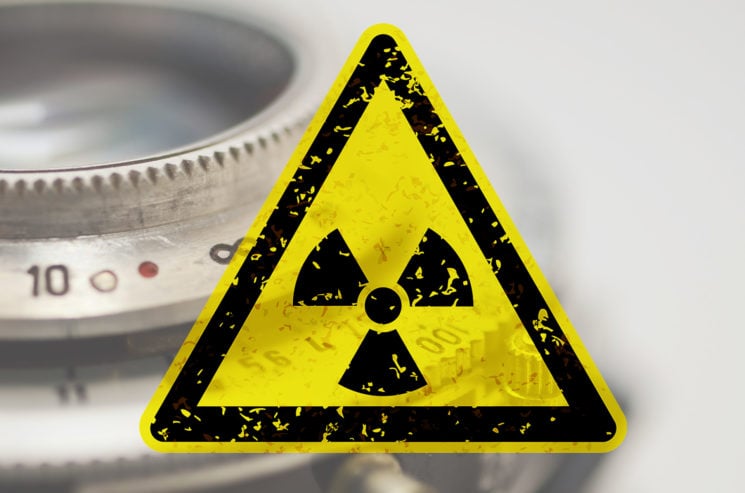 If you use vintage lenses, you might have heard that some of them are radioactive. As a matter of fact, many lenses produced between the 1940s and the 1970s emit a measurable amount of radioactivity. It comes from the element named Thorium, which was used in the glass elements of the lenses. But should this concern you? Could your precious collection of vintage lenses damage your health? Mathieu Stern decided to find it out. He did some “tests” to check whether the radioactivity of the vintage lenses is harmful to the health, and it seems he even had some serious fun while he filmed the video.

But first, how do you know if your lens contains Thorium? If you can see yellowish tint on the glass, this means your lens contains this element. Thorium was used to improve the image quality, but the downside is that it becomes yellowish with time. And, well, that it’s radioactive.

Mathieu did two mock tests to find out whether his radioactive lens could do him harm. He placed near the lens some Usnea Barbata, a plant sensitive to radioactivity. And for the second test, he kept the lens near him for a week, all the time. On day seven…. Oh god, no, is that blood?

Okay, time to get serious. A radioactive lens containing Thorium emits around 0.01 mrem/hr. For comparison, a chest X-ray emits 10 mrem, and none of us died from it. According to Nuclear Regulatory Commission, Americans on average receive 620 mrem each year. So, even if you had your Thorium lens with you at all times (and I assume you’re not that attached to it), you’d receive a yearly dose of 87.6 mrem from it.

In conclusion – no, you can’t get sick or die from radioactive lenses. You’d have to spend months in a room filled with 2 million of them in order to feel any consequences, and I believe no one’s collection is that big. So, if you have a couple of good ones, don’t be afraid to use them.

Are Patents Like The Three This Photographer Holds Harmful Or Ultimately Helpful For Our Industry?

Sarcophagus and other most radioactive places in Chernobyl