A few weeks before Christmas my best friend’s husband rang me:

Daniela, I want to buy M a camera. What should I get her?

I asked the standard questions: how much does he have to spend and what sort of photography does he think she’ll be doing. He tells me there’s £500 in the kitty and she’s been making murmurs about taking more landscapes and getting better photos of the dog. I suggest that maybe he wants to look at an Olympus PEN. They fall well within his price bracket; they’ve a good frames-per-second rate and lots of AF points for capturing their off-his-rocker dog; and they’re pretty light. Given that my best friend lives close to the Alps and walks a lot, this is a bonus.

However, I add my usual disclaimer. ‘For that money, no one is going to sell you a bad camera. It’s more important to find the one that best suits your specific needs.’ 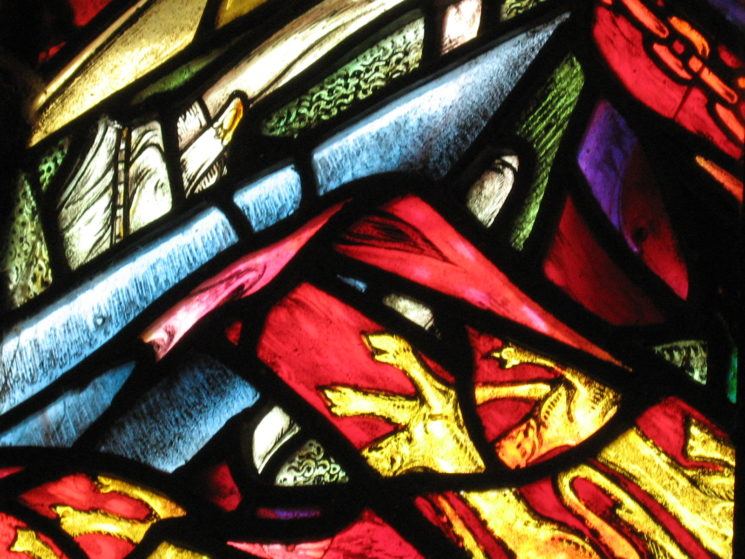 Taken with an ancient Canon compact

It’s a statement I’ve been making since people began asking my camera-buying advice, and I stick by it today. Does it matter if you’re shooting Canon or Nikon or Olympus or Fujifilm or Pentax or Sony or anything else? No, not really.

Is that controversial? Did I commit a cardinal sin by recommending an Olympus for my friend when really I should be wedded to Canon with such fervour that I am determined to spawn a tribe of Canon devotees? I don’t think so. All those years ago I bought a Canon dSLR for three reasons. One: it was the camera I could afford. Two: I was already accustomed to Canon’s interfaces. I felt confident using their kit. Three: a friend whom I knew would be prepared to lend me gear also shot with a Canon. My lens arsenal trebled and I had access to terrific toys such as off-camera flashes. If he’d have used Nikon would I now be a Nikon user, too? It’s actually a strong possibility.

I wasn’t exactly a partisan player in the Canon vs Nikon turf wars back then and with the advent of compact system cameras, my impartiality hasn’t wained.

The price to specification ratio

At the entry level of the dSLR market Nikon gives you more bang for your buck than Canon does for just about every facet. From frames per second to auto-focusing points and ISO, the Nikon D3300 beats the Canon 1300D comprehensively, for roughly the same price. If you’re prepared to spend a little bit more, however, the Canon 100D becomes a more enticing prospect with its touch screen and lightweight body. 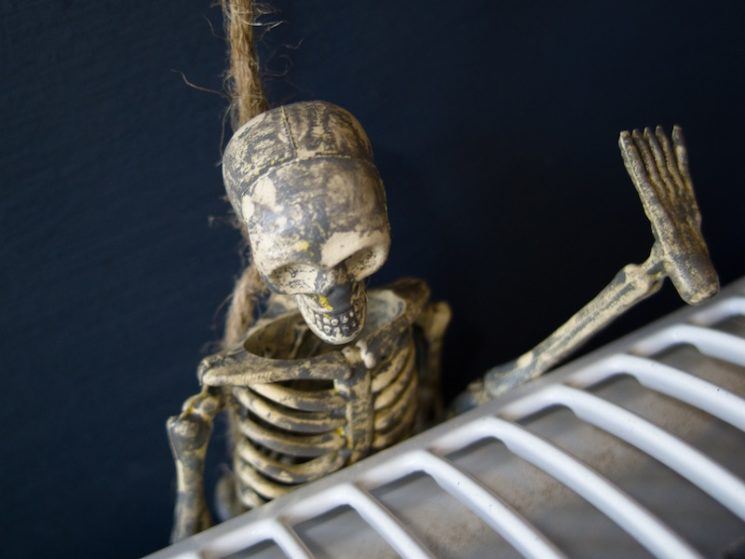 Taken with a Pentax Q

As you continue up the ladder, the tide between Canon and Nikon ebbs and flows. Pentax even gets to dip its toes in the water at some points, too. Depending on how much money you have to spend, the camera giving the best value for money is not going to come from one particular manufacturer. When you look at compact system cameras, it’s a very similar story. For some people, Olympus is going to give better value for money, for others Fujifilm or Sony hits the spot

By the time that you reach ‘professional’ cameras, the question is verging on the irrelevant. It’s likely that anyone buying a pro level camera has been shooting for a long time and has a collection of glass to prove it. Unless one manufacturer has made stratospheric advances compared to another, why would anyone change? You’ve ‘bought into the system’. Of course, it isn’t unheard of to ditch your Nikon gear for Sony, but it’s not all that common. And some professional photographers are camera enthusiasts to the extent they have cameras and lenses from a vast array of manufacturers. Try telling them that the make of your camera matters.

Buying into a system

When compact system cameras began to emerge in the market, I remember being turned off them for two reasons. First, they didn’t have the best range of lenses to go with them (even if you could get by with an adapter) and second, I’m a little bit too attached to my optical view finder. For people who can’t afford to maintain a collection that’s a veritable library of cameras and lenses, or decide to sell everything and start again, once you’ve started with Nikon, you’re sticking with Nikon and looking at the lens selection available will be a part of that decision. Now that Fujifilm, Olympus, Sony et al have been churning out mirrorless cameras for a while they have a selection of lenses to back up the bodies. Which system you settle on might still have some impact for some types of photography, but it’s becoming less and less relevant.

I’ve never got along with the Sony interface. For whatever reason, I find it confusing and unwieldy. Am I an outlier here? Maybe. But for me, this is a deal-breaker. I don’t wish to be lumbered with a camera that I find unintuitive and thereby miss the shots that I want. This is, however, a personal criterion. In the grand scheme of camera proficiency I would advise anyone buying a camera to ensure that they’re comfortable with the interface. I’d cite my struggles with Sony as evidence, but remind them that what works–or doesn’t–for me will be different for them. 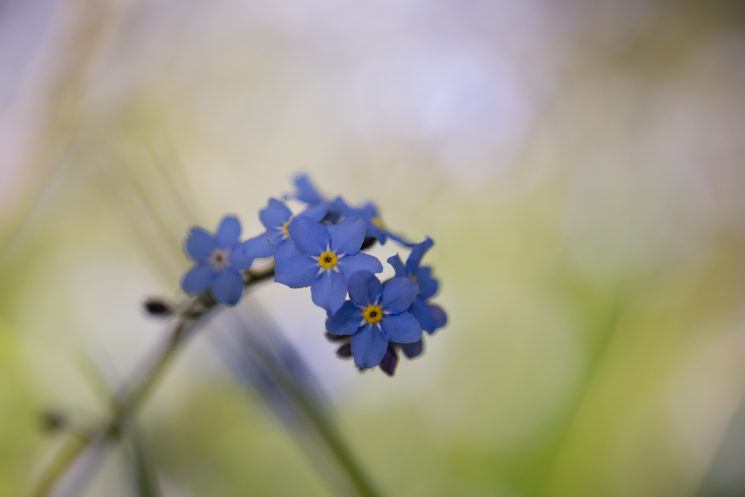 Taken with a Canon 6D

If you’re not comfortable holding your camera to your eye, adjusting its functions, and schlepping it about, you won’t enjoy using it. If you don’t enjoy using your camera, you’re less likely to enjoy practising photography. If you don’t enjoy practising photography what’s the point of having a camera in the first place? So in this respect, yes, the camera that you use is vitally important. But the camera that feels right in my hand might feel entirely different in my best friend’s hand. As much as I loved many aspects of the Fujifilm X-T1, I found adjusting its shutter speed wheel virtually impossible. Without clear control of this essential function, I couldn’t happily purchase an X-T1. It doesn’t mean to say I’d dismiss any other Fujifilm or that I’d discourage someone from looking at an X-T1. But I would suggest that any camera you use has to be fit for your purposes.

‘The best camera is the one that you use.’ That’s the camera that you understand, that fits in your bag, and that performs to the level that you need it to. If you need optical view finders and the ability to put 800mm lenses on your bodies, then really, you’re looking at a Canon or a Nikon. If you want something compact to carry up mountains but still has lens flexibility, think about an Olympus PEN. There’s no right or wrong here in terms of camera manufacturer. It’s about right or wrong for an individual photographer. 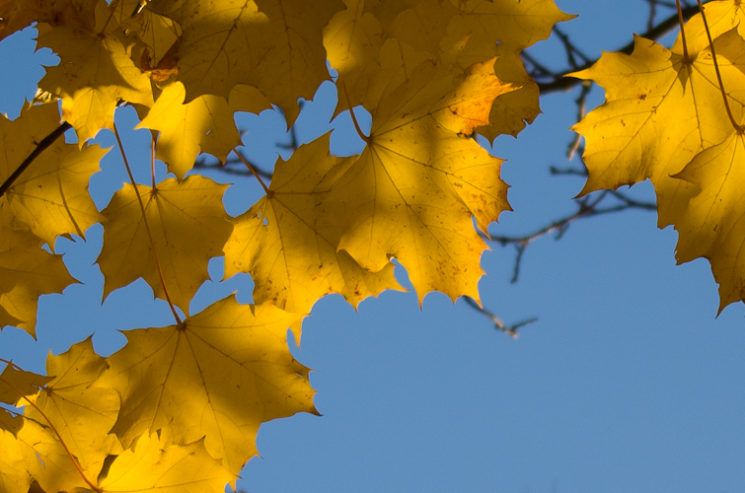 Taken with a Pentax K-30

Twelve years ago it was Canon making waves in the digital camera market. The 5D was regarded as ground-breaking in terms of its design and price. When the 5D Mark II came along and could be used to make video, it opened up an entirely new creative outlet. But somewhere along the way, Canon’s development seems to have stalled. Nikon has forged ahead in some areas while the low-capability and size of the Sony A7 changed the game again. Who’s leading the way and who’s falling behind is a constantly swirling mill pond. Some years the manufacturer you favour will be ahead of the pack and at other times behind it. But what matters most is that the camera you’re using is facilitating the delivery of the results that you need.

Does your camera brand matter?

No. Not really. What matters is that you know what you’re doing with your kit and the camera that you use affords you all the control that you need. It’s horses for courses. Or cameras for photographers.

What is VC and why does it matter?