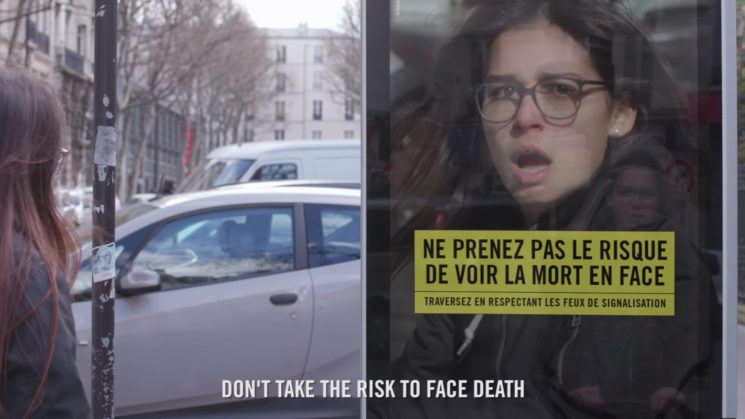 Billboards are often ignored. You can walk past a hundred of them in a day and not remember what a single one of them was promoting. We just kind of tune them out. This one in France, however, is a little difficult to ignore. Especially if you’re crossing the street when you’re not paying attention.

The billboard has sensors which monitor for people crossing the road when they’re not supposed to. It plays a loud tire screeching sound making the hapless wanderer believe their life is in danger. It then snaps a photo of the terrified pedestrian and puts it on the billboard. The goal is to raise awareness for the dangers of being a careless pedestrian.

Serviceplan are responsible for the campaign on behalf of the DRIEA. They say that such carelessness results in 4,500 victims each year in the Paris region alone.  Alongside their photo is a caption which reads something to the effect of “Don’t risk staring death in the face. Pay attention to the traffic lights.” Seeing a photo of yourself with a genuine reaction, that look of shock and horror on your face is certainly bound to make an impact. Metaphorically speaking.

With his own face as the subject of this warning, the message is authentic and credible; a fake picture could never achieve this.

The reactions are quite interesting. After they first hear the sound and then realise nothing’s happening, they seem angry, frustrated. But then they see the billboard after they finish crossing the road.

The subjects of this stunt seemed to take it to heart. The looks on some of their faces when viewing the billboard look even more shocked than the photo the billboard displays. 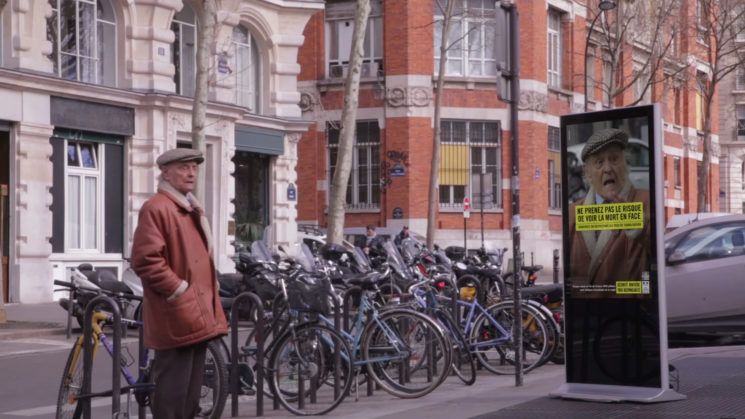 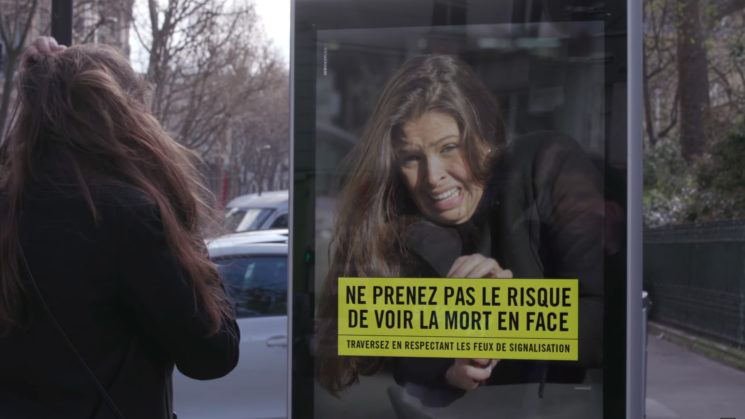 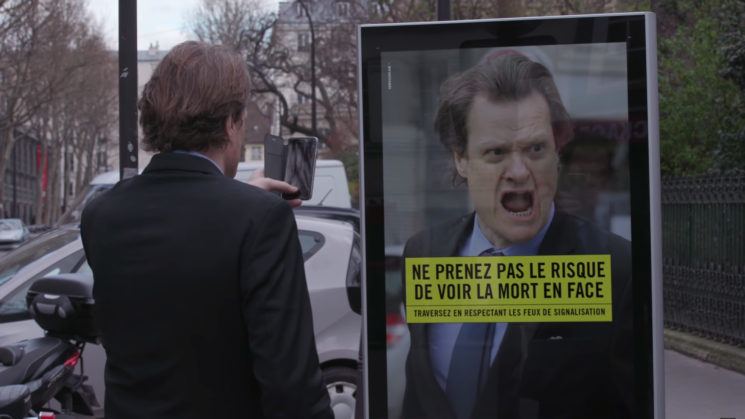 It may seem a little extreme. Cruel, even. But it’s people such as those caught out by the billboard that are hit and killed every day around the world. And while it’s difficult for the families of those who may die, it’s also difficult for the drivers of the vehicles that hit them, through no fault of their own.

Footage and photographs of the jaywalkers is currently being used in a larger campaign around France.

« When the model fires the camera – Mixing lightning with light painting
Sony A9 – Yes, the overheating indicator turns on, but it looks like it has no impact »