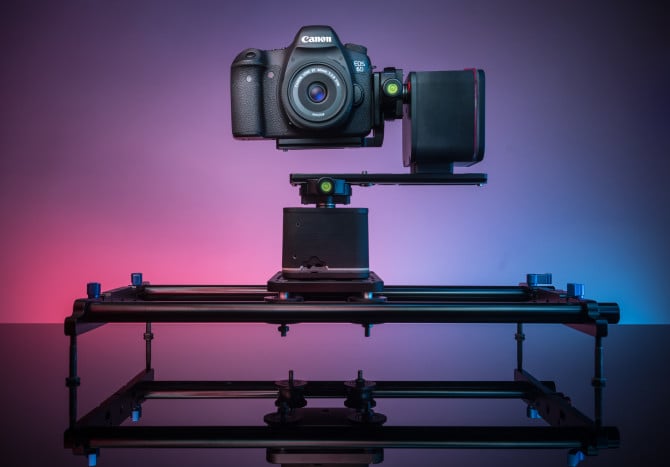 AXSY T-Set is the latest motion control system, in a very long list, to try and find its way into the market via Kickstarter.

Boasting a 3-axis system controlled wirelessly by an advanced app, and a relatively low price, this could be the next best thing for timelapsers, astrophotographers and filmmakers.

The T-Set is not your everyday motion control system. It is one of the few systems that offer simultaneous 3-axis movement, and while it offers some high-end features, it is definitely priced competitively.

An earlier version of the T-Set

The system is comprised of four building blocks:

Centric allows extensive wireless (or wired) control of your camera, and controls the Spin unit wirelessly via RF-mesh network. 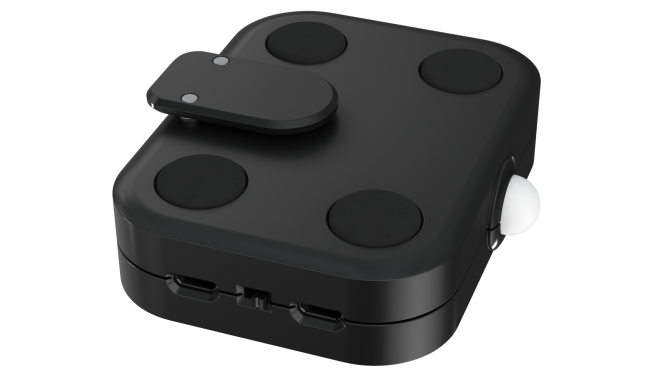 Spin is a smart, versatile and solid looking motor. A 3-axis system will include three of these units, one for each motion: slide, pan and tilt. Each Spin includes an encased 11.1V 1050 mAh battery which should last for hours. Unlike some other systems, the AXSY does not require you to change motors for various speeds. 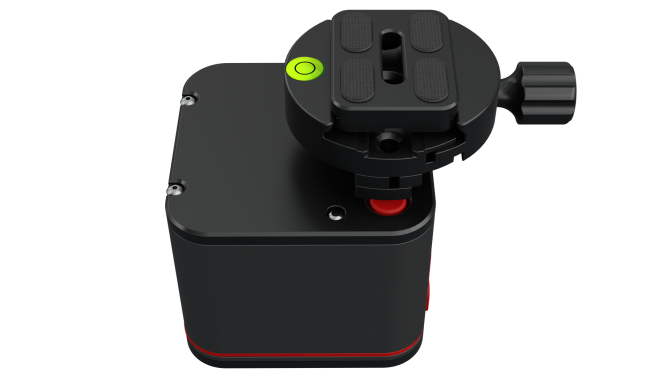 Slide does not bring any groundbreaking features to the world of sliders, but it seems to be very well designed. The default slider is 100cm long, but you will be able to extend it indefinitely by adding extra 50cm long rails. The slider being offered to pledgers can also be broken down to two 0.5 meter long rails.

Being modular is great, but its size is what I think is really great. If you plan on travelling with a slider, 50cm is the ideal rail length IMO in order for it to fit in bags and carry-on luggage.

Attach a Spin to the side of this slider and you’ll have a fully digitally controlled slider. While there’s no need to swap motors, AXSY will be “offering different sized pulleys. The large pulley will allow extra speed for video and the slower pulley will allow extra resolution for macro timelapse”, according to AXSY founder Paul Church.

The smartphone app, which will be available for Android and iOS, is undoubtedly one of the strongest selling points of this system. No need to worry about forgetting any cables at home, as the app connects wirelessly to the Centric. AXSY says the app will allow quick setup with no special knowledge and while the intuitive user interface should make creating movement easy, AXSY promises that hardcore users will find a deep feature set and have full control over all the details.

Weighing in at 5kg, the T-Set is able to move vertically with a 10kg load or horizontally with 30kg. These are the current weight and capabilities, though AXSY is working on improving them both. 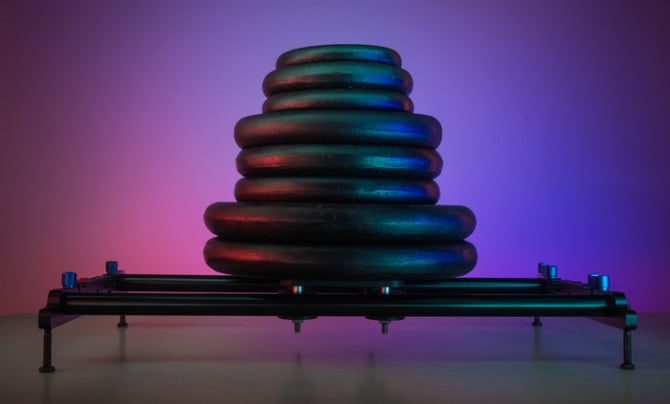 Weight should not be a problem for this slider

Additional major features include open source firmware, repeatable movements, advanced keyframing, motion tracking, updates via microUSB and, if all goes according to plan, the Spin will be waterproof.

As for price, notice I said it is “relatively cheap”. You won’t be able to pledge for any of the AXSY products by watching a movie at home instead of at the cinema, but compared to some other systems this is a very tempting investment.

The AXSY team is offering various levels you can pledge, so regardless of your budget you will be able to enjoy at least some of the benefits this system has to offer.

The cheapest set consists of a Centric and one Spin and will cost you $545, though you can get in on the fun for $230 receiving just the Centric. If you hurry you can still get in on the early bord special for $210.

A full 3-axis set (T-Set: Centric, Slide and three Spins) will set you back $1400 and, like all other levels, is expected to be delivered in July of this year.

Learn more about the AXSY T-Set in the video below and head over to the Kickstarter page if you’d like to pledge.

What do you think about the AXSY? Would you leave your current setup for it?