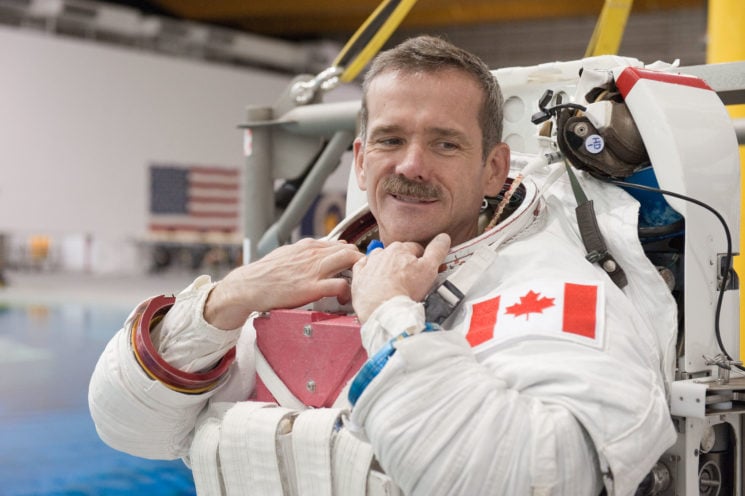 We’ve already seen that astronauts can be darn good photographers. They show us what our world looks from “out there,” but it’s not just about the photographic skill. They feel the responsibility and motivation to document it. In this great video from MotivationHub, Canadian astronaut Col. Chris Hadfield talks about his images from space. He shares his motivation behind them and some more life wisdom that we all should listen to.

Hadfield has been on three space flights, and the third one lasted for almost half a year. He has seen our beautiful planet from all angles, and he has taken around 45,000 photos of it. When he’d put the memory card in his pocket, he says that it would feel like he had a whole world in his pocket waiting for him to look at it.

If you follow him on social media, you know that Hadfield shares the photos he’s taken. He says that he enjoys it, and he finds it thrilling to see the reaction of people to those images. But there were times when he didn’t feel like taking photos. Sometimes, he would just feel overwhelmed with the view and wanted to enjoy it. However, this is when he would always think of his responsibility.

“I was there on behalf of another people”, he says. He felt responsibility to let other people see what’s beyond their room based on the things that he’s seen from above. So, he would always remember to take the shot. It’s because these photos show us the planet from the angle we won’t be able to see. But also, they enable him to look at those images later, when he’s not overwhelmed with emotions.

In the video, Hadfield shares more than just his motivation and inspiration behind the photos. He talks about human struggles and the importance of being. Personally, I think those messages are also important for us to remember, both as human beings and as photographers. So, make sure to watch the video, I believe you’ll enjoy it. Also, you can read Hadfield’s book An Astronaut’s Guide to Life on Earth.

[Chris Hadfield’s Life Advice Will Leave You SPEECHLESS – One of the Most Eye Opening Speeches via Reddit; image credits: NASA Johnson]