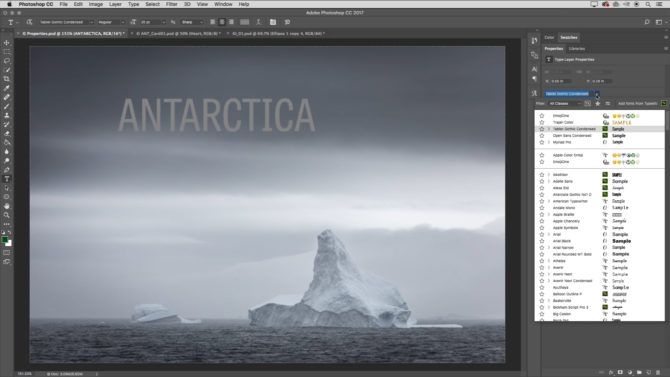 Adobe have today announced the release of Adobe Photoshop CC 2017. This update comes along with new versions of Premiere Pro, After Effects and other software in the Creative Cloud package. One of the key themes coming through in each of the new announcements is productivity. But there’s a whole host of other new features, too.

This goal of improving workflow efficiency is obvious in Photoshop with the addition of new document templates to help you get started more quickly. A search feature allows you to quickly find the tools you require from within Photoshop without having to hunt through menus. 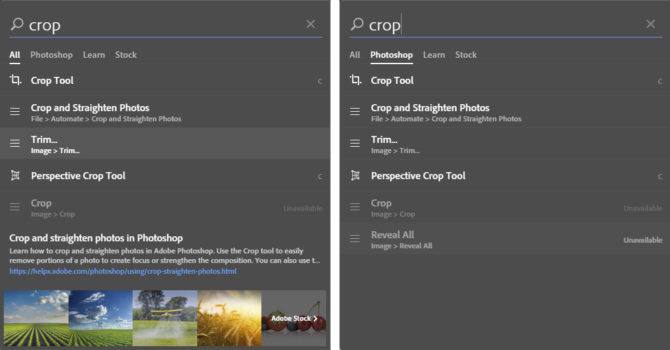 As well as allowing you to search through Photoshop itself, you can also sift through the educational information Adobe has available, as well as the Adobe Stock library. 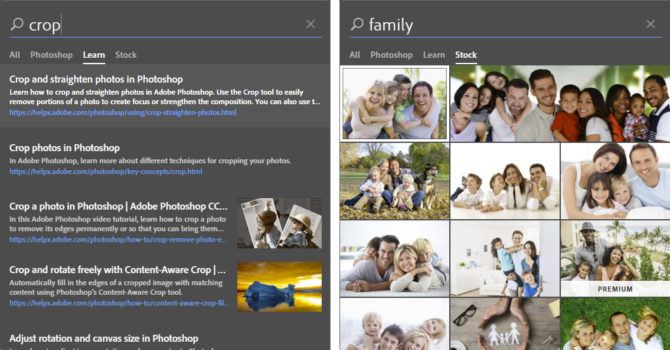 Interestingly, this feature doesn’t seem to have been integrated into Adobe After Effects CC 2017. However, with the recent release of the free FX Console plugin from VideoCopilot, I don’t think too many users will be disappointed.

Creating new documents gets a little faster with Adobe Stock templates and presets. And, yes, you’ll be able to create your own custom presets, too. 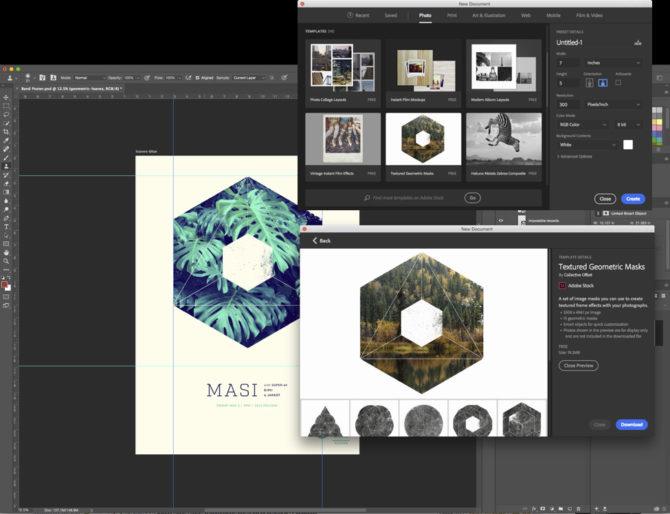 This will become very handy for those who have a hard time getting started while sitting there staring at a completely blank canvas. It’ll also help for those repetitive tasks, like creating Facebook cover images, or creating a consistent template for your social media posts.

The Adobe Stock marketplace now also includes a bunch of templates you can use, as well as 3D objects. There’s suppose for SVG colour fonts, an enhanced properties panel that adapts to the layer or document being used, and better performance.

Here’s a quick run through of some of the new features available in Photoshop CC 2017.

Adobe Camera Raw also sees an update. It’s a minor update, which provides support for a few new cameras and lenses. But, it does add support for pressure sensitive devices such as Wacom tablets and the Microsoft Surface Pro.

You can see a complete list of changes on the Adobe website, and CC users can update using the Creative Cloud desktop app.

Have you installed Photoshop CC 2017 yet? Did you run into any upgrade/plugin troubles? What new features are you most excited for? Was there anything you feel they haven’t addressed that they should have done? Let us know what you think in the comments.