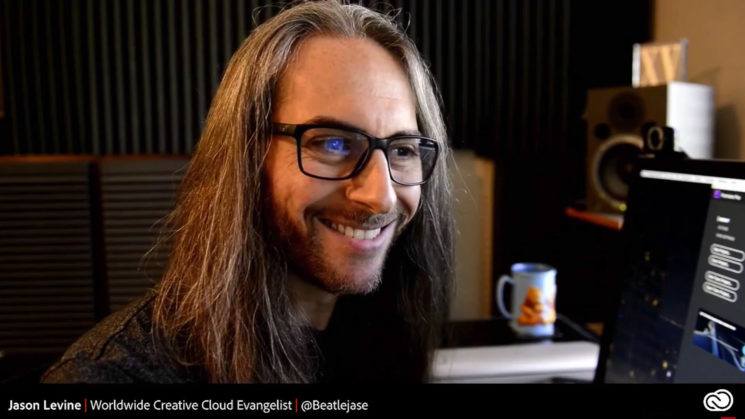 If you’re into creating video content, then you’re definitely going to want to set aside some time to watch this one. Probably a few evenings. Adobe Worldwide Evangelist, Jason Levine, has put together this amazing seven video course on how to make great videos.

Each video in the playlist is about an hour long, and takes you through the complete process. From setting up and importing your project to optimising it for social media and promotion. Whether you’re an absolute beginner or a more advanced user, you can almost certainly guarantee you’ll still pick up some new tricks.

Each video in the series was created live over YouTube during a six week period. It covers the essential steps to making great video content. The whole thing lasts seven hours, and more information than you could ever hope for. But here’s the basic outline.

Creating a good video begins with good workflow. That means setting up the software to work optimally with your computer. Setting up the project properly and organising your footage in a way that makes sense. Reconfiguring the Premiere user interface to make it easier to access the tools you most commonly use.

Jason also covers topics like transcoding footage (converting it from one format to another), handling vertical video, as well as proxies. Proxies allow you to substitute one file for another. For example, you want to make a 4K project, but your computer isn’t quite fast enough to work with 4K files. Proxies allow you to edit with lower resolution files that are easy to access, but render out using the original 4K footage.

While some of these issues can be corrected at the time of shooting, it’s not always possible. In this video, Jason covers stabilising and deblurring shaky footage, colour correction, and noise reduction.

After Effects plays a big part in this video. Some of the tools shown do also exist in Premiere Pro, but they’re a lot easier to work with or more advanced from within After Effects.

Every good movie needs titles and transitions, and this video goes through a whole lot of different techniques for creating them. This video covers both Premiere Pro and After Effects, opening up a near unlimited set of options.

Jason covers a lot of the fundamentals of getting great sound, which you can learn to prevent in the first place. But knowing that you can’t always prevent them, Jason goes over a number of techniques to improve the quality of your sound in Adobe Audition.

Here we delve into how Photoshop, After Effects and Premiere Pro all work together to produce animated 2D and 3D content. Jason shows just how powerful layered PSD files can be in Premiere Pro. He also creates native 3D extruded text without the use of 3rd party plugins.

We also get to take a look at Jason’s workflow for editing and publishing both regular and stereo 3D 360° VR video content.

This is actually a more in-depth subject than most people usually think. Different platforms have their own standards. They all want you upload in different formats, codecs, compression rates, resolutions, and all kinds of other things.

Jason also covers branding your social media content with overlays & watermarks, setting your audio levels for various platforms. He also shows us how to make our own render presets so we don’t have to manually enter all these settings every time.

This is kind of an extension to the previous video on sharing your work. But Jason goes into more detail about settings for specific platforms, and how to publish from Premiere’s Social Publishing Panel.

There’s so much stuff packed into these seven hours that my descriptions above don’t do it justice at all. Needless to say, if you want to create video content, you should watch it all. And if you’re a business that’s looking to finally start promoting with video, also give it a watch.

This series will teach you how to make great travel videos

To edit or not? How far should you take your post processing?