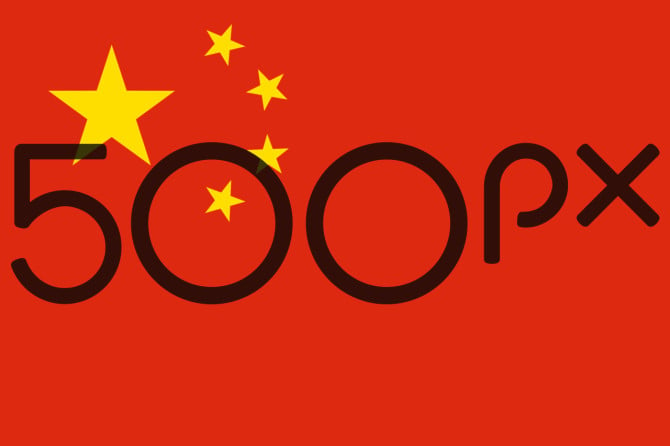 Photo sharing site 500px started a Chinese sister site and the service users were not happy. What started as a small snowball has evolved into a full avalanche, with many users taking their profiles off (or at least threatening to do so if action is not taken).

500px tried several steps to remedy this PR nightmare, with the last one being removing the Chinese beta altogether. But it took some time….

500px first issued a statement from their CEO explaining that the site was a beta and that the term governing it are the same (or at least very similar) to the ones governing 500px.

500px.me is a Chinese localized version of 500px.com, not a separate entity. Through it, current 500px.com users will gain access to a massive new audience, while people living in China will be able to join the 500px community, share their photos, and interact with yours.

The site experience will for the most part mirror the experience you have on 500px.com, with a few changes to optimize 500px for the desktop experience people are accustomed to in China. However, it’s important to note that 500px.me is currently still in beta, and we are working around the clock with our partners at VCG to ensure your work is being shared in the best possible context and quality. The full launch will happen later this year, at which point you will have the opportunity to opt out, and anything you do not share on 500px.com will not appear on 500px.me

The next step (which I find very brave) was admitting that 500px screwed up and trying to remedy the situation.

Adriana Manni who is a Community Engagement Manager at 500px posted an apology about the lack of communications and 500px created a form where you can ask to opt out.

Obviously, I was not part of 500px internal communications, but I think that such an admission can not originate at the media management levels and that 500px were wrong needs approval from very high ranks. Kudos for honesty, 500px! 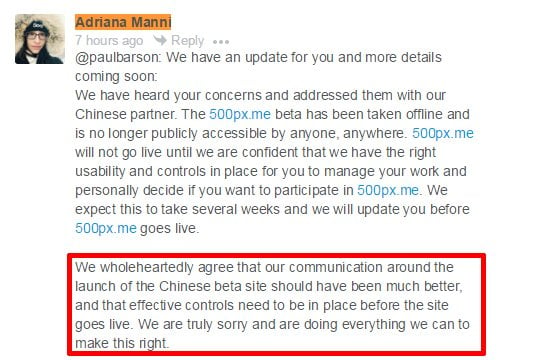 Here is the link to the form (now made unneeded) , and what it looks like. The form is not needed anymore as 500px closed the Chinese site. 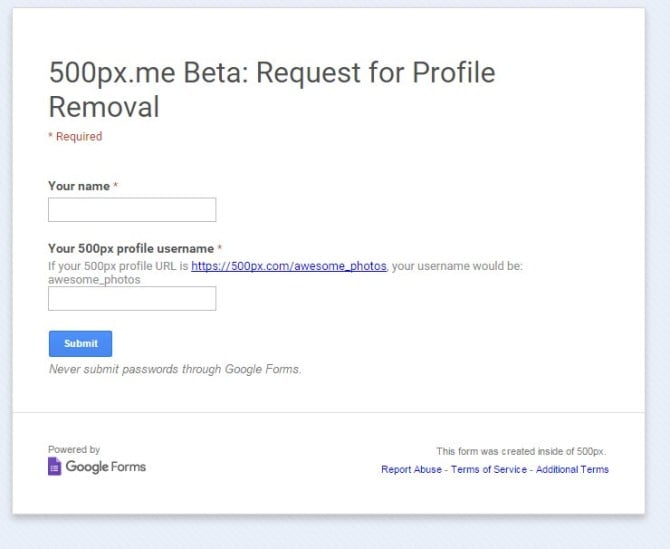 The last step, from just a few hours ago was closing shop on the Chinese site altogether: 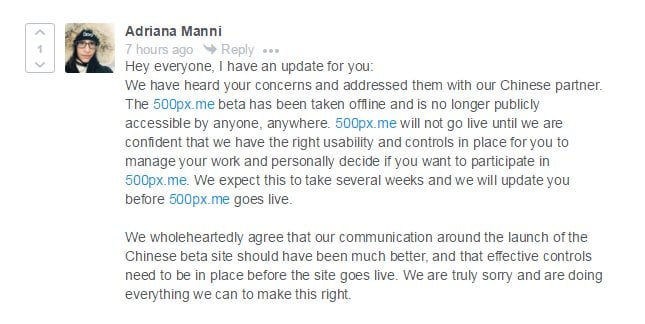 If you hit any of the http://500px.me/signoff/user-details links you are faced with the following Chinese message:

which google kindly helped me translate: “Site under maintenance upgrade …… for the inconvenience, please understand!”

With all that done and said I have two comments for the situation: