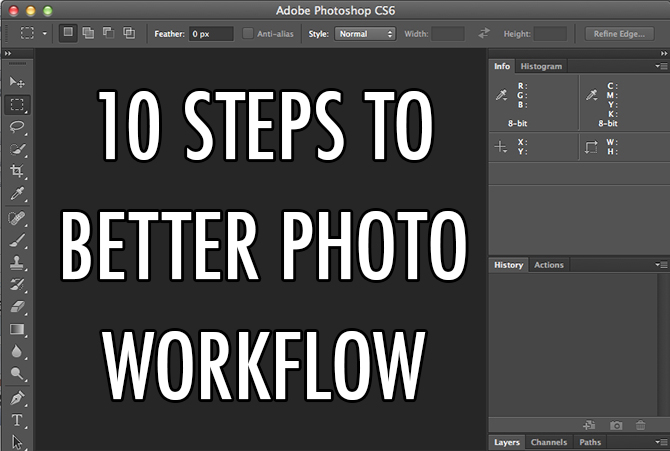 I don’t know about you, but I got into photography so I could spend my time taking photos. What I did not get into photography for was the post production, the marketing, the meetings, the consultations, the pitches, the proposals, and the networking. Or the countless hours away from my family. For that I could have kept practicing law and left photography on the shelf as a hobby. The things we do in life always look different to those on the outside looking in. Just like my non-lawyer friends were convinced that all of my courtroom appearances were worthy of a “Law & Order” script, I find that many of the non-photographers in my life have a totally warped view of what those of us who make a living with our cameras do every day. Realistically speaking, I’d have to say that maybe only ten percent of my life as a photographer is about shooting. The other ninety percent is the stuff that makes me wish I could afford a full-time assistant. For me, it comes down to the best use of my time. Does “insert activity here” take time away from shooting and/or family? If so, what I can I do to switch that around?

Post production is– by far– the absolute biggest time-suck there is in my life as a photographer. It’s like disappearing into a black hole or something. Why? Because I’m my own worst critic/enemy. When was the last time you opened a photo in Lightroom or Photoshop and just…left…it…alone? No tweaking the contrast. No bumping the levels. No healing brush or clone stamp. Just happy with the result. Chances are, your answer is the same as mine– almost never. We tweak. We adjust. We start. We stop. We scrap it and start over. That’s fine when your images need it, but what about when you rocked it in the camera and it doesn’t actually need any of that?

1. SET TIME LIMITS ON EDITING AND POST PRODUCTION. Every photographer knows that editing an entire shoot can be a daunting task, especially when you’ve shot a wedding or some other day-long assignment that’s yielded over 1,000 frames. I’ve actually been able to save time by giving myself time limits, the length of which varies, depending on the type of shoot. I’ve found that by forcing myself to handle this task in increments of no more than two hours at a time, for instance, (1) I don’t lose myself in any one image for too long, and (2) I’m able to look at what’s left with clear eyes and a fresh attitude when I come back to tackle the next two-hour block.

2. SPEAKING OF TIME LIMITS…  Except under some very rare circumstances, I’ve found that any image requiring more than just a few minutes of post, probably shouldn’t be going to the client in the first place. I know that a lot of photographers disagree with me on this one and I respect that. This kind of goes back to me being my own harshest critic. There’s a part of me that is always thinking that if I need to spend more than five minutes “fixing” something in Photoshop, then I must have failed while shooting it in the first place. Again, this is my own photographic neurosis, but I find that giving myself a time limit– not just on editing the entire shoot, but on individual images as well– actually helps maintain the quality standards that I set for myself. While we’re on the subject of “fixing” images in Photoshop, please take my friend Zack Arias’ rule to heart– “If you’re ever saying in your head, ‘Oh, I’ll fix that later in Photoshop,’ stop what you’re doing and slap yourself as hard as you can.”

3. LEARN TO THINK LIKE A PHOTO EDITOR. Learning to think like a photo editor was the first and best step towards freeing up so much of my time in front of the computer. Knowing how to assess 100 frames, for example, and cull them down– not to the best, but the absolute best of the best– isn’t always easy, but you’d be amazed at just how more productive you can be once you are able to take a step back and look at your photos more objectively. Showing the client 14 almost identical versions of the same portrait or product is going to (1) make the client’s decision on final choices that much more difficult, and (2) make them think that you needed at least 14 attempts to get it right. Not exactly the stuff of which confidence is made. Learning how to show the best of the best cuts down on the number of images you need to edit and thereby cuts down on the amount of time you need to spend doing it.

4. DELETE AS YOU GO?  I confess to going back and forth on this one. My usual mantra on the subject is, “Never delete from the camera– only from the computer.” I vividly remember the day early in my career when I was spinning dials and pushing buttons on the back of my camera so fast that I deleted everything on the card. I was lucky that a recovery program brought everything back to life, but it could have easily gone the other way. As I’ve gotten older, wiser, and more careful with my camera controls, I do sometimes clear off bad images when I have time for a break. Fewer images on the cards means fewer images to edit.

5. LEARN LIGHTROOM.  I will confess to being a Lightroom hold-out for a long time. I’d gotten so good– and so fast– at editing my images in Photoshop, that learning to process in Lightroom was incredibly frustrating. I abandoned Lightroom several times, feeling that the learning curve was taking way too much time and making my job take even longer. Fully embracing Lightroom was a time commitment at first, but the time spent learning it eventually paid off in the form of shorter post production times.

How do you spend your time?

Gone are the days of paper files, contact sheets, and shoe boxes full of negatives. Today, we need systems that will allow us to not only organize and store our images, but do so in such a way that we can actually find what we’re looking for when when the client calls two years from now, wanting to license another image from the shoot, or when you’re looking for a particular image that’s always been one of your favorites.

1. COME UP WITH A SYSTEM AND STICK WITH IT.  When I got my first digital point & shoot in 2001, I stumbled across a program called ACDSee. I had been using ACDSee for so long by the time Lightroom came along, that re-cataloging my entire digital image collection seemed so daunting a task that I felt it wasn’t even an option. As a result, I still use ACDsee for dowloading and organizing my images first, and then importing the “keepers” into Lightroom for processing. Either way, and whatever your system, finding a way to organize your hundreds or thousands of digital files is a key step to a smooth workflow.

2. DON’T ORGANIZE BY DATE.  I know that a lot of you do, and bravo if it works for you. For me, though, I’m much more likely to remember “Cookbook 004,” “Smith Wedding,” or “Grand Canyon 2014” than I am to remember what I shot on October 24th two years ago. Coming up with a strong file structure that is not based on dates will work wonders for your organization. I found the article “7 Steps to Getting Organized in Lightroom” to be a a really great resource for this.

3. USE KEYWORDS. This is another one of those things for which I was late to the party. For a long time, I had no problem recalling images. I had a great system in place for cataloging my photos, and hardly ever had a problem going back to find older images. At some point, though, I realized that the catalog had grown in size to the point that I was starting to have trouble finding images when I needed them. Over the past couple of years, I’ve found that taking an extra couple of minutes at the end of the post production process to assign keywords saves me a lot of time later on when I need to find specific photos.

4. EDIT EARLIER, RATHER THEN LATER. Even if all I do is get rid of the garbage, going through all of the images the same day they are shot helps keep me organized– especially during busy weeks where we may have several back-to-back shoots.

5. RENUMBER EDITED IMAGES.  This is one of my final steps (right before keywording) before sending images off to the client. I do this for two reasons. First, I want to make sure that the client and I are both working off the same set of file numbers. Second, I want to make sure there are no gaps in the file numbers that go to the client. I learned this lesson the hard way a few years ago, when the client sent an email demanding to see everything. They thought I must have been hiding images from them, simply because there were gaps in the file numbers.

Workflow is a personal thing and every photographer I know handles it differently. That being the case, there are still a lot of things we can do to streamline our processes and get us out from behind our computer screens. While this article addressed some of my suggestions for post production and image organization workflow, it’s important to remember that establishing a regular and consistent time management and client workflow are two more steps you can take to reducing some of the stress and making all of those non-photography-related chores go a bit more smoothly.

What about you? Do you have any suggestions or tips for improving workflow?  Share them in the comments.

Pie Chart Credit: I stumbled across the pie chart comparison a year or two ago. Unfortunately, there was nothing at the time to indicate who created the graphic. If you know who did, please put them in touch with me so I can give proper credit where credit is due.

Pie Chart Credit Update: One reader provided us with a link to a 2009 article entitled “What Do Wedding Photographers Really Do?” It might actually be the first appearance of the graphic, although it’s been borrowed heavily since.

The steps I took to create the circus doll photo

The five steps set-up for a perfect TTL Strobe photo