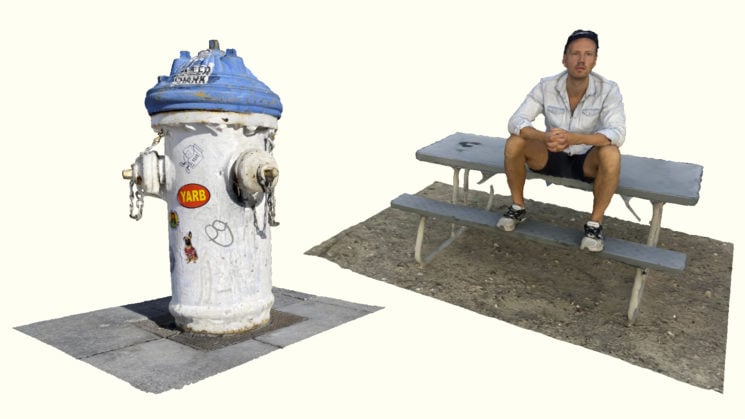 As more people have gotten into 3D printing, not to mention combining 3D objects with photographs, 3D scanning has become a big thing. Especially, apparently, when it comes to smartphones. With many smartphones featuring Time of Flight depth sensors these days, though, that’s not much of a surprise. Not all phones feature one, though, which has made things a little tricky.

Now, though, it looks like the folks at Polycam have figured out a solution that just uses the regular normal flat 2D camera of the iPhone to create 3D objects that you can bring right into your CG scenes. Unfortunately, yes, you read that right. iPhone. No word on Android yet – although there are rumours.

Up until now, Polycam, like most other 3D scanning apps, required a phone with LIDAR sensors – the Time of Flight depth-sensing tech found in many new phones. With the iPhone, though, that means the iPhone 12 Pro or higher. The new feature in Polycam seems to play on an old friend, though. Photogrammetry.

Photogrammetry’s a pretty common technique, even amongst the high end, but it’s a laborious process and uses a lot of computing power. Photogrammetry apps for smartphones have been pretty basic and limited so far, letting you only process a handful of images to produce a model that isn’t really that great. Polycam’s solution, though, is to send the images up to the cloud and offload the hard work from your device.

Once processed, you can share links to your objects and export your meshes to various formats for blending in with your photography in Photoshop, footage in After Effects, or clean them up in Meshlab and Blender for 3D printing.

This tech isn’t free, though. Well, you can download the basic app for free, but to be able to export meshes, you’ll need the Pro version, which is $7.99/mo, or $39 annually if you pay for a year upfront. You can find out more about Polycam and find links to the App Store on the Polycam website.

For now, for as little as I need to 3D scan with photogrammetry, I think I’ll stick to using my DSLR and processing on the desktop. But if you want to start scanning the world with your phone and incorporate those scans into your work, $39/yr is a bit of a bargain – even for somebody who hates the whole “software as a service” subscription model.

Maybe I’ll take a proper look at it if that Android version ever gets released.

Have you used Polycam’s new Photo Mode yet? How well is it working for you?

How to make a LIDAR driven motorized film carrier

« 13 Gimbal tricks to up your gimbal game
What is the resolution of the human eye? Well, it’s complicated »