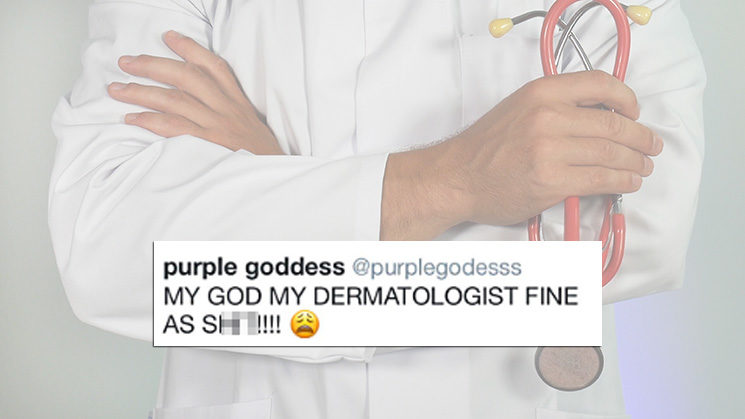 After she recently posted a photo of her doctor on Twitter, a woman received sharp criticism from the community. Twitter user @purplegodesss secretly took a photo of her dermatologist and posted it to the social network without his consent. To make things worse, she “sexualized” him, calling him “fine as s**t,” in a Tweet that quickly went viral.

After @purplegodesss posted the photo, many other women were quick to agree with her in a series of witty or plain creepy comments. The tweet was seen thousands of times, with over 900,000 reactions to it. But she got even further and shared his business card with his name, location and contact info. 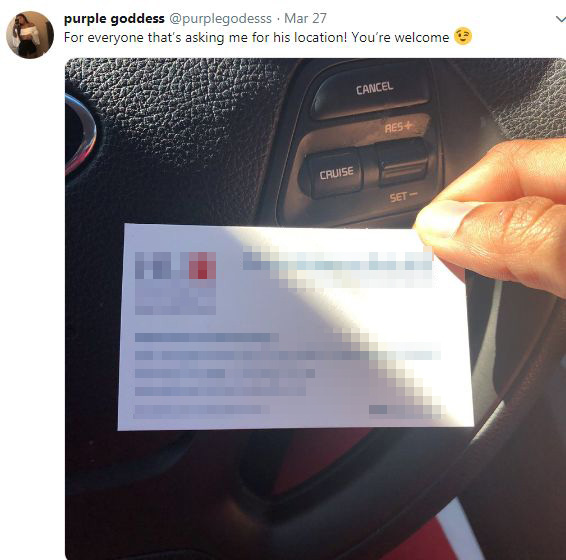 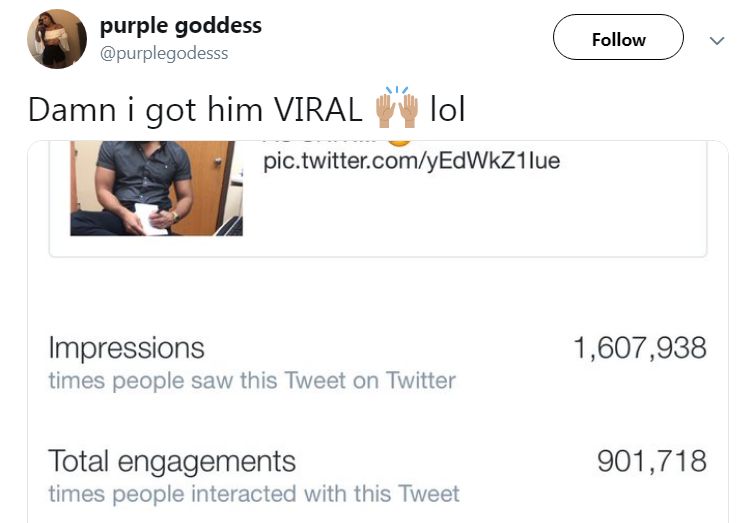 Other than comments from women sharing @purplegodesss’ opinion and taste in men, there were people who viewed this from a different perspective. They called her out for sexual harassment and one comments especially gained attention, getting pretty popular on Reddit.

“This man was [only doing] his job and had his photo taken without his consent to be sexualized by the owner of this account alongside other women in the replies. The toxic trait y’all openly display is beyond bigotry and purely distasteful and disturbing to say the least.”

I believe this definitely is one way to observe things. First of all, the doctor had his photo taken without consent and posted online just because he was handsome. Due to the popularity of the photo, he may be under a greater risk of getting stalked. And being stalked is creepy as hell, trust me.

On the other hand, some consider that all this fuss and popularity can be good for the doctor’s business. Although I personally wouldn’t choose a doctor based on his physical appearance, but that’s just me.

In an interview with Bored Panda, the doctor said that his first reaction “was just pure anxiety,” because he’s a very low-key person privately. However, after the initial shock, he just embraced the situation and thought of it as being funny. The comments on Reddit point out to the double standards of the society and the #MeToo movement. Some of them note that, if a man posted such photo of a woman, it would cause a much bigger uproar and maybe even got him jail time.

However, despite the community’s accusations of sexual harassment, the doctor says that he never felt like a victim. He explained it in a very clever way, and I tend to agree with him:

I’ve heard about many cases of women being sexualized. As a woman, I’ve been through it myself. We rarely hear of the situations where men are put in the position of a victim, but it doesn’t mean that this doesn’t happen. I think that it’s about how a person feels when they are sexualized: many men enjoy it, while it makes many women feel helpless.

Still, whether you’re a man or a woman, I don’t think we should treat anyone this way. It’s one thing to notice that someone is attractive. I mean, you can just keep it to yourself or tell your best friend in private. But it’s a whole other thing to take and publish someone’s photo without their consent and share their private or business information in such context. In this case, even if it helps the doctor’s business, this is a completely wrong reason for future patients to contact him.

What do you think? Should this be treated as sexual harassment? Or is it good for the doctor’s business? Or the truth is “somewhere in between.” Share your thoughts in the comments.

[NOTE: the original tweet by @purplegodesss has been deleted]