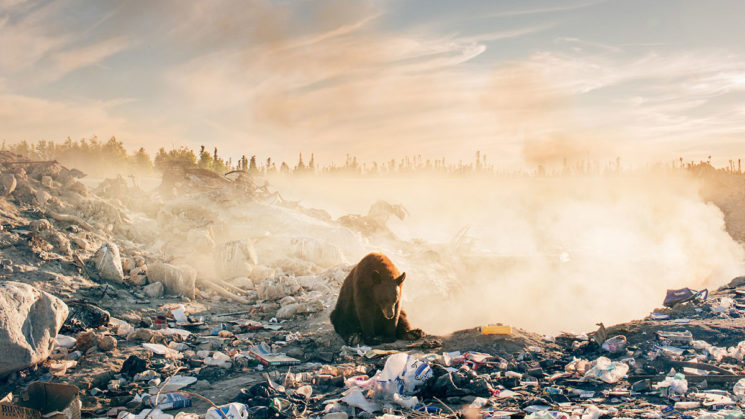 When we go out to shoot, whether it’s for ourselves or on assignment, we’re often surprised. Usually, it’s in a good way. Sometimes, though, not so much. This photograph is what photographer Troy Moth describes as the most heartbreaking image he’s ever made.

Troy tells DIYP that while on assignment in Northern Ontario, an assignment completely unrelated to bears, he was being taken on a tour of the local area. A friend suggested that there might be some bears at the landfill, so off they went to have a look. He didn’t think much of it along the way there, however, he was not prepared for what he saw. 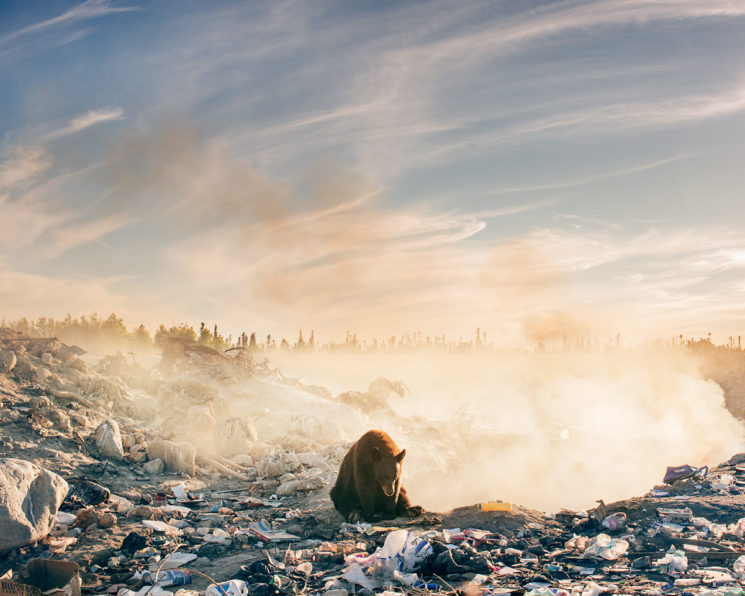 When I arrived at the landfill the smokey pit was on fire with flames coming up taller than the bear.

I was speechless, in complete shock of what I was seeing. When I finished making the photograph, the bear turned slowly and walked down into the smokey pit, disappearing from my sight. He never came back up during the rest of my time there.

It does indeed appear to be a very sad scene. The bear possibly doesn’t feel quite as badly about the situation as we do, though, looking on as an observer.

Bears can be expert scavengers, which is why they’re often encountered at camp sites. They are even considered pests in some areas of the world. The local landfill might actually help them to survive through times when more natural food resources are scarce. But, I still can’t help but let this picture get to me just a little bit.

Troy, too, still isn’t entirely sure how he’s supposed to feel about the scene portrayed in the image.

It took me a very long time to process this photograph after, and I’m still not sure how I feel about. All I know is that it’s the only photograph I’ve ever made that has made me tear up on multiple occasions. And I’m sure still has more to teach me.

Troy also told us that he saw 7 bears in total that day. While photographing this one, two others were very close, only 10ft away to his right. It took him almost a month to decide to finally post it online.

Photographer Shares the Heartbreaking Horrors of Leprosy in Iran