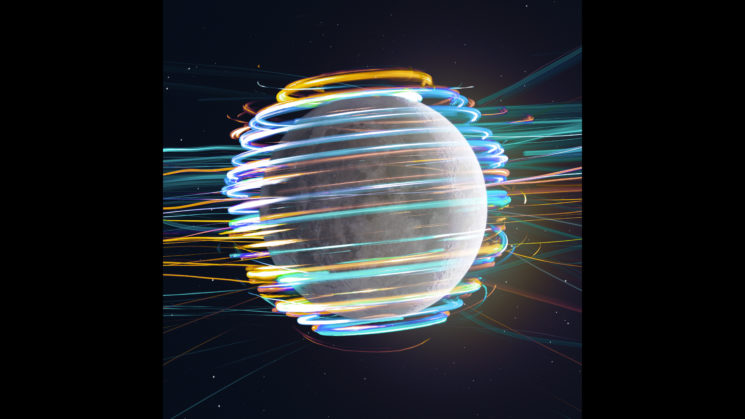 We featured Andrew McCarthy and his stunning photos on DIYP before. And the moment I discovered his work, I became a fan. Andrew’s photos enrich make my Instagram feed, and this one just stopped me in my tracks. Andrew combined astrophotography and light painting and created a unique artwork I immediately wanted to know more about. He kindly shared the image with DIYP, along with some information on how he created it.

As you can probably imagine, the image is a composite, consisting of a moon photo and a light painting photo. The Moon photo is HDR and Andrew made it the same way that he approaches all of his high-resolution Moon images. He used an EdgeHD 800 telescope and an ASI178mm astronomy camera.

After shooting and processing the Moon photo, he captured the light painting part. For this image, he used a Canon 6D with a Sigma Art 50mm lens. “To get the look right, I 3D printed a device to attach to my equatorial mount,” Andrew tells DIYP. It allowed him to spin some led lights in a perfect sphere. “I did this several times with different lighting configurations to try and get the look I was going for,” he explains. Once he was pleased with the light painting image, he processed it and blended it with the Moon photo to create the final piece.

This image is very creative and attention-grabbing. But it’s also a thought-provoking piece of work. Andrew says that it reminds him of the opening sequence of The Expanse. “It makes me think of the future of humanity. Do you think we’ll live to see the moon become colonized, to the point where the sky traffic looks like this?” Andrew wonders. What do you think?

If you’d like to get a print of this image, you can do it here. Also, follow Andrew on Instagram for more of his stunning work, and support him on Patreon. 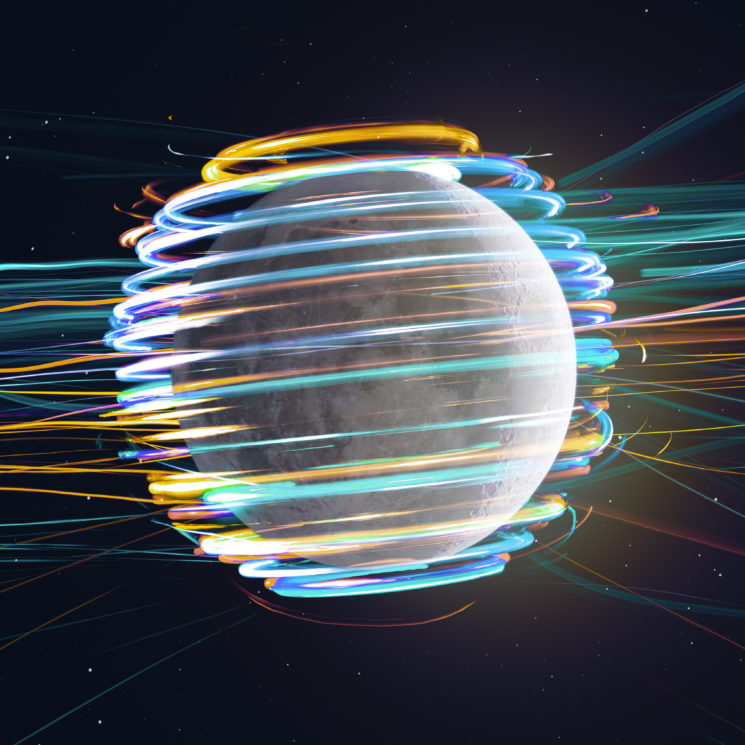