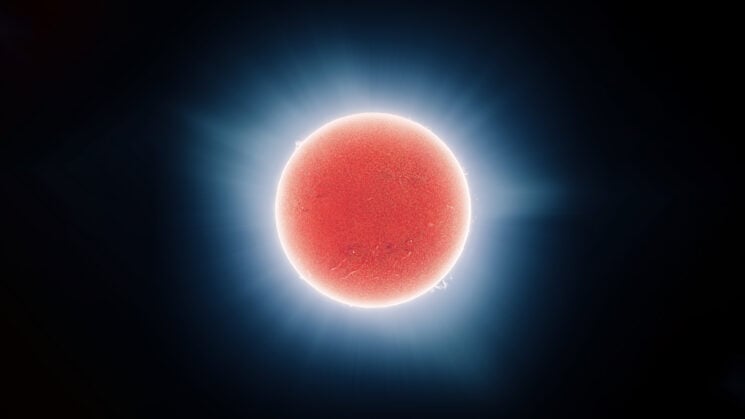 Astrophotographer Andrew McCarthy is one of those people whose each and every photo always makes me go “wow!” After buying his first telescope only five years ago, he rapidly grew to become a master astrophotographer, getting better and better with every new image.

But even while he was still fairly new to astrophotography, Andrew captured a photo that will knock your socks off. He recently shared one of his very first astrophotos showing two of the Sun’s atmospheres, including the “corona” – the one we normally only see during an eclipse. Blending it with his later photo, he created a piece of art that’s a wonderful homage to the first five years of his astrophotography journey.

Andrew took this photo in August 2017, the year when he bought his first telescope. The gigantic 145-megapixel image was his gateway to astrophotography and he says that it’s the one that got him hooked on this hobby. He used a special modified telescope and he had to wait until the moon was blocking the sun’s light. “That’s right, it was captured during a total solar eclipse,” Andrew reveals. “That shot was blended with the image of the chromosphere I captured on Tuesday to give you a more completely look at our sun.”

“The ‘glow’ around the sun is actually the Corona, an atmospheric layer that is only visible during eclipses,” Andrew explains. It’s normally too faint to see due to the sun’s overwhelming power. Paired with the photo of the Sun Andrew took more recently, you can see how the Sun’s atmospheres are relative to each other. “The corona has ‘spikes’ which roughly correspond to chromosphere activity,” Andrew explains, “which are the prominences you see on the edge of the solar limb.” 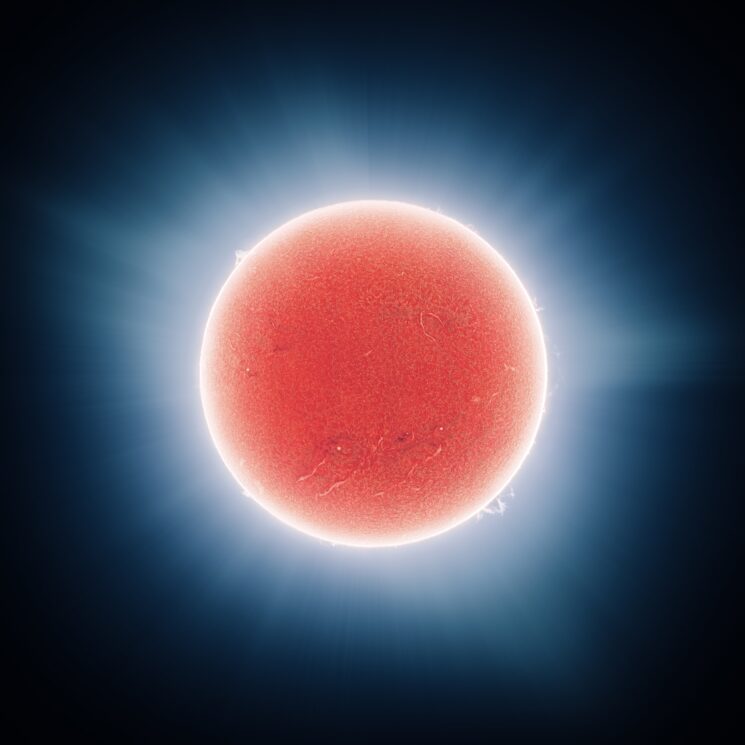