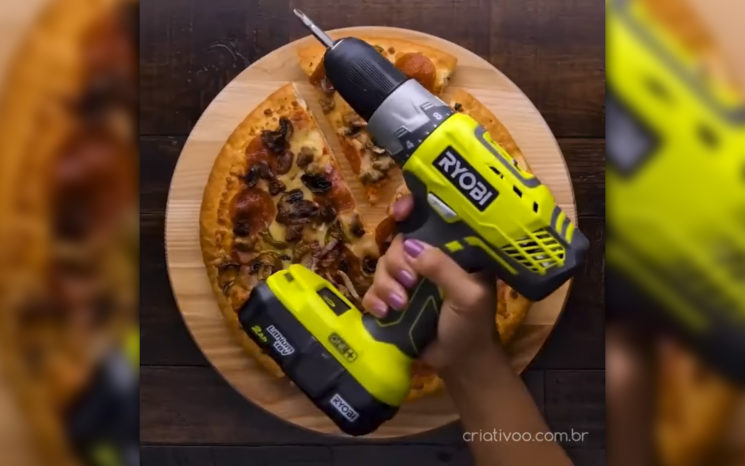 It’s not much of a secret that a lot of commercials including food and drinks aren’t really showing you what you think they’re showing you. But this video shows off quite a few “food” photography tricks that I hadn’t seen before. Screwing a pizza down to a wooden board? Who does that?

Anyway, while you do have to be careful using some of these tricks if you’re actually selling the product you’re claiming to show – you don’t want to get into legal trouble with advertising standards authorities – this video does present some very neat tricks indeed.

The video was posted to the Facebook page of Brazillian company, Criativoo Design Studio and has received mixed comments. Some love the ingenuity of it, while others are calling it out for promoting deceptive advertising practices.

As I said, some of these tricks might land you in hot water, depending on where you live, if you’re actually trying to promote some of these fake items as the genuine article for sale. A turkey covered in shoe polish to appear cooked isn’t exactly representative. And putting seltzer tablets in wine to make it look more bubbly and fizzy than the wine you’re actually selling is definitely a bit dodgy.

But if you’re promoting some other product and just need some food and drink props that look real-ish, then they’re probably fair game. And for movies, films or photographs as set props in a narrative? Like having to shoot the same scene in a fake ice cream shop 20 times? Sure. Why not?

Many do use these tricks in advertising, though, without getting caught, and it’s why we’re so often disappointed when we buy the product and it’s nothing like we saw in the ad.

Have you tried any of these tricks? Will you now that you’ve seen them?