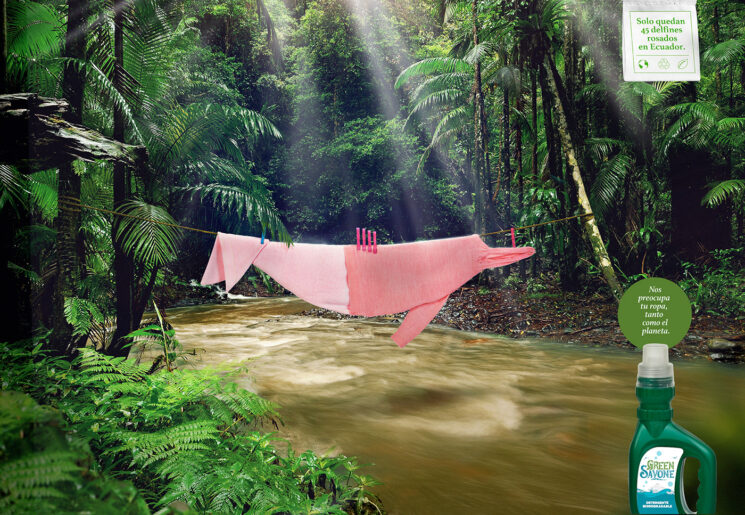 In her latest project, Helga created endangered animals out of clothes, but that’s only a part of it.  Working remotely with other creatives, Helga’s creations “traveled” from London to Ecuador and became a part of a conservation campaign.

Helga is a Russian-born visual artist currently based in London, UK. After I first wrote about her work, I started following her on Instagram and that’s how I saw the latest campaign she was a part of. Helga’s work ranges from photography and illustration to video and stop motion animation – often joining different techniques together. And for this latest project, she joined her imagination with that of other artists to create something pretty awesome.

I chatted a bit with Helga and Israel Barahona, who is the Creative Director of the project. Israel and the Art Director José Aguilar found Helga’s art and it inspired them for the campaign. They wanted to share a powerful and important conservation message using three endangered species made from clothing items. The thing is: these clothes are washed with many detergents that pollute the water. This further destroys habitats, food, and the water sources from which these animals drink.

The team decided to recreate an Andean bear, a blue-footed booby, and an Amazon pink dolphin. All of these animals are in grave danger of extinction, especially the pink dolphin. Israel told us more about each of them and why it’s important to stop polluting the water in Ecuador.

“The spectacled bear or Andean bear (Tremarctos ornatus) is considered in the country as a protected species, in the Ecuadorian territory an estimate of just 2000 specimens is made, the pollution of the rivers is one of the main causes of its disappearance.

The blue-footed booby (Sula nebouxii) is a unique species in the Galapagos Islands, there are only 6400 left, and the cause of its low population is that they have stopped reproducing due to lack of food, the sardines have left due to contamination of the waters on the islands and their water sources are also compromised.

Finally, we have the species in the most critical situation, the Amazon pink dolphin (Inia geoffrensis), of which only 45 specimens are registered within the Ecuadorian territory, they have been declared on red alert, the contamination of their habitat is the main cause of death or migration, they have stopped inhabiting the rivers of Ecuador.”

Israel and José wanted to turn the idea into reality as soon as possible. They presented the project to Hogar Verde, a brand of biodegradable detergents. They fell in love with the idea, so the creative duo reached out to Helga in February this year. As you can probably conclude, she was very much into it as well. In fact, she immediately started working on the sketches and created the concept for these three animals. “This gave us a very clear idea of ​​the garments and how we could create animal shapes with clothes,” Israel tells DIYP. 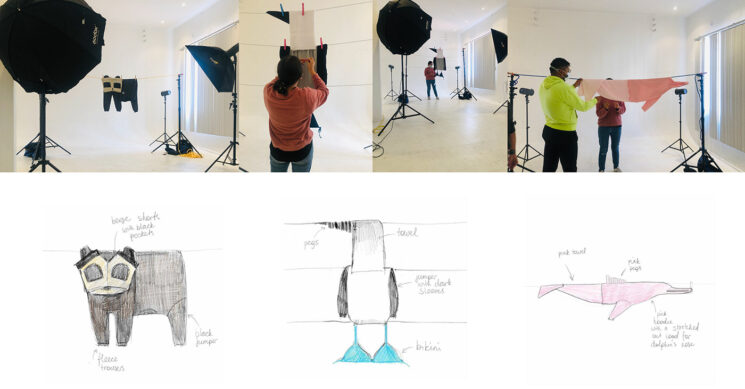 The idea was for Helga to travel to Ecuador and take photos at the Galápagos Islands. However, it turned out that the country was on the COVID-19 red list so neither she nor the rest of the team could travel there. But hey, if there’s anything we learned over these two years is that we can do plenty of stuff remotely. So, the creative team decided to photograph “the animals” in a studio and add them to the existing photos of different locations in Ecuador and the Galápagos Islands.

The photographer Pablo Ortega joined the team and got the clothing items for the shoot. Helga says that he went through dozens of hoodies and towels before finding the perfect ones for the shoot. “And yes, he was sending us images from different shopping malls,” she adds. “I bet shop assistants were delighted.” No one could find bright shorts with black pockets, so the team ended up finding a seamstress who customized a beige pair. 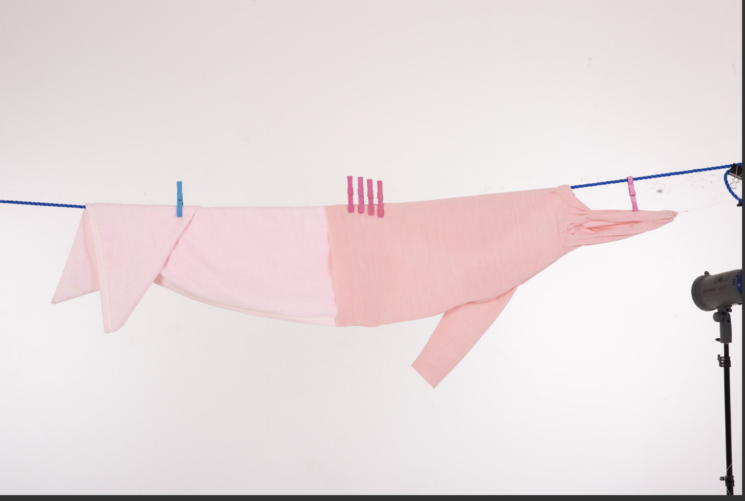 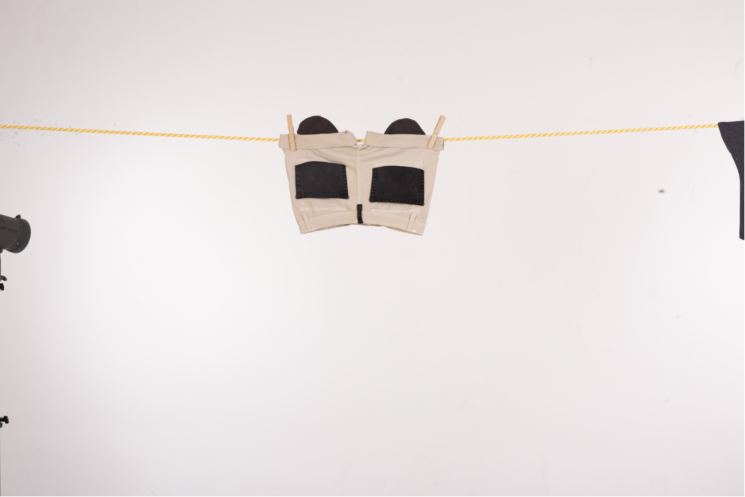 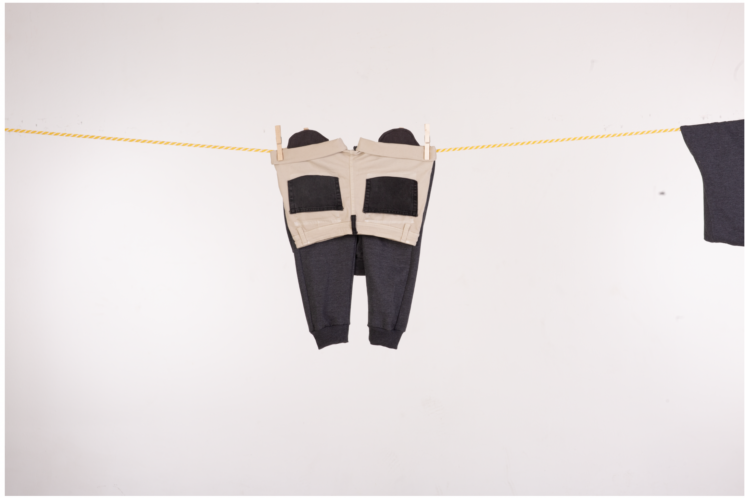 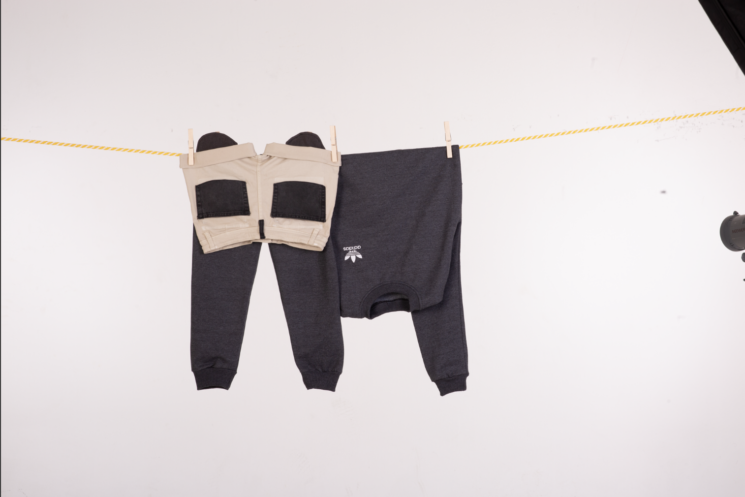 When everything was ready, the team created the “garment animals” in the studio and Pablo took the photos. Helga was giving instructions and directing the shoot from the comfort of her chair in the UK, and Pablo took the photos across the Atlantic. José did the retouching, adding the animals into the photos from their respective habitats. As for the graphic design of the final posters, Carlos Sánchez, Santiago Loján, and Daniel Orcé were in charge of this part. 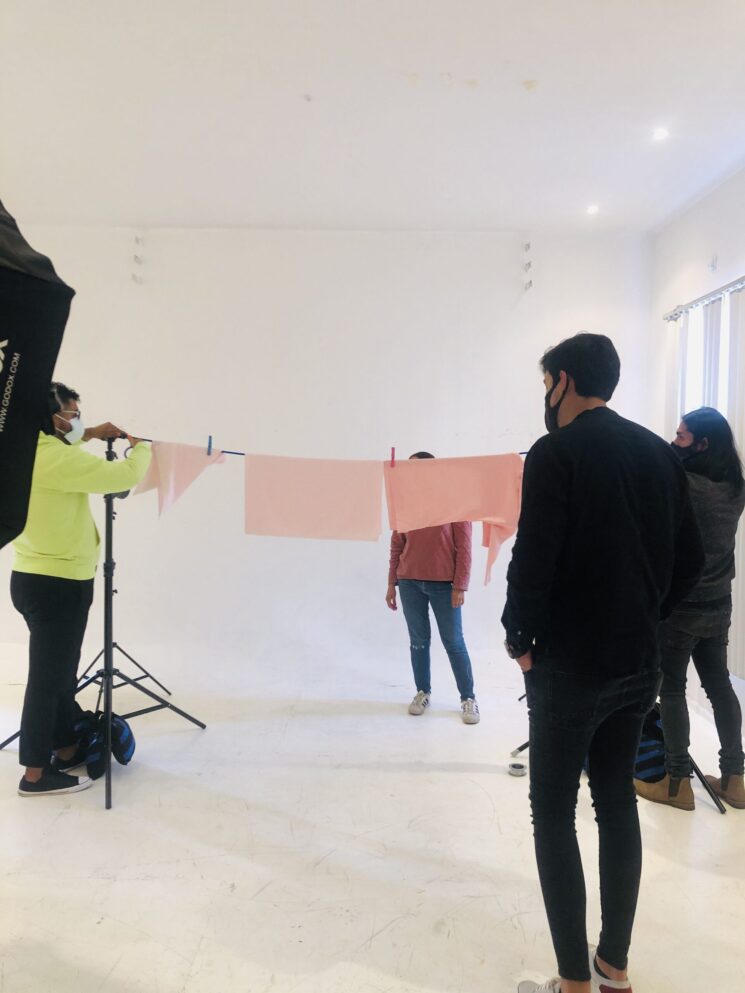 Several creative minds from different parts of the world got together to complete this project. And as Israel tells us, they were all very satisfied with it. “This campaign, in addition to being in digital media, will be part of a launch in large formats on public roads,” he adds. “And we hope to give them a big surprise later because this campaign has an even bigger second stage.”

Take a look at the final images and more BTS shots below, and check out and appreciate the project on Behance. 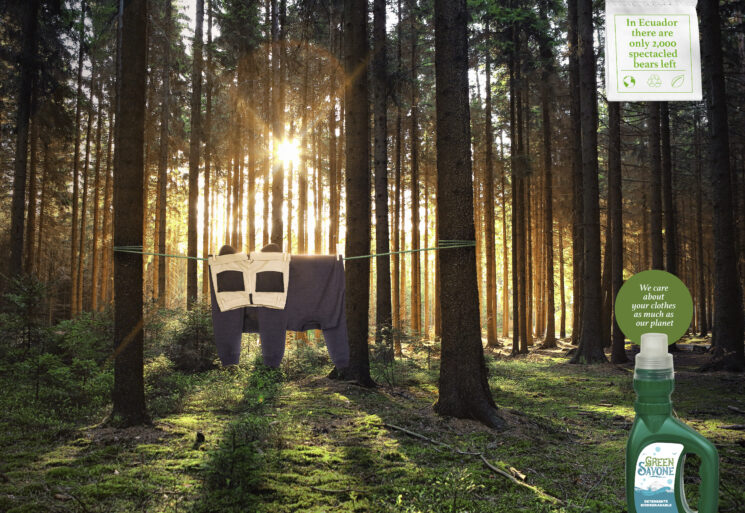 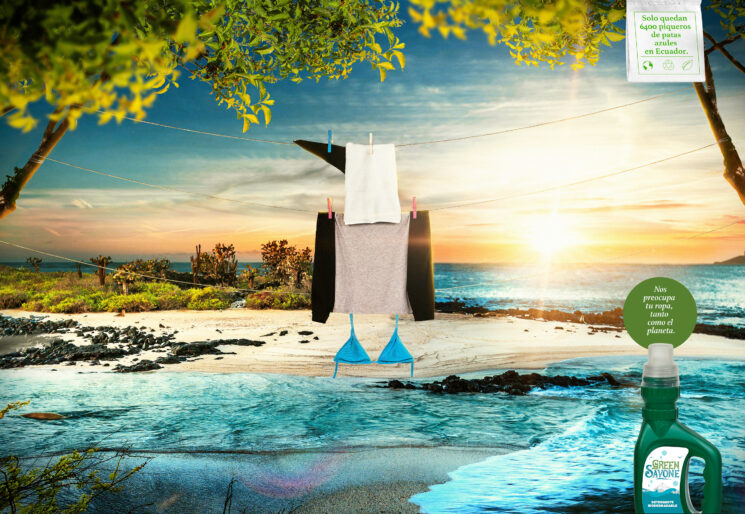 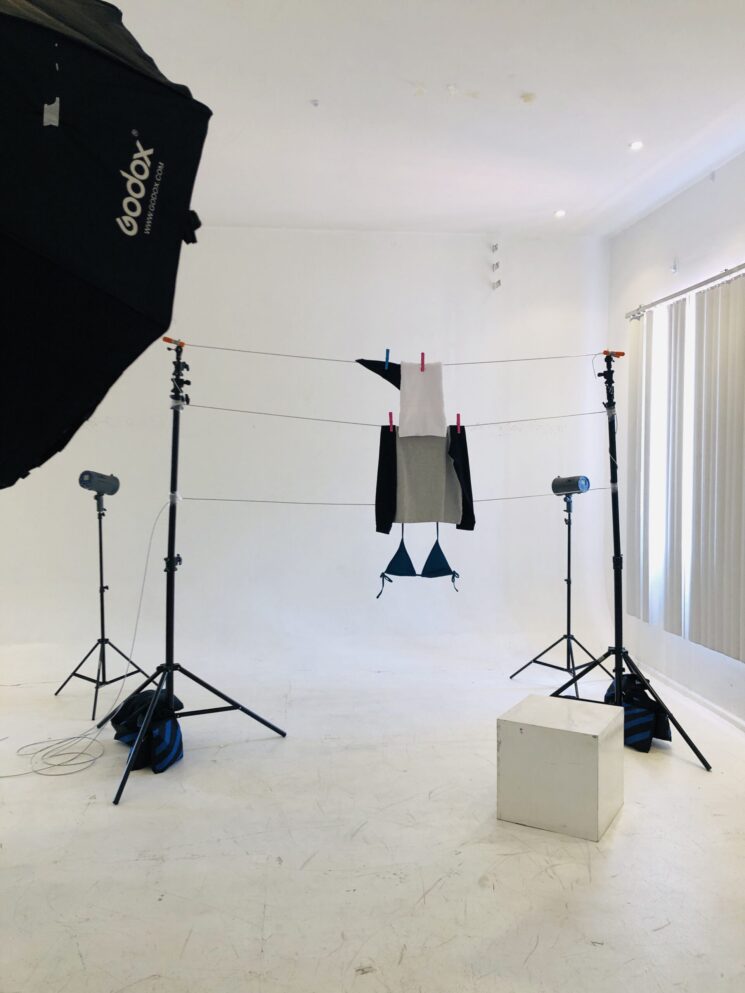 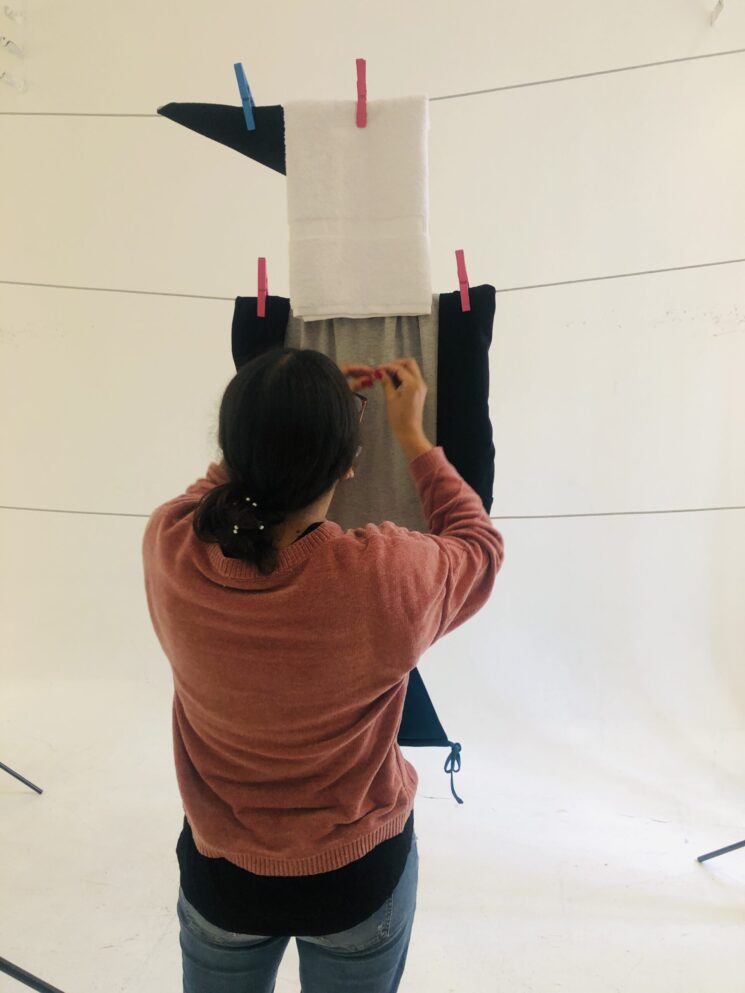 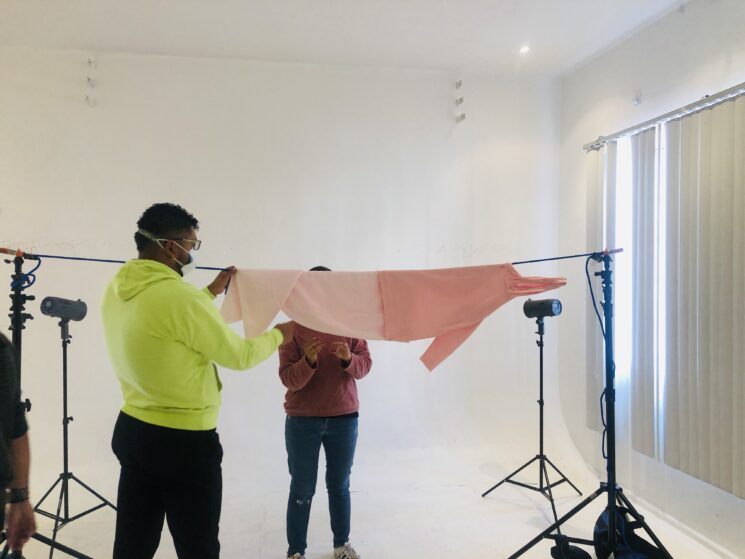 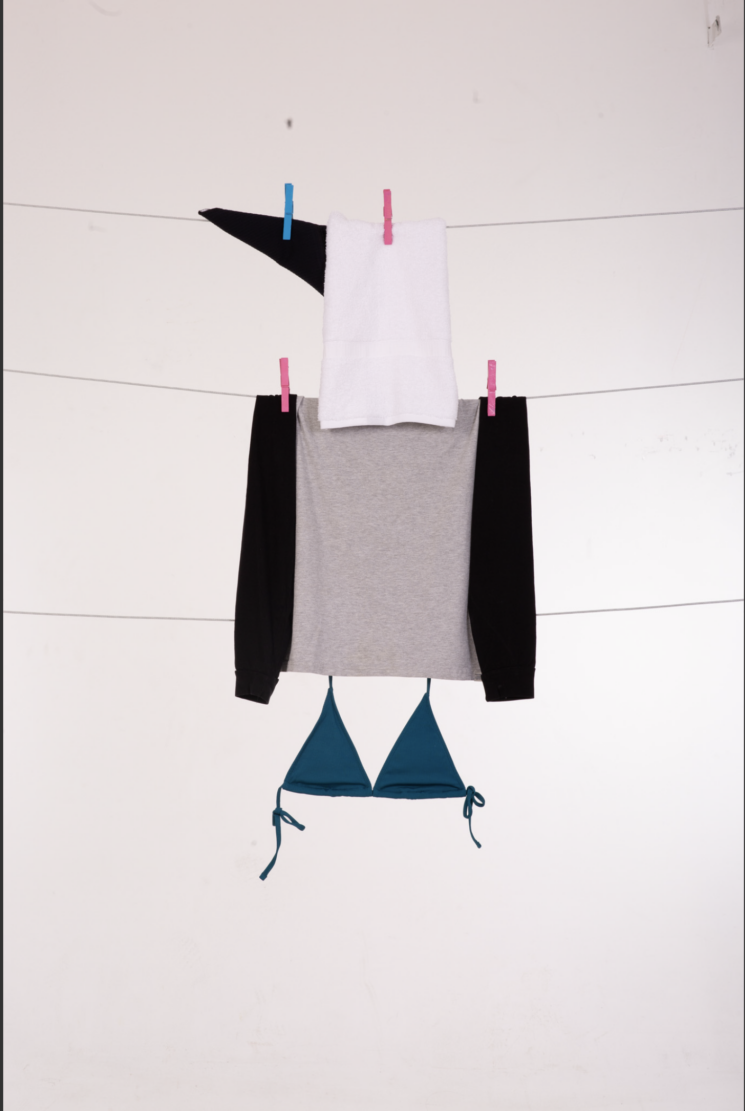 Creative photo series highlights the problem of plastic in our environment

« Stop making art for other artists – you’re ruining your work
Where did iPhone’s Live Photos go? »