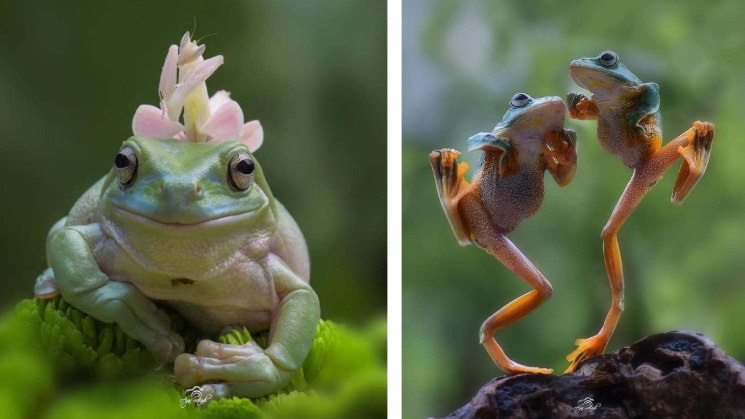 If you don’t think frogs are absolutely adorable, well – I’ve got something that will change your mind. Indonesian photographer Ajar Setiadi photographs these little creatures at their best. His photos show the “secret life of frogs,” revealing their sides we definitely don’t see every day.

Ajar mainly photographs animals and reptiles that live in his hometown Bogor, Indonesia. But oftentimes, his most photogenic subjects live as near as his own garden. This reminds me how much beauty we’re surrounded with, we just have to look around and pay attention.

Speaking with My Modern Met, Ajar said that he has frogs as his pets. “Sometimes I play with them in my garden and let them play with the flowers as I am showering my plants,” he said. He likes to watch them play with flowers and plants while he tries to capture these moments and get some interesting shots.

One of the most adorable shots from the series shows two frogs, one seemingly shielding the other from the rain under a flower umbrella. He was lucky to spot the scene and capture it, and he said that the moment was truly something special. He could only get a few frames as the moment like this couldn’t get staged and repeated, but he was quick to push the shutter button and get this adorable shot: 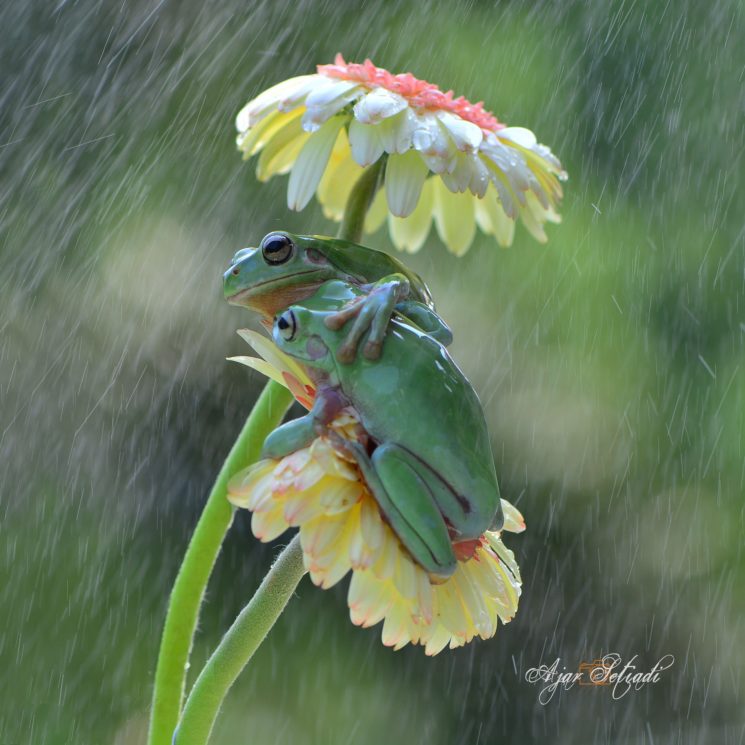 Check out more photos from the series below. And if I still haven’t convinced you that frogs are adorable, make sure to visit Ajar’s Instagram for even more photos, which will hopefully change your mind once and for all. 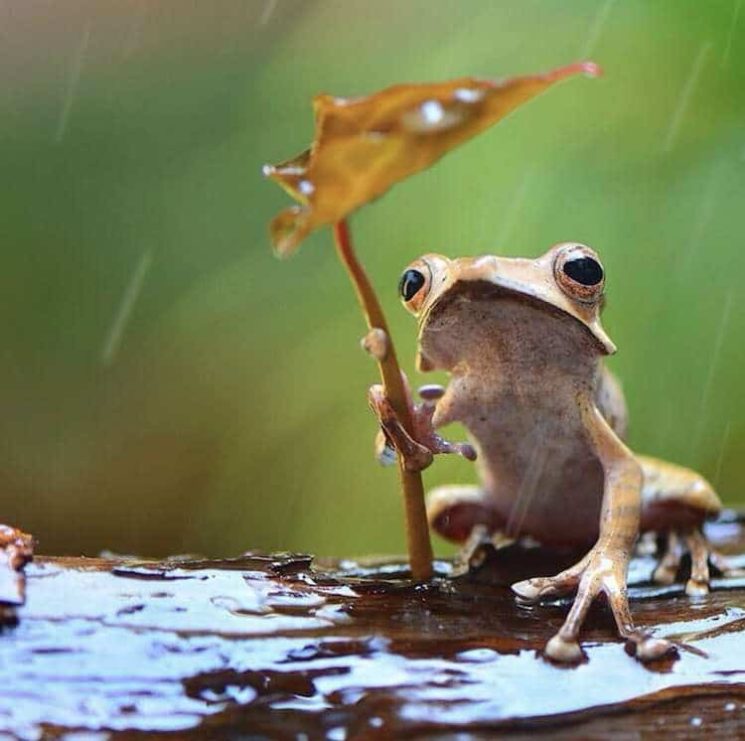 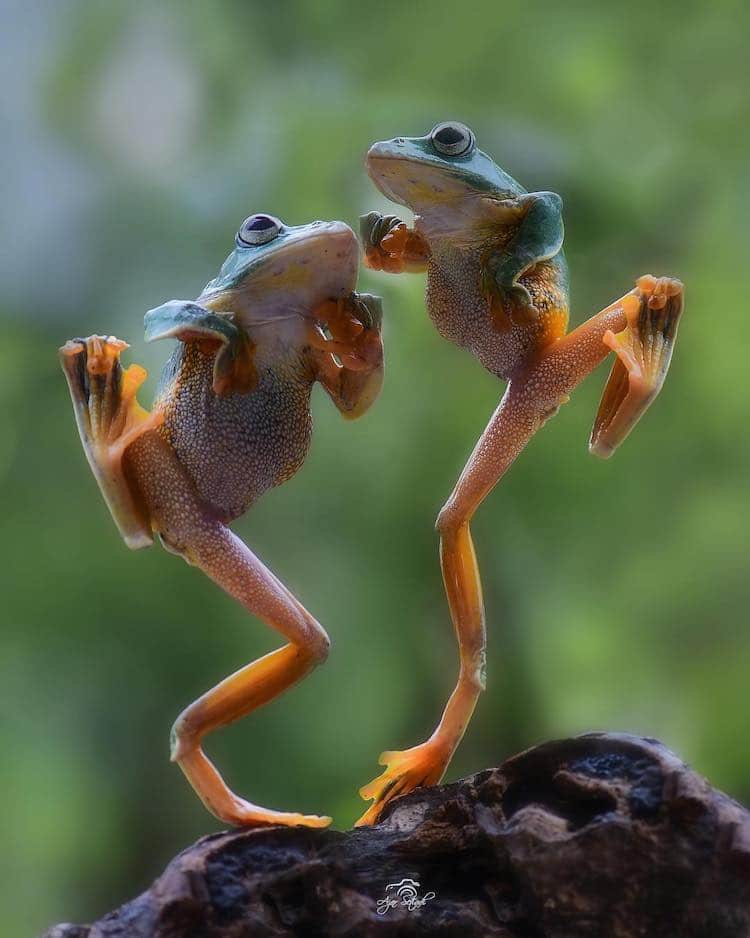 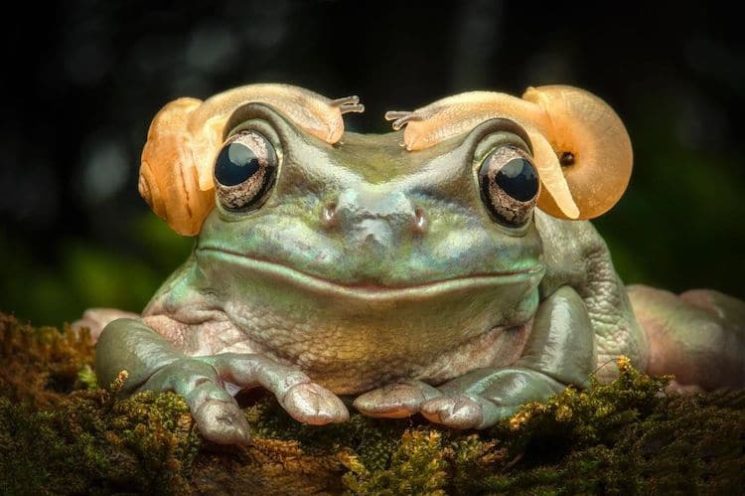 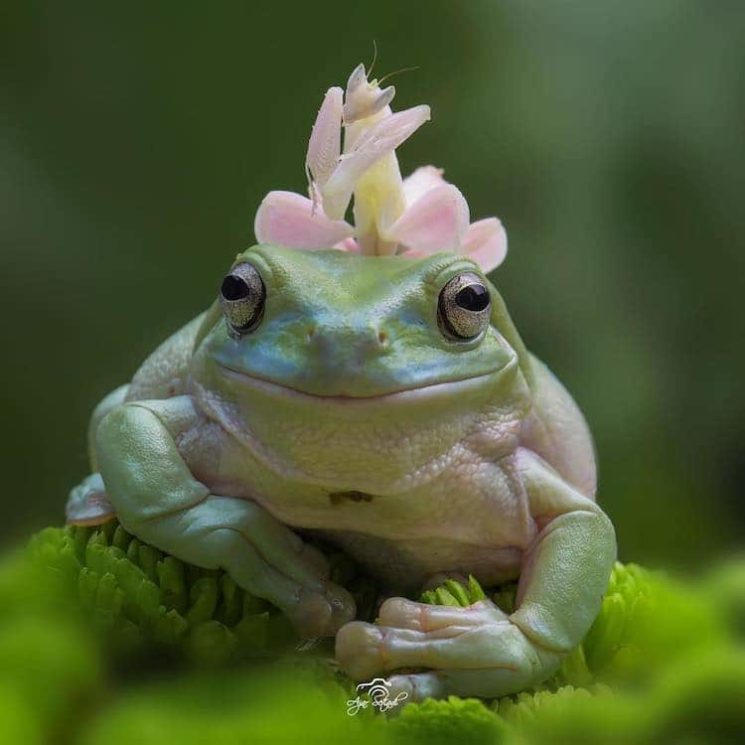 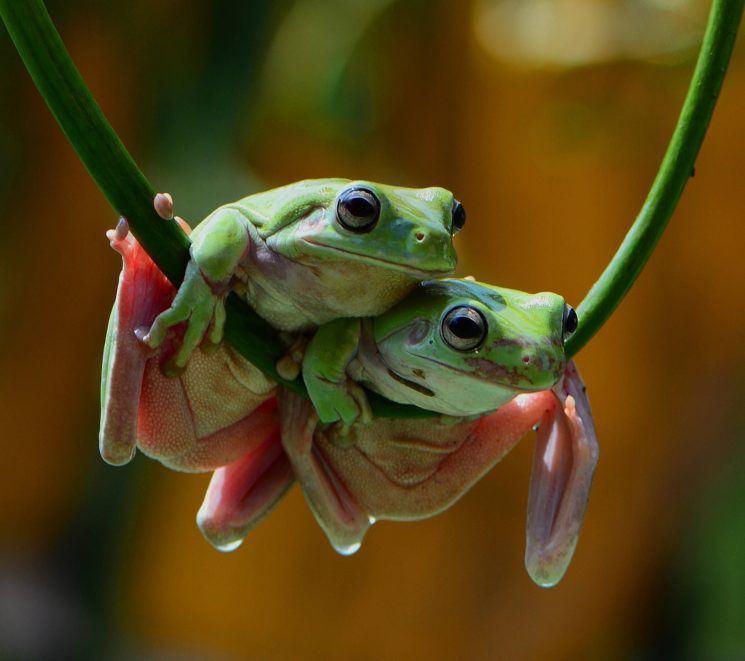 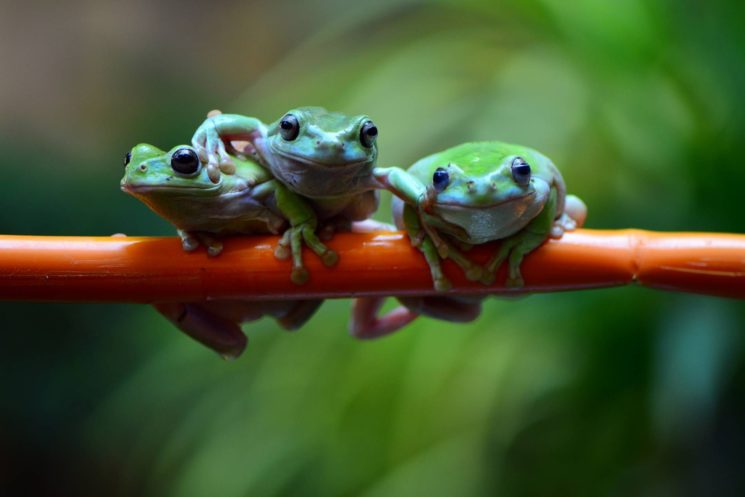 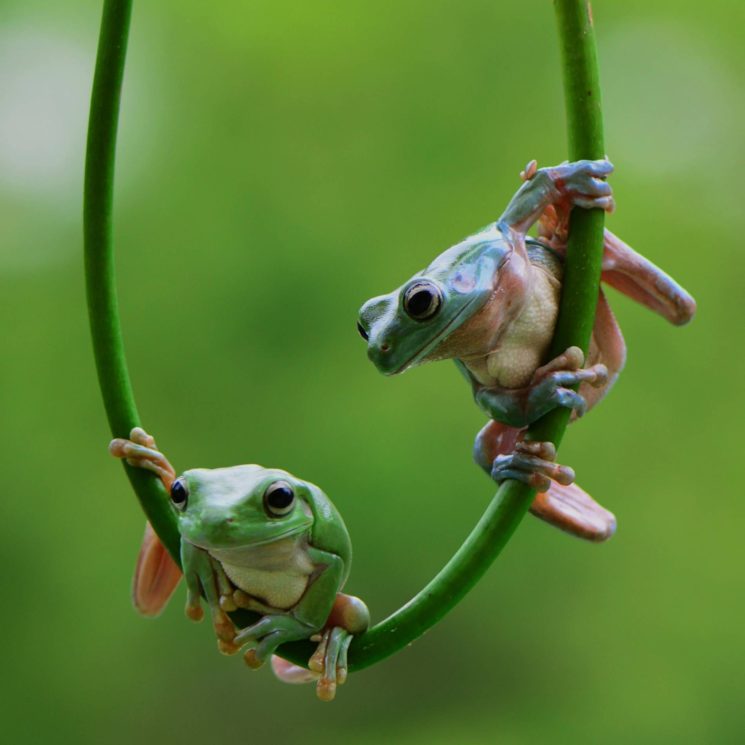 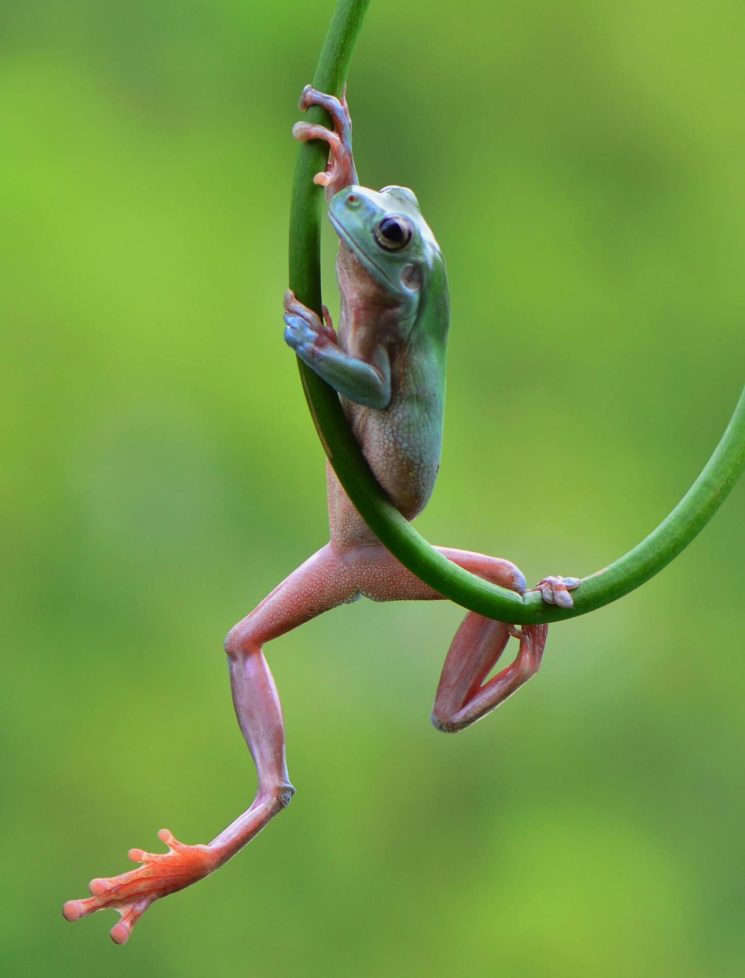 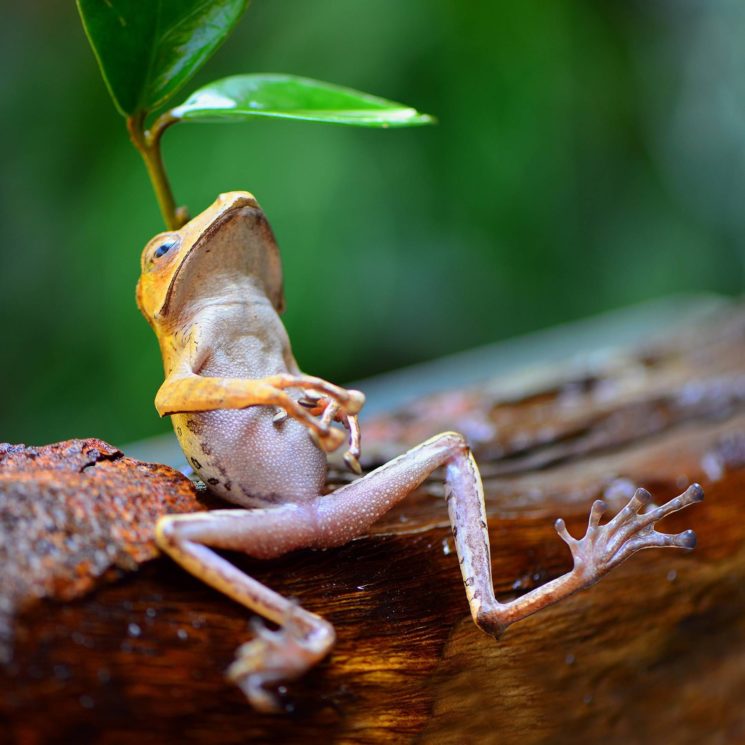