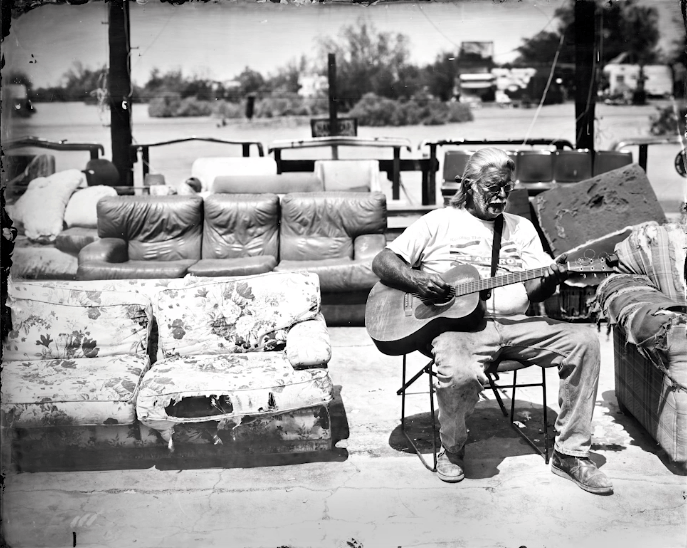 After building his amazing truck camera, Ian Ruhter went traveling across the US, taking huge wet plate photos. During the filming of a documentary about the residents in Slab City, Ian was attempting to make the world’s largest ambrotype. Actor Gary Oldman joined Ian on set and documented his process, as a colleague and a friend.

This collaboration and their friendship led to creating a short movie “The Carnival of Dreams”, the last installment of Ian’s Silver & Light project. It depicts the bond between colleagues, friends, loved ones and soulmates. It also shows the process that takes place within this journey, the stories of people they’ve met in Slab city and the amazing ambrotype portraits they made.

Ian Ruhter and his crew were in Slab City, CA, where they were filming a documentary about this “snowbird” community. He and Will Eichelberger found the way to build the world’s largest ambrotypes, as big as 46 x 59 inch (117 x 150 cm). They used glass plates and the mobile camera to create portraits of the Slab City residents. 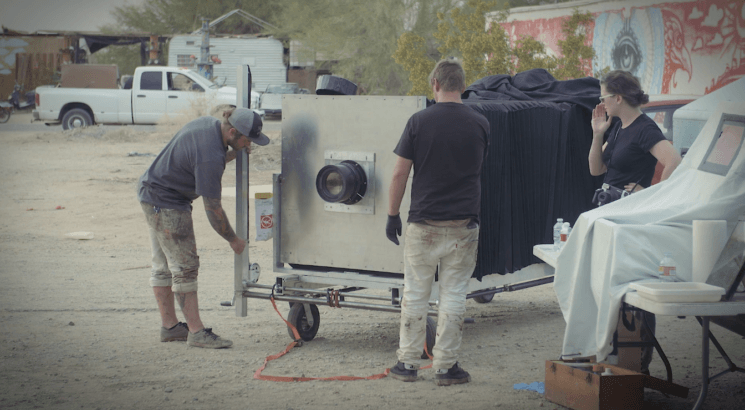 When asked why Slab City, Ian said that this place has wonderful people who live in a harsh and rugged environment, and they all have wonderful stories. And indeed, the portraits Ian made in this place show strong, interesting people. And I’m sure they all have a story to tell, which most of us can’t even imagine. As a matter of fact, you can hear a few stories in the movie and take a peek inside the lives of these people.

Ian says there’s always anxiety and excitement before taking a shot because you never know if it’s going to work. But according to the results, it did work. He produced some soul-captivating photos of the Slab City residents. You can see in their eyes and faces that there’s a long story behind each of them.

Ian and Gary took photos together and eventually took photos of each other. For both of them, this was a journey of learning, and I’m sure it was an amazing experience. After all, “The Carnival of Dreams” shows it all.

[The Carnival of Dreams | Ian Ruhter]

Close And Personal Photos From The Heart Of The Revolution In Kiev, Ukraine