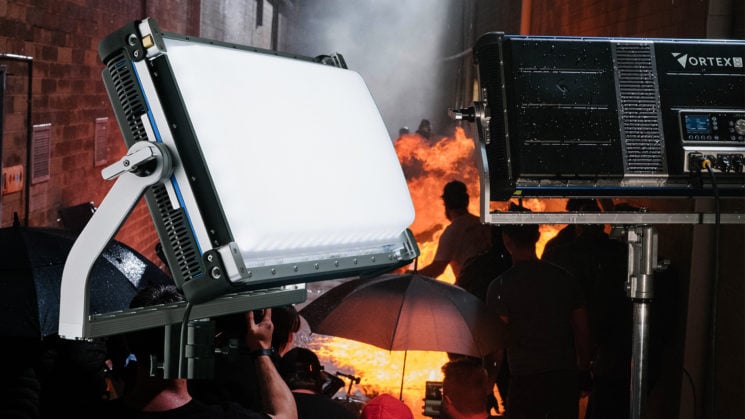 Well, this is an interesting looking light, if not cheap, by any stretch of the imagination. Coming in at $4,999, the Vortex8 is the new flagship LED panel from Australian lighting manufacturer Creamsource. It’s a high powered 650W LED panel with a 60 x 30cm front face and it’s IP65 rated for use in even the wettest of weather.

If you haven’t heard of Creamsource before, that’s perhaps not too surprising. They’re not a common name amongst most photographers and filmmakers. But their kit has been used to light the likes of The Mandalorian, Captain Marvel, Black Panther and more.

Thanks to a pretty narrow 20° beam angle, the 650W Vortex8 is the equivalent of a 1.2K HMI Fresnel and puts out an impressive 13,900 lux at 3 metres at a 5600K daylight white balance. And given its size, it’s going to be moderately soft when used close to your subject without any kind of modifiers. 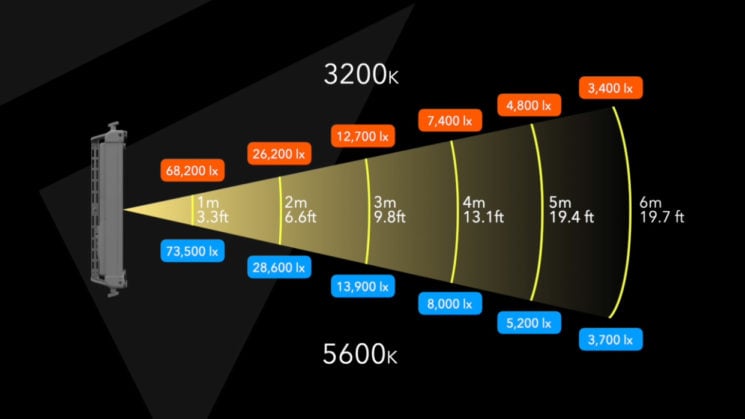 This isn’t just a 5600K daylight LED panel, though, it’s RGBW, offering a wide range of colour options to light your scene. It has an extremely wide Kelvin range of 2,200K all the way up to 15,000K, allowing it to blend in with an array of “white” lighting situations you might find yourself having to match with.

The Vortex8 has eight attachment points to allow for maximum versatility in rigging and it offers probably the most connectivity I’ve seen in an LED light, with LumenRadio built-in and support for Ethernet, Bluetooth, TimoTwo, 5-pin DMX, WiFi, USB Type-A and Creamsource’s own accessory port. 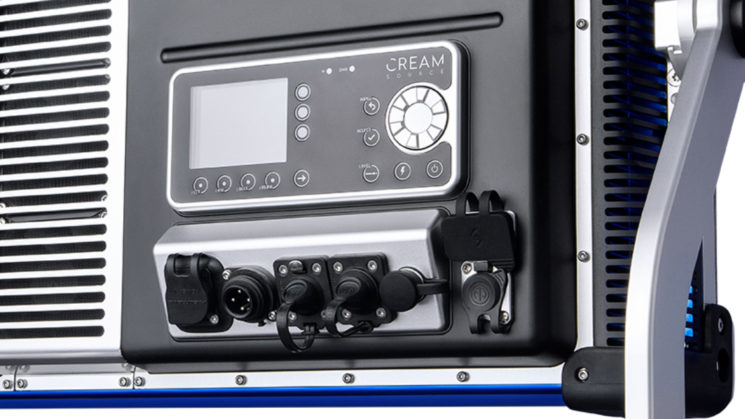 And once it is rigged, you have little to worry about as far as the weather’s concerned, because it’s IP65 rated, meaning you could put it outside in a hurricane and it’d likely come out the other side just fine. It certainly shouldn’t be bothered by a bit of rain, snow or dust in the air. 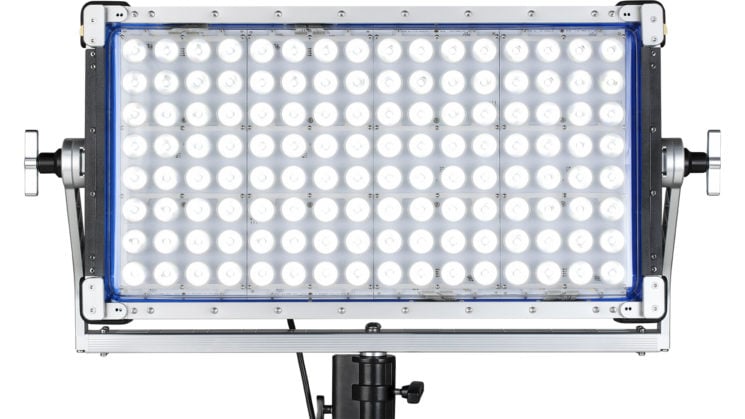 It’s a pretty insane light, with a matching insane price tag. It’s not the kind of thing you’re going to be pulling out to shoot a vlog. But if serious cinema is what you want to shoot, then you need some serious kit to shoot it, and that’s where this light steps in.

If you are one of those serious types with a budget to match, the Creamsource Vortex8 is available to pre-order now for $4,999 and begins shipping at the beginning of October. You can find out more about it on the Creamsource website.