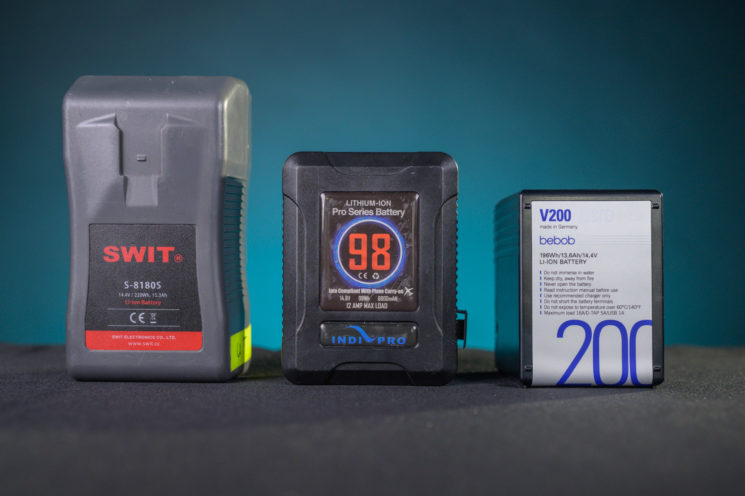 We don’t write about batteries often; I mean, they are batteries, they deliver power, that’s the end of it, right? The V200MICRO from Bebob showed me that there is still room for innovation in the v-mount space. And that you can innovate even without adding an App-enabled battery to your line.

The first thing you’ll notice about the V200 is its size. And not because it’s big. The opposite, It’s a tiny battery for 196WH. Here is a quick side by side comparison between three batteries: the 196WH V200, a 98WH micro battery from IndiePro, and a 220WH battery from Swit. 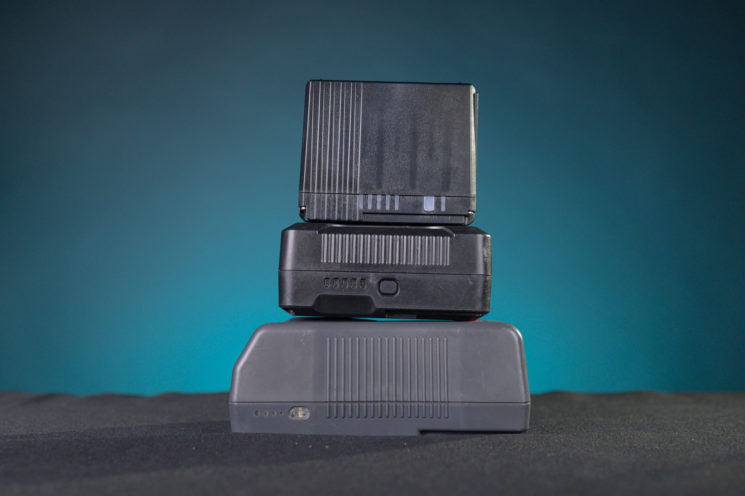 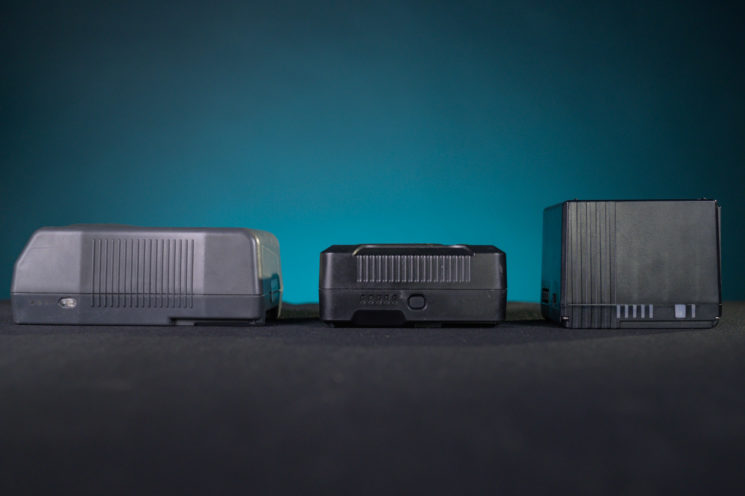 If you look at it from a production standpoint here is how it looks on camera, compared a SWIT with similar capacity: 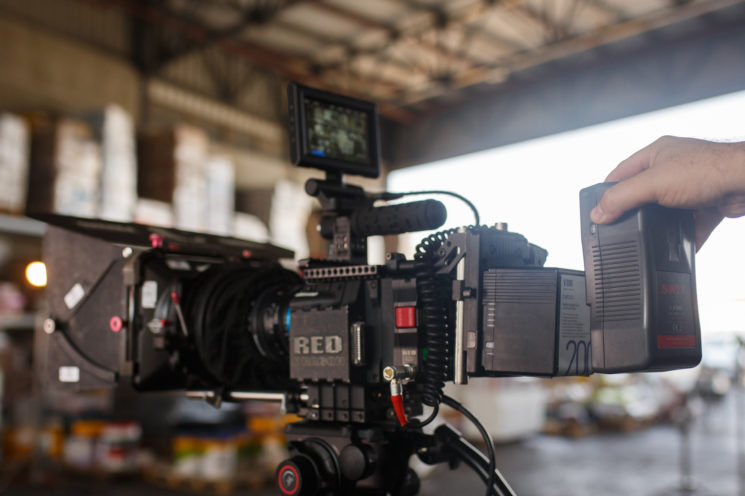 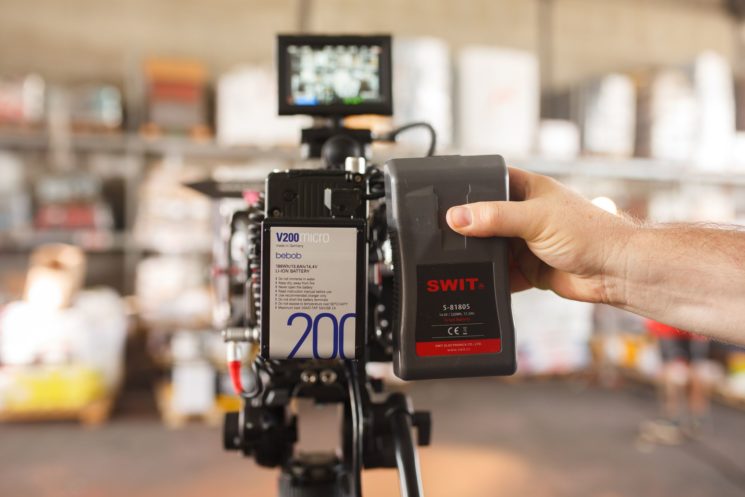 Sadly, the same shrinkage factor does not apply for battery weight. The V200 is 0.95 kilos (compared to 1.3k for the SWIT and 0.75k for the IndiePro)

Nontheless getting so much capacity in such a small form factor is a joy to work with. You can pack double the batteries in the same case.

The only caveat for a battery this big is that it will no go on airplanes. Safety regulations dictate a 100WH limit, and this battery is almost double. There are cases and bags to get around this, but it’s a topic for another post.

I did some performance tests on the battery and got really excellent results. With a 60 Watt light, we were able to pull three and a half hours of light. This is slightly above the rated 198WH, but I suspect there are some safety margins in place for time-degradation. With a 120 Watt light, we only got 82 minutes, but now we are talking about a 9.5 Watts draw. Most standard batteries can’t even handle this amount of current. A RED Epic, shooting on high settings, takes about 60W, so it would last for well over three hours.

(After my test, I saw that the DTAP is only rated for 5Amps, it did more than that with our testing. It also probably means that once you use the dedicated VMOUT ports, you would draw more power from it. )

I’ve been using this battery for a few weeks now, so I consider it a fresh battery. I assume that over time, performance will degrade a bit.

Aside from the very comfortable form factor, the V200 features quite a few perks to justify the $499 price tag.

Remember USB-C came out, and you stopped fiddling with the right way to plug a USP cable into a device? Bebob brought a reversible DTAP connection to the V200. Well, it is not exactly reversible; instead, it features three ports, and you can choose the orientation that the DTAP goes in. Aside from being a fun benefit, it helps when your rig calls for the cable to go from a particular side. 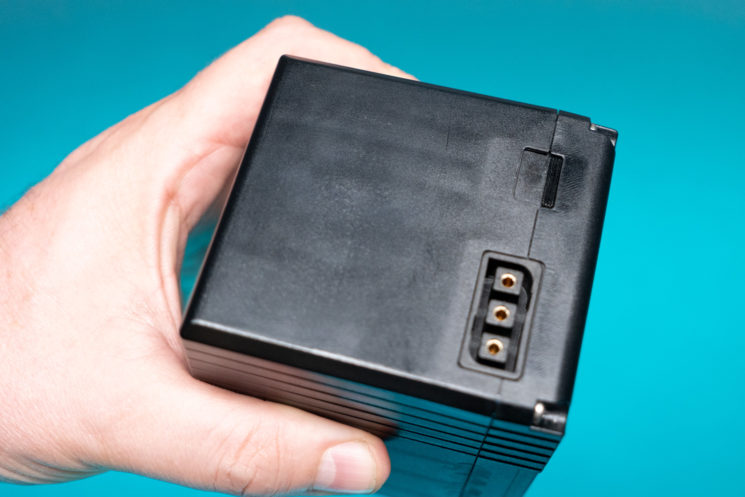 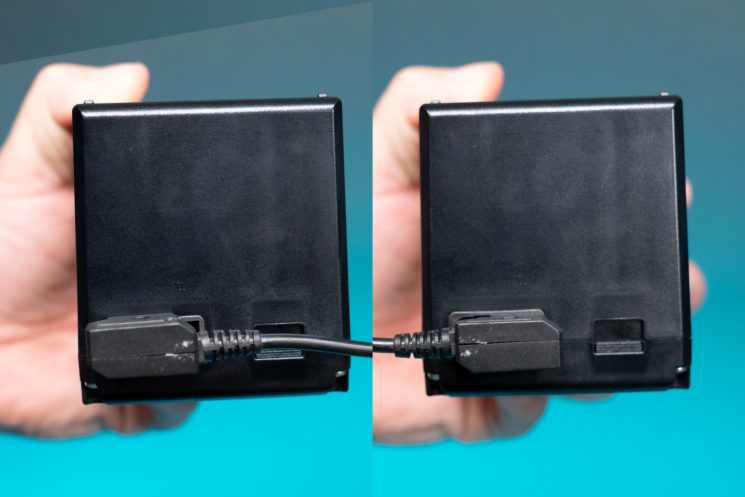 I know that the V200 isn’t going to be my main light, in any given set. Heck, I would not even use it as a flashlight. But it does feature a tiny LED that provides just the right amount of light for setting up a rig in the dark. It’s not very big, and it’s not very bright. Nonetheless, it is one less thing you ha to worry about, and for that, Bebob has my appreciation. 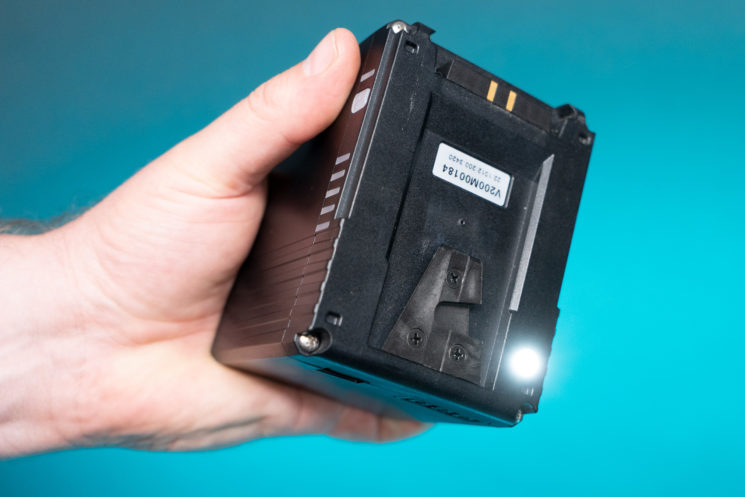 The last feature is the USB port. This is something I have seen on other batteries, and almost every battery that comes out now features a USB port, but this one has a lovely door that slides to protect it from dust. Sadly, it is a very power-frugal port that only provides 1 Amp at 5 Volts.

The battery also features the usual Fuel Gauge with five LEDs and be charged through the Vmount or the DTAP ports. In that regard, I like the design and the robustness, but those are standard features that I don’t think are worth lingering on. 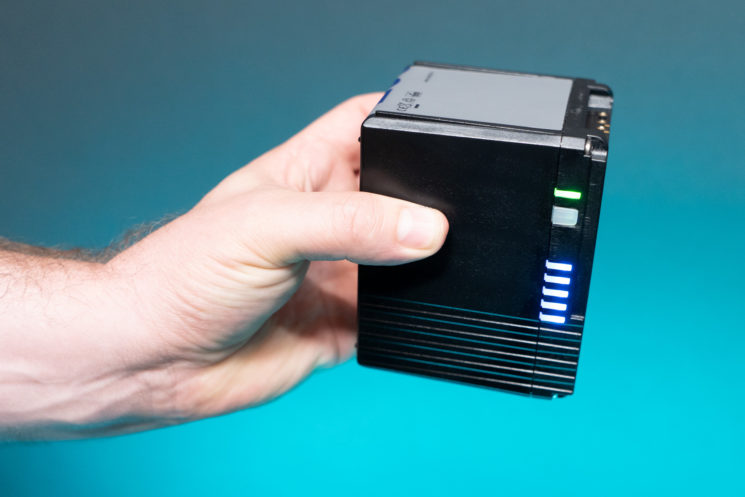 I like this battery a lot. Compared to my previous options, I can carry about twice the capacity in the same space. I know Bebob cares for their community because of how they made this battery. Small compact and loaded with features that help my workflow. On the plus side, Bebob has the tiny, light form factor, the impressive array of features, and the massive draw capabilities (plus it packs more power than advertised). On the negative side, the USB port is weak, the DTAP is only 5 Amp, and it can’t go on a plane. All in all, I think this is a wonderful battery and can easily justify the $499 price tag. I am curious, Do you prefer your batteries big and loaded with capacity or small and with lower power?